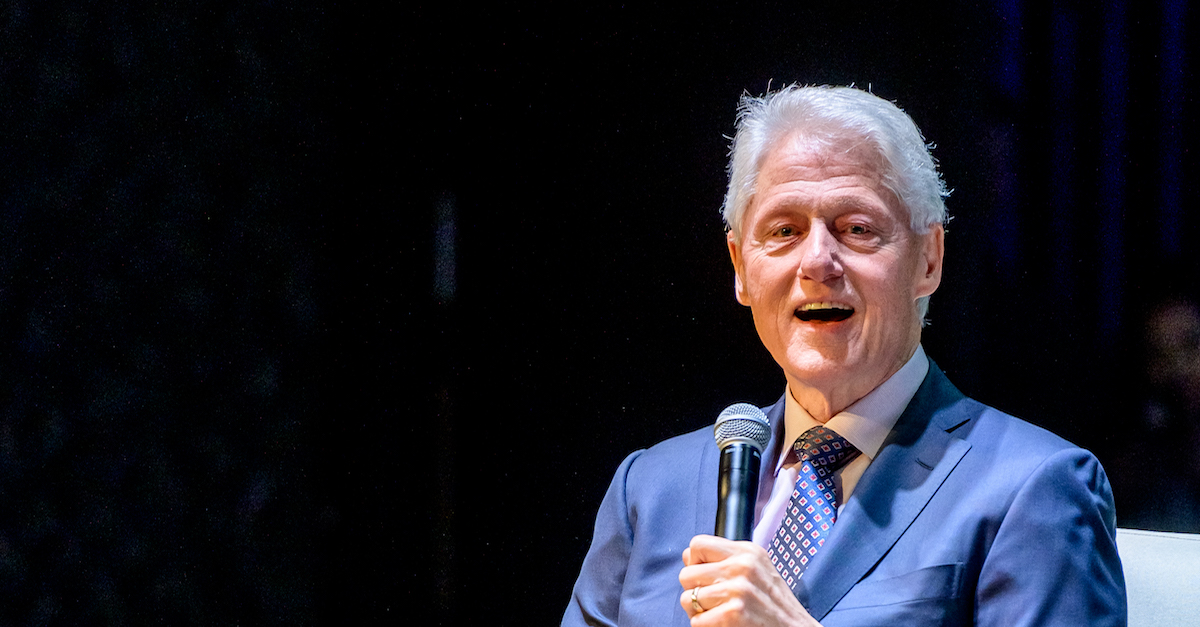 According to investigative journalist, author, and executive director of Alliance to Rescue Victims of Trafficking (ATRVT) Conchita Sarnoff, former President Bill Clinton is lying when he says he “knows nothing” of Jeffrey Epstein‘s sexual predation. Despite the fact that Clinton’s name appears on several flight logs of Jeffrey Epstein’s private jet, Clinton denies having knowledge of any wrongdoing on the part of the Brooklyn-born multi-millionaire.

Clinton’s press secretary Angel Ureña said in a statement on Monday that Clinton “knows nothing about the terrible crimes Jeffrey Epstein pleaded guilty to in Florida some years ago, or with those which he has been recently charged in New York.”

Clinton has insisted that he only took “a total of four trips on Jeffrey Epstein’s plane”–dubbed the “Lolita Express”–in 2002 and 2003 and was surrounded by a secret service detail the entire time. He also said that his meetings with Epstein were brief and infrequent.

Sarnoff, who first broke the story in 2010 and later wrote a book on her findings, said that these figures are inaccurate and that Clinton was on the plane far more often than he admitted.

“I know from the pilot logs and these are pilot logs that you know were written by different pilots and at different times that Clinton went, he was a guest of Epstein’s 27 times,” Sarnoff said, adding that “many of those times Clinton had his Secret Service with him and many times he did not.”

Investigative journalist Conchita Sarnoff, who has done extensive reporting on Jeffrey Epstein, on Bill Clinton: “Almost every time that Clinton's name is on the pilot logs there are underage girls, there are initials and there are names of many many girls on that private plane” pic.twitter.com/YbWDPkkKMx

“Almost every time that Clinton’s name is on the flight logs, there are underage girls there. There are initials and there are names of many, many girls on that private plane,” Sarnoff added.

She went on to say that Gerald Lefcourt, one of Epstein’s attorneys during his original arrest, claimed in a letter that has since been made public that Epstein was an original funder of the Clinton Global Initiative (Disclosure: Lefcourt’s byline has appeared on a couple of Law&Crime op-eds in the past). Sarnoff said that all requests to interview Clinton about this were denied.