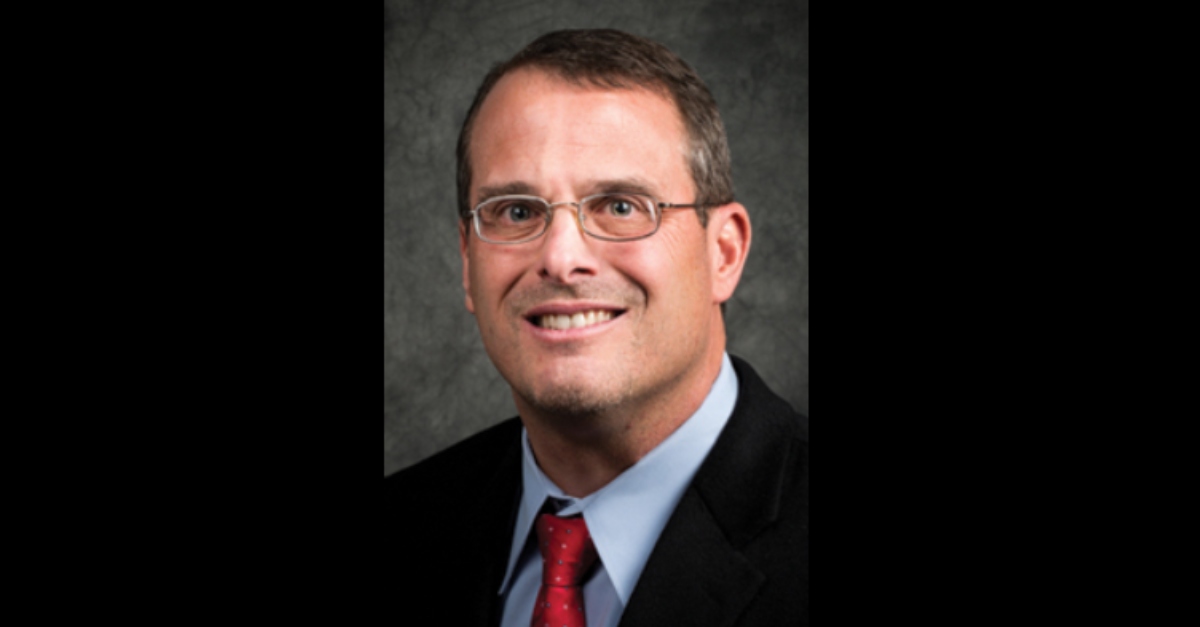 A Republican lawmaker in West Virginia is charged with allegedly seeking the services of a sex worker. State Sen. Mike Maroney was arraigned Wednesday for conspiracy, house of ill fame/assignation, and prostitution, according to The Intelligencer. He was released on his own recognizance after facing a $4,500 bond.

According to a criminal complaint I’ve obtained, the prostitution ring was led by a Cortni Clark. Clark exchanged text messages with a number that was registered to Maroney. These included a face-on photo, which was compared to Maroney’s ID @WTOV9

Just got off the phone with Glen Dale police chief Ed Vogler, who told me that Maroney turned himself in at 9:00 this morning @WTOV9

The case stems from the arrest of an alleged prostitute. Police say that when they were investigating her, they found evidence of Maroney seeking her services. Authorities claim he texted her to set up an encounter.

She asked for a picture, saying this was routine, according to the criminal complaint. He allegedly balked at this request, and insisted he was “normal and nice.” She insisted, saying that she recently got robbed by a man using multiple phone numbers. Maroney hesitated sending a picture, but eventually did so, cops said.

Authorities claim they used this photo to confirm his identity. Maroney and the woman allegedly set up an encounter.

“Come fuck me,” she allegedly wrote while sending a photograph of herself.

Officers said they used a search warrant to seize a cell phone from the lawmaker’s car. They called the phone number used to communicate with the alleged prostitute–Maroney’s phone rang.

Maroney and his attorney Paul Harris did not respond to request for comment from Law&Crime about the new arrest. It was previously reported in mid-August that the lawmaker’s phone was seized. The attorney previously denied the lawmaker committed wrongdoing.

“I think the folks in Glen Dale police are on a fishing expedition,” Harris told The Intelligencer in a August 13 report. “Anyone who pops up, they grab their phone. Really, it’s a dangerous thing.”

He claimed to have interviewed the woman, and reported that she denied interacting with the lawmaker.

It’s unclear if the woman charged in the incident, Cortnie Clark, has an attorney in this matter.  She is out on $2000 bond, and scheduled for a hearing to take place Sept. 4, according to The Intelligencer.