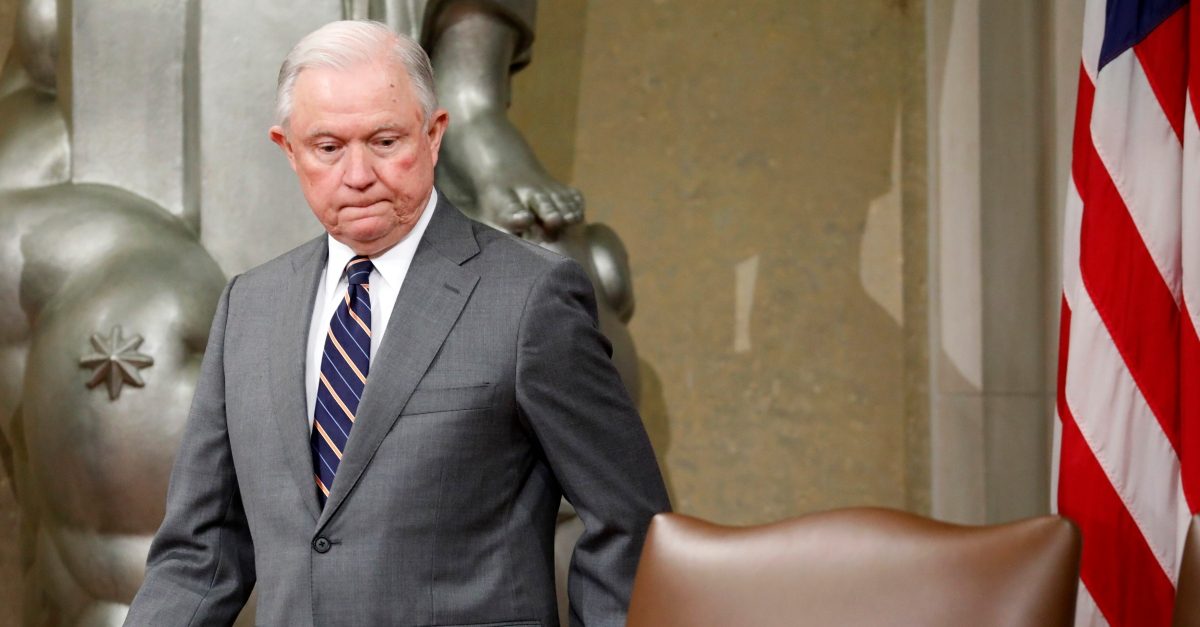 Former U.S. Attorney General Jeff Sessions referred to Professor Henry Louis “Skip” Gates Jr., the director of Harvard’s Hutchins Center for African and African-American Research and one of the nation’s most respected academics, as “some criminal” during an interview with The New York Times Magazine.

Sessions made the comment during a wide-ranging discussion about his time as the top law enforcement official in the Trump administration. The former Alabama senator defended many of his more controversial undertakings, particularly his largely successful efforts to dismantle the measures taken by the Obama administration to reform law enforcement in the wake of the Michael Brown shooting in Ferguson, which Sessions viewed as coddling criminals.

That’s when Sessions decided to refer to Gates, who was infamously arrested in his own home by a white police officer in 2009, as “some criminal.”

“The mantra was: ‘Back to the men and women in blue,’” Sessions told Times reporter Elaina Plott, referring to his message upon taking over the Justice Department. “The police had been demoralized. There was all the Obama — there’s a riot, and he has a beer at the White House with some criminal, to listen to him. Wasn’t having a beer with the police officers. So we said, ‘We’re on your side. We’ve got your back, you got our thanks.’”

The comments were published Monday.

Sessions was clearly referencing President Barack Obama’s attempt to assuage outrage over what many viewed as a racially motivated arrest by inviting both the professor and the officer who arrested him to the White House for an event dubbed the “beer summit.”

The Times gave Sessions a chance to revise his statement. He did not.

“Asked whether this was a confused reference to the meeting Obama had with the scholar Henry Louis Gates Jr., who had been wrongfully arrested entering his own home, and the police officer involved in the arrest, a Sessions spokesman declined to elaborate,” the report stated.

Sessions, who is currently running against former Auburn University football coach Tommy Tuberville in the GOP Senate primary, also defended the policy of separating migrant children from their families.

“He recounted the outrage over his use of Scripture to defend border agents separating migrant children from their families, calling it ‘totally ridiculous,’” the Times story continued. ‘I was right about that,’ he said. ‘I wish I’d fought it.’ Then, in a disturbing, guttural voice, he mocked much of the nation’s reaction: ‘Nooooo, this is a poor child! They just want a job!’”

President Donald Trump has made his thoughts on Sessions and the Senate race quite clear in recent days and months.