Jacob Blake, Who Is Paralyzed from Waist Down, Is Handcuffed to His Hospital Bed: Father 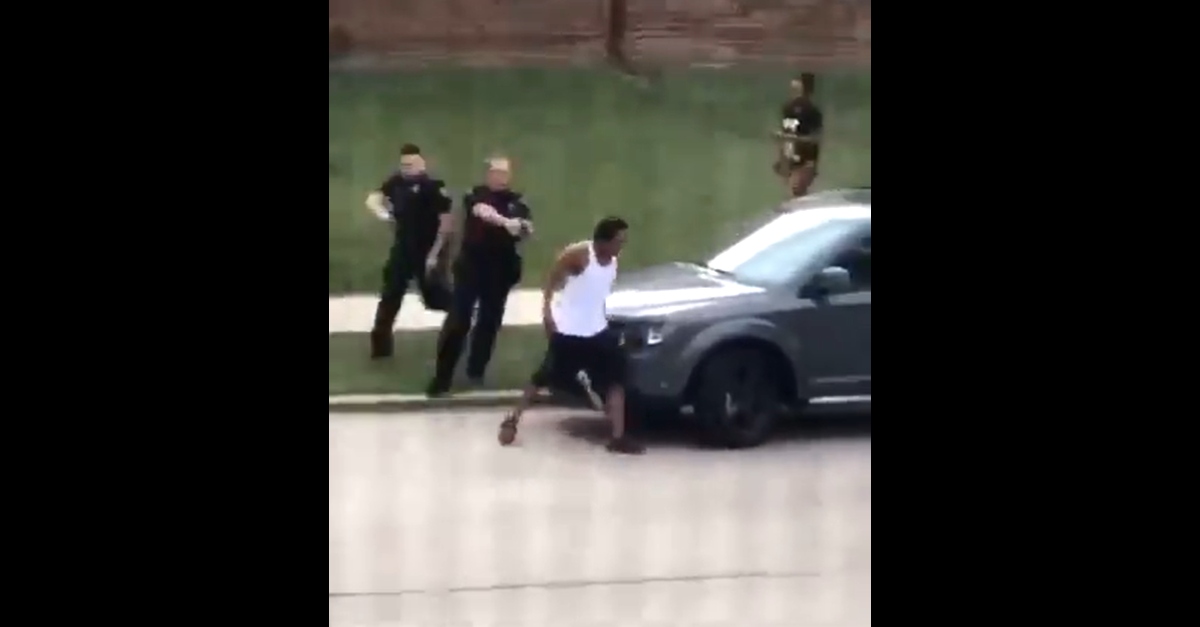 The father of Wisconsin man Jacob Blake says his son, already paralyzed from the waist down after police shot him seven times in the back, is handcuffed to a hospital bed.

“I hate it that he was laying in that bed with the handcuff onto the bed,” father Jacob Blake Sr. told The Chicago Sun-Times. “He can’t go anywhere. Why do you have him cuffed to the bed?” It was unclear what precisely his son was arrested for.

Kenosha police, the local district attorney’s office, the Wisconsin Department of Justice did not immediately respond to a Law&Crime request for comment.

Blake, who is Black, was shot by police on Sunday. Witnesses said he was at the scene trying to stop a fight between two women. Police told a different story.

“Complaint says Jacob Blake isn’t supposed to be there and he took the complainant’s keys and … is refusing to give them back,” the dispatcher reportedly said.

As seen on video, Blake walked away from police, circled around an SUV, and opened the driver’s side door. Authorities said that an officer fired his service weapon seven times; the officer was identified by the Wisconsin Department of Justice as Rusten Sheskey, a 7-year veteran of the Kenosha Police Department. Blake’s sons were in the vehicle at the time.

“While holding onto Mr. Blake’s shirt, Officer Rusten Sheskey fired his service weapon 7 times. Officer Sheskey feed the weapon into Mr. Blake’s back. No other officer fired their weapon,” the statement continued. “Kenosha Police Department does not have body camera, there the officers were not wearing body cameras.”

A new video, which was recorded from the other side of the vehicle, showed that there was a struggle between Blake and police in the moments before Blake walked around the vehicle and opened the driver’s side door. Police said that they unsuccessfully used a Taser before the shooting.

The shooting resulted in most of Blake’s colon and small intestine having to be removed, his attorneys told reporters. Blake’s father said on Tuesday that his son was paralyzed from the waist down and that doctors don’t know if that will be permanent.

According to the Wisconsin DOJ, “during the investigation following the initial incident,” Blake “admitted that he had a knife in his possession.” Authorities said they found a knife on the driver’s side floorboard of the SUV.