In a Bizarre Twist, Alex Jones Could Be Going to Connecticut Supreme Court 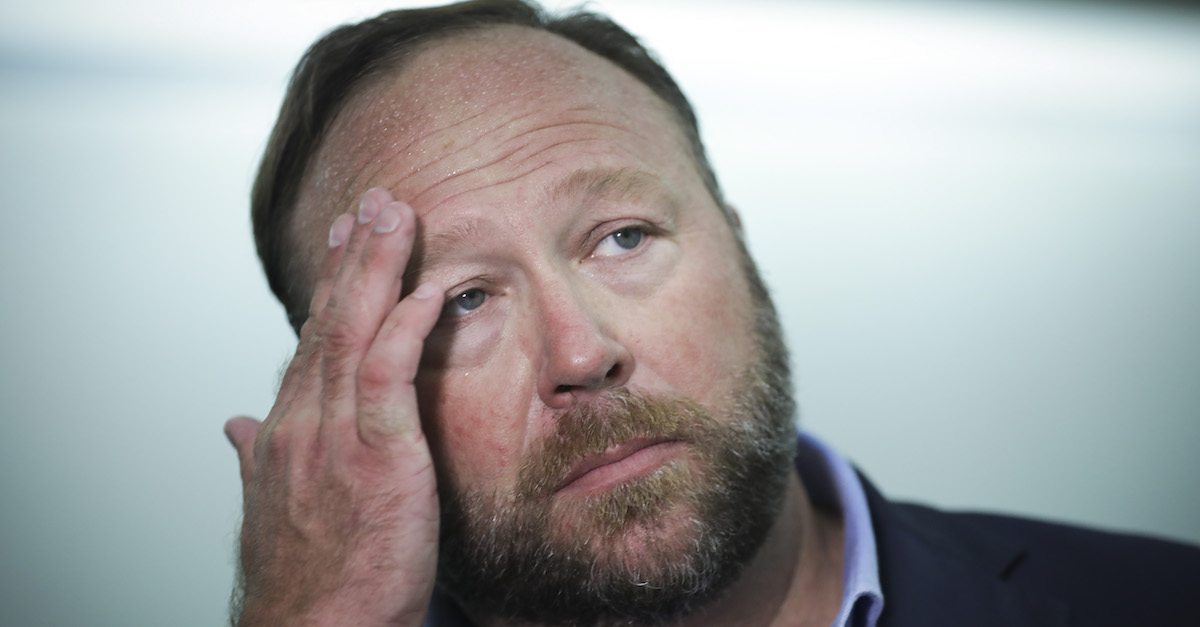 The Connecticut Supreme Court agreed to hear an appeal from Alex Jones and his attorneys, a strange twist in a case between relatives of Sandy Hook Shooting victims and the famous conspiracy theorist, according to a report by the Washington Post. Eight families and an FBI agent who responded to the shooting are suing Jones for defamation via his website Infowars. Jones and those who watch his show have allegedly accused parents and children of being “crisis actors.”

This case has already had its fair share of twists and turns. Jones previously accused the attorneys of the Sandy Hook victims of planting child pornography in his discovery documents while on air. He then brandished a photograph of attorney Chris Mattei and punched it.

This behavior got Jones sanctioned by a Superior Court Judge Barbara Bellis and he was ordered to pay some of the plaintiffs’ legal fees and that the defense wasn’t allowed to pursue a motion to dismiss.

This is where Jones’ attorney Norm Pattis sprung into action, describing Bellis’ sanctions as “an obscene mockery of core constitutional values” because outlandish, offensive, and conspiratorial speech is protected by the first amendment.

The plaintiffs’ lawyers argued, “There is no substantial public interest in allowing a litigant to abuse the discovery process and to threaten and harass opposing counsel.”

Josh Koskoff, an attorney representing the Sandy Hook families, is open to the record being reviewed saying, “It is more important than ever that the Courtroom remains a place where the rule of law matters, where Court orders matter, where being truthful matters and where litigants can pursue their rights and justice can be dispensed free from intimidation or threats.”

Oral arguments will be heard before the state Supreme Court this September.