Impeachment Expert on Pelosi Strategy: ‘I Couldn’t Have Designed a Weaker Process if I Tried’ 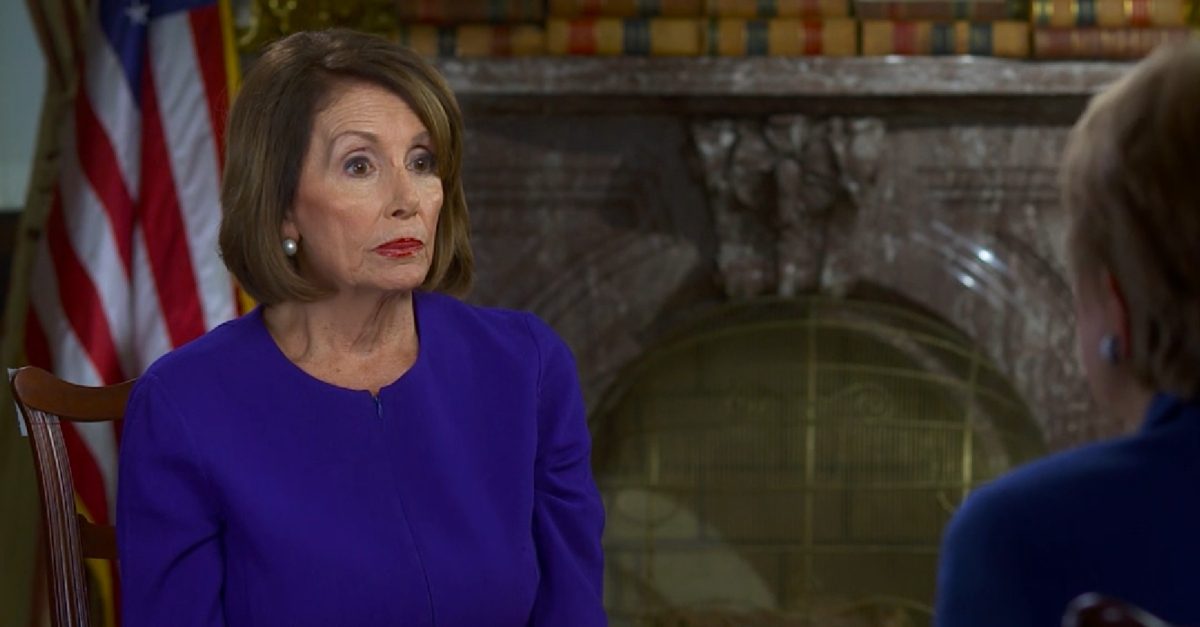 Unlike a criminal trial, the impeachment process does not mandate specific processes that must take place in order for a congressional investigation into the president to be deemed a formal or official impeachment inquiry, a point made by University of Texas law professor Steve Vladeck immediately after Pelosi’s announcement.

“The Constitution doesn’t impose any procedural requirements on the House along the potential path to impeachment—including any requirement of adopting a formal resolution,” he tweeted, adding, “Up until the House actually votes to impeach, it’s bound only by its own rules.”

While there are formal steps the House could take in order to enhance the current investigations into Trump, Pelosi didn’t state Decmocrats’ intention to take any new action regarding the impeachment process.

After questioning whether Pelosi’s press conference was just “jibber jabber,” CNN legal analyst and attorney Ross Garber, who specializes in impeachment proceedings, refuted the notion that her new position indicated that passing articles impeachment had suddenly become a viable option.

“Silly take. No. This isn’t how you’d do an impeachment process if you thought you’d actually impeach. You’d form a select committee or you’d staff up the judiciary committee,” he tweeted.

“So, basically Pelosi made a statement saying the House is going to keep doing what it has been doing. No House resolution authorizing an impeachment inquiry like in Nixon and Clinton. No additional resources. No authority conveyed to Judiciary Committee or select committee,” he said, before adding, “I couldn’t have designed a weaker process if I tried.”

Even politicians from both sides of the political aisle appeared to confirm that nothing had changed.

CNN’s Manu Raju spoke to Democratic Rep. Eliot Engel (D-N.Y.), Chairman of the Foreign Affairs Committee, who confirmed that his panel did not plan on doing anything differently, writing that “although Pelosi has shifted her language, what House panels are doing is essentially the same as what they have been all along.”

“Speaker Pelosi’s decree changes absolutely nothing,” he wrote. “As I have been telling Chairman Nadler for weeks, merely claiming the House is conducting an impeachment inquiry doesn’t make it so. Until the full House votes to authorize an inquiry, nobody is conducting a formal inquiry.”