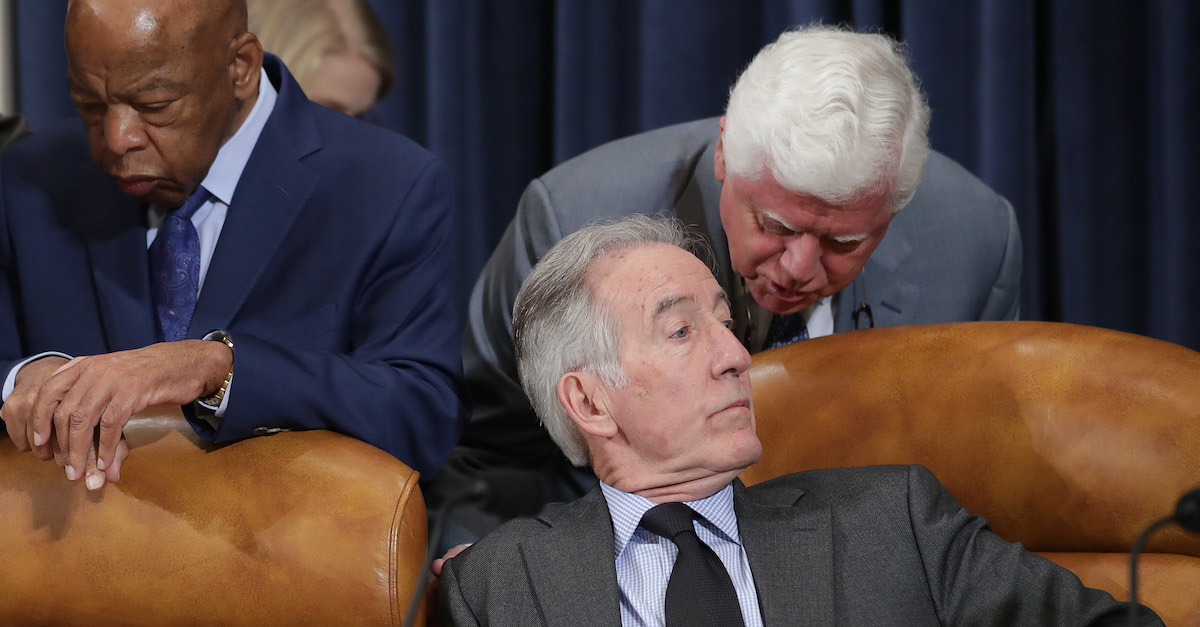 After New York State lawmakers went through the trouble of passing a bill that would allow Congress to get its hands on President Donald Trump‘s state tax returns, the president’s supporters said this was a “dangerous precedent” and a politically motivated one. It seems even House Ways and Means Committee Chairman Richard Neal (D-Mass.) agrees that taking advantage of this would cause collateral damage to his party by jeopardizing their case for obtaining Trump’s federal tax returns.

It was Neal who thrice asked Treasury Secretary Steven Mnuchin for Trump’s 2013-2018 tax returns, tax returns of eight Trump-related entities, statements about whether these tax returns are or were ever under audit, statements as to why there was an audit (if there was one), and more. Mnuchin denied the requests, and Neal followed with a subpoena. That was also flouted.

Neal was uniquely empowered to make the requests as chairman of the House Ways and Means Committee, and Neal would be the only Democrat allowed to request Trump’s state tax returns, according to Bloomberg.

Unlike colleagues who have advocated a by-any-means-necessary approach, Neal appears concerned about going there:

Neal has crafted his requests to Mnuchin by citing the need for the Ways and Means Committee to oversee the IRS’s annual audits of the president. He fears that seeking the state returns will weaken that argument.

“We don’t have jurisdiction over New York taxes,” Neal said.

It should be noted that at least one of Neal’s colleagues on the Ways and Means Committee agreed that it makes sense to be patient. “I have high hopes for a victory in the court,” Rep. Judy Chu (D-Calif.) said. “I think we should let that process play out.”

After all, this is a backup plan. In any event, New York Gov. Andrew Cuomo (D) still needs to sign the bill. That is seen as inevitable.