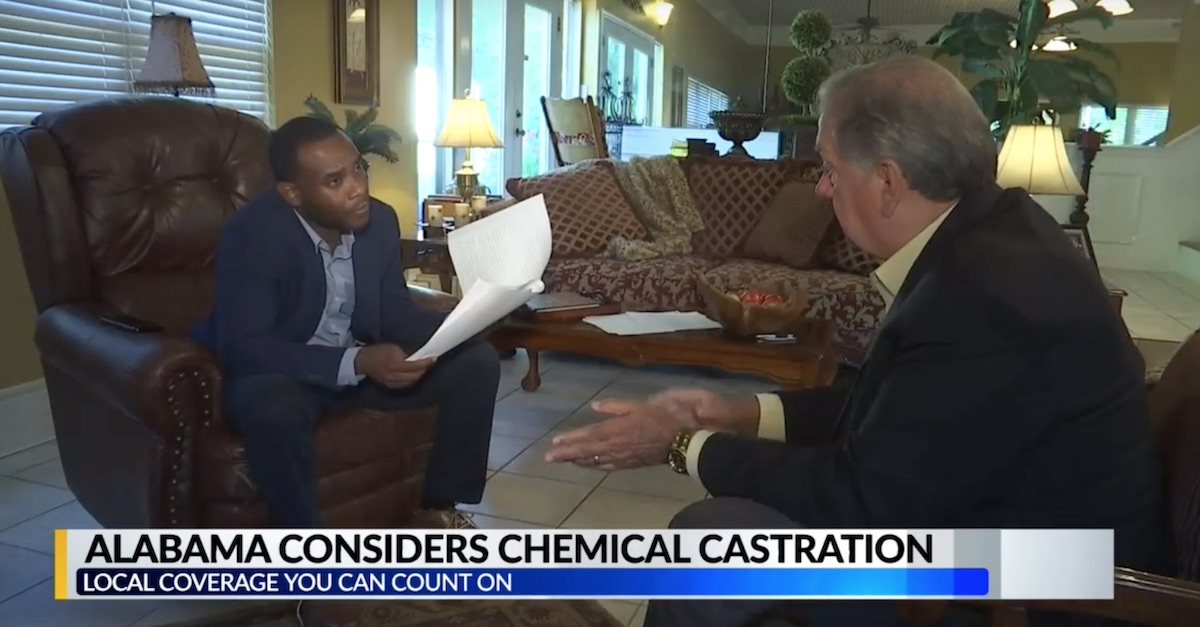 The legislation defines chemical castration treatment as “medication, including, but not limited to, medroxyprogesterone acetate treatment or its chemical equivalent, that, among other things, reduces, inhibits, or blocks the production of testosterone, hormones, or other chemicals in a person’s body.”

Parolees would be required to cover treatment costs and any refusal to receive the treatment will be treated as a violation of parole.

State Rep. Steve Hurst (R) introduced the bill, a measure he had previously attempted to pass through the legislature in 2016, though that bill required chemical castration for sexually assaulting minors age 12 and younger.

“I had people call me in the past when I introduced it and said don’t you think this is inhumane? I asked them what’s more inhumane than when you take a little infant child, and you sexually molest that infant child when the child cannot defend themselves or get away, and they have to go through all the things they have to go through. If you want to talk about inhumane–that’s inhumane,” Hurst said, according to WTVY.

Hurst reasoned that “If we do something of this nature it would deter something like this happening again in Alabama and maybe reduce the numbers.”

Republican State Rep. Allen Treadway was also a strong supporter of the bill, which he believes will strengthen public safety.

“Any action that we can take against a child molester that would prevent them from ever committing this type of crime again, I support, including chemical castration,” he said in an interview with WTVY. “I think this bill is one of those steps to ensure public safety.”

Alabama attorney Raymond Johnson responded to the bill, saying that legal challenges to the measure are inevitable.

“They’re going to challenge it under the 8th Amendment of Constitution. They’re going to claim that it is cruel and unusual punishment for someone who has served their time and for the rest of their life has to be castrated,” he said.

Johnson says child molestation is a serious offense, for which there are already serious consequences.