Accordingly, the GAO is referring questions about the consequences of Wolf and Cuccinelli’s “improper service” to the Department of Homeland Security’s Office of Inspector General (OIG) for review. That OIG referral cites Wolf’s actions involving the use of federal troops to quell protests, property damage and violence in Portland, Oregon, as among the areas of GAO concern. 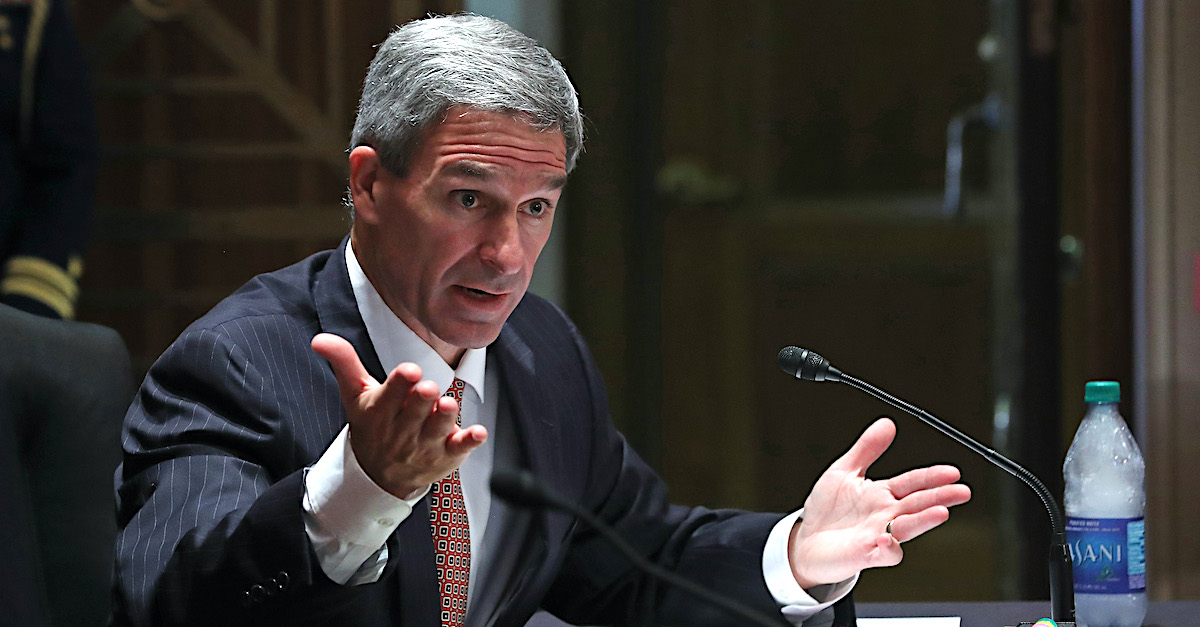 The legal issue at play surrounds two federal succession statutes, a presidential executive order, and a flurry of succession documents signed by various DHS officials over time. In short, the GAO accuses DHS of “apparently . . . mistakenly” interpreting that array of documents. The effect was a falling-domino-like series of moves — which the GAO says resulted in one incorrect official after another taking office. The report says some of those officials further altered the succession plans without legal authority. That resulted in the “invalid” installation of a series of officials in the upper ranks of the agency tasked with protecting America from terrorist attacks within its borders.

The core findings of the report are contained in this digest:

Upon Secretary Kirstjen Nielsen’s resignation on April 10, 2019, the official who assumed the title of Acting Secretary had not been designated in the order of succession to serve upon the Secretary’s resignation.  Because the incorrect official assumed the title of Acting Secretary at that time, subsequent amendments to the order of succession made by that official were invalid and officials who assumed their positions under such amendments, including Chad Wolf and Kenneth Cuccinelli, were named by reference to an invalid order of succession.  We have not reviewed the legality of other actions taken by these officials; we are referring the matter to the Inspector General of DHS for review. 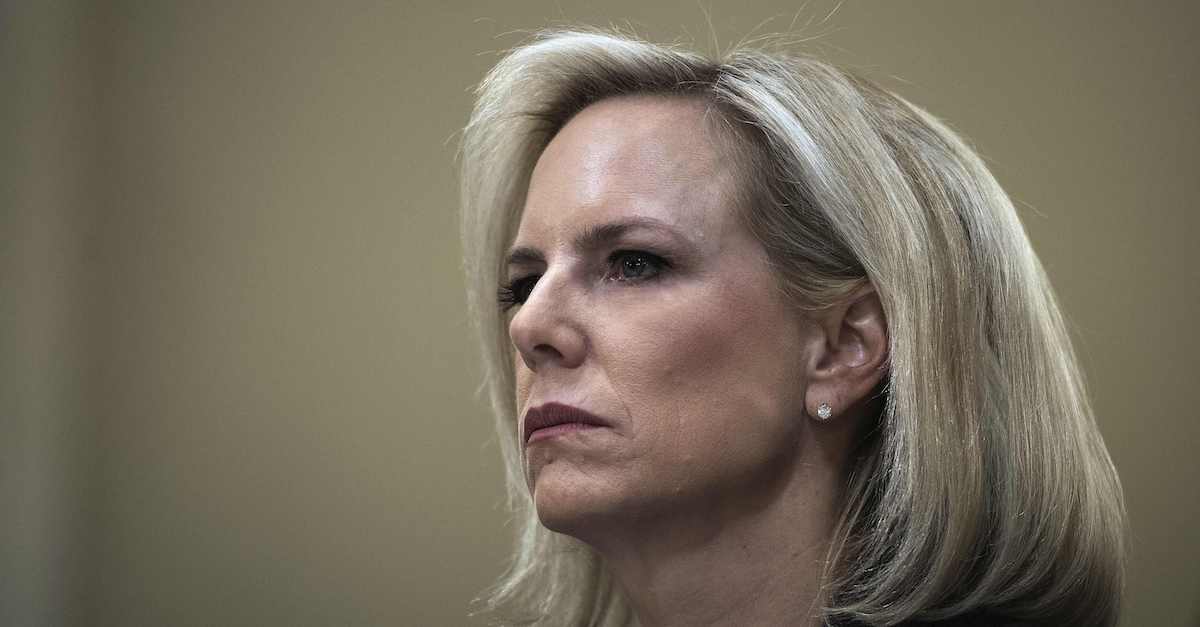 At issue is the legal operation of the Federal Vacancies Reform Act of 1998, which the GAO explains “provides for temporarily filling vacant executive agency positions that require presidential appointment with Senate confirmation.” However, in the case of DHS, a separate statute provides a succession plan. The powers of succession outlined in part and delegated in part by the DHS succession statute were further charted through a delegation order, known as HSA Delegation 00106 (signed by then-secretary Nielsen). That Delegation was itself changed over time through what the GAO refers to a “February Delegation” and an “April Delegation” — and by additional documents known as “Annex A” and “Annex B.” Additionally, an executive order, known as E.O. 13753 (signed by Barack Obama), is at play in the analysis as to precisely how DHS vacancies were supposed to have been filled.

What follows in the GAO’s report is a weedy assessment of those convoluted legal authorities. (Law&Crime recommends that it be printed for inclusion on the nightstands of those struggling with insomnia.) Bottom line: at one point, the GAO states that DHS screwed up by “[a]pparently . . . mistakenly referr[ing] to Annex A, rather than E.O. 13753” in its selection of a successor for a particular post. The mess-up resulted in “the incorrect individual assum[ing] the position of Acting Secretary.”

The GAO report further indicates that the HSA’s own lawyer provided a faulty analysis as to how the process was supposed to work — which may have been impacted by suggestions by Nielsen over who she wished her successor to be:

Notwithstanding the General Counsel’s statement in the Memorandum asserting the Secretary’s intentions in amending the April Delegation, the plain language of the delegation controls, and it speaks for itself. When Secretary Nielsen issued the April Delegation, she only amended Annex A, placing the Commissioner of U.S. Customs and Border Protection as the next position in the order of succession in cases of the Secretary’s unavailability to act during a disaster or catastrophic emergency. April Delegation Annex A. She did not change the ground for which Annex A would apply. DHS did not provide evidence of Secretary Nielsen’s designation under HSA in the case of her death, resignation, or inability to perform the functions of the office.

We are mindful that the timing of Secretary Nielsen’s resignation the next day and the subsequent actions and statements of officials—such as Secretary Nielsen’s farewell message to DHS12—may suggest that she intended for Mr. [Kevin] McAleenan to become the Acting Secretary upon her resignation. However, it would be inappropriate, in light of the clear express directive of the April Delegation, to interpret the order of succession based on post-hoc actions. [Legal citations omitted.] The April Delegation was the only existing exercise of the Secretary’s authority to designate a successor pursuant to HSA. As such, Mr. McAleenan was not the designated Acting Secretary because, at the time, the Director of CISA was designated the Acting Secretary under the April Delegation. 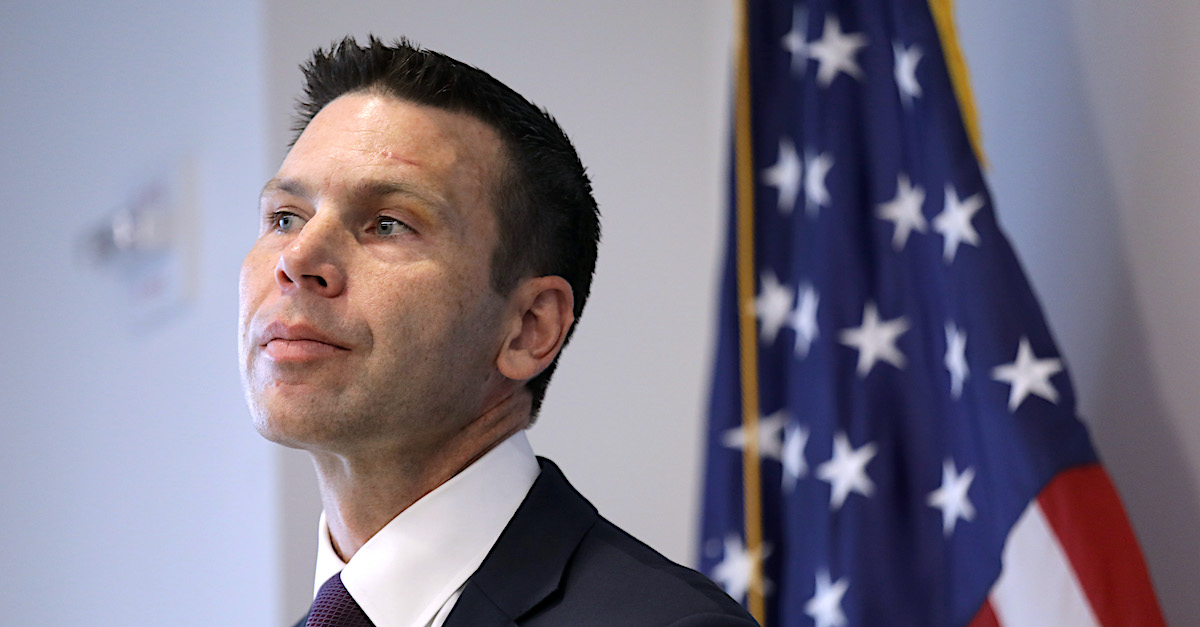 McAleenan, the GAO concludes, altered the order of succession documents thinking he had the authority to do so — but he ultimately did not:

From there, Wolf altered the order of succession documents — which the GAO said he did not have the authority to do:

Mr. Wolf altered the order of succession for Deputy Secretary in the November Delegation to permit Mr. Cuccinelli to serve as the Senior Official Performing the Duties of Deputy Secretary. According to DHS, Mr. Wolf did this under his authority as Acting Secretary. [Citation omitted.] As discussed previously, Mr. McAleenan did not have the authority to alter the order of succession; therefore, Mr. Wolf also does not have the authority to alter it as well. The last valid order of succession to serve in that capacity was Annex B to the April Delegation, which did not include Mr. Cuccinelli’s position.

Here is the GAO’s ultimate summary of its conclusions:

The GAO noted that its role in the DHS matter is to collect information and “to report to Congress any violations of the time limitations on acting service imposed by the Vacancies Reform Act.”

READ the full report below, including a flow chart of how DHS successions are supposed to occur:

GAO Report on DHS Vacancies by Law&Crime on Scribd