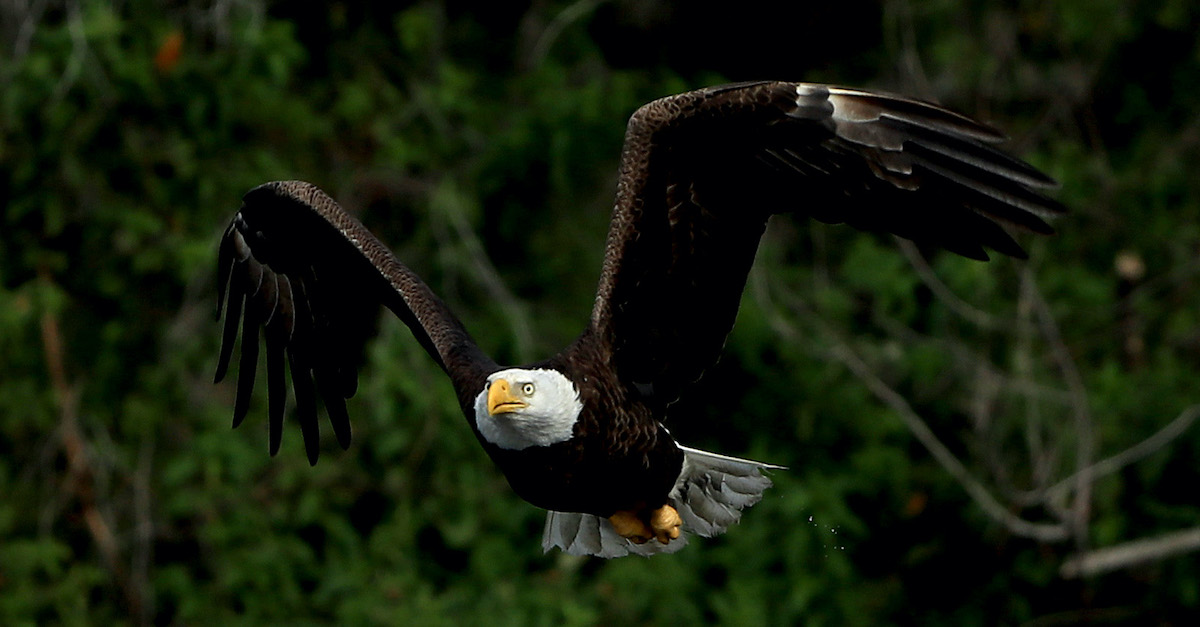 This was not the bald eagle involved.

America’s bird scored a small victory against the surveillance state last month in Michigan, sending a government-operated drone to its death. Michigan’s Department of Environment, Great Lakes, and Energy (EGLE) confirmed on Thursday that a bald eagle took down a Phantom 4 Pro Advanced on July 21 as the aircraft hovered 162 feet over Lake Michigan.

The story goes that EGLE environmental quality analyst Hunter King was “mapping shoreline erosion for use in the agency’s efforts to document and help communities cope with high water levels.”

After several minutes of said mapping, King commanded the drone to “Go Home.” It did not make it because the bald eagle—possibly a Fourth Amendment advocate outraged by the surveillance of its community—flew into action.

A bird-watching couple said they witnessed an eagle attack something mid-air, but they didn’t realize at the time that the something was a drone.

According to the EGLE, it took several days to locate the crash site:

The couple joined King in a search, but hours of scouring the shoreline were fruitless. Several days later, armed with telemetric data from the flight that pinpointed exactly where the drone hit the lake — 150 feet offshore in four feet of water – EGLE Unmanned Aircraft Systems coordinator Arthur Ostaszewski brought a kayak and snorkeling gear to the search. With near-zero visibility in water darkened by tannin, Ostaszewski scrapped the snorkel and instead walked a grid pattern shuffling his feet for two hours in soft muck (“like I was playing Battleship and wanted to cover the entire board”). He too was luckless, abandoned the search when lightning began to accompany a cold drizzle.

The bald eagle tore off the $950 drone’s propeller, resulting in a 160-foot-plus free fall. It’s been speculated that the eagle was hungry or may have thought that the drone was a seagull, but maybe it just likes the Constitution.