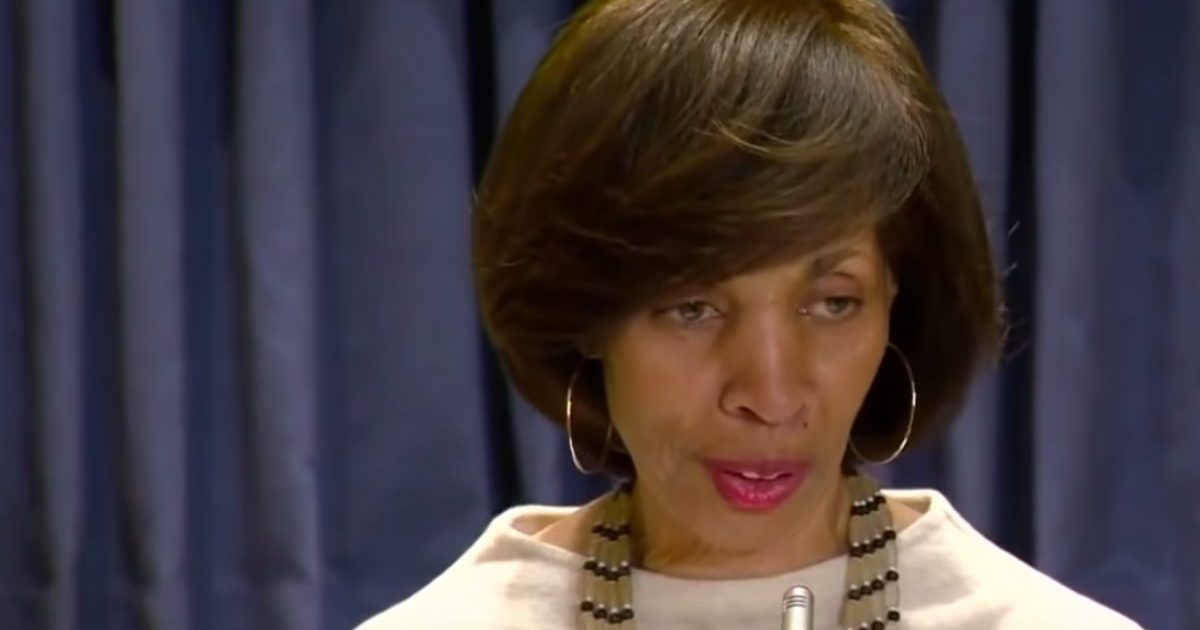 Baltimore’s Democratic Mayor Catherine Pugh, elected in 2016, had already come under fire for accepting more than $700,000 from businesses tied to the government for her self-published “Healthy Holly” book. FBI and Internal Revenue Service (IRS) investigators doubled down by raiding Pugh’s home, Baltimore City Hall, Maryland Center for Adult Training and other locations on Thursday.

The police commissioner Pugh chose, Darryl De Sousa, was sentenced to 10 months in prison in March for failing to file tax returns, which resulted in the government losing about $67,000, The Washington Post reported. According to the U.S Attorney’s office, De Sousa was mandated to perform 100 hours of community service and pay restitution fees.

2. One of Pugh’s Former Top Aides was Also Searched

Federal agents also searched the home of Gary Brown Jr., a former aide to Pugh, on Thursday. Brown was set to replace Pugh in the state Senate in January 2017 after she was elected, but the swearing in was called off after the state prosecutor’s office charged Brown with violating campaign finance laws by making illegal donations to Pugh, the Post reported. “Brown until recently continued to work for Pugh. He is no longer employed by the city, according to the spokesman for the acting mayor,” the report said.

3. The Raids Have Not Been Explained Yet by Federal Agents

The purpose of the raids have not been cited yet, but “the arrival of federal agents from the FBI’s Baltimore field office and the IRS’s criminal investigative division from D.C. was the first public signal of federal law enforcement interest.” The FBI said they have made no arrests in connection with the raids yet. Pugh, who has taken a leave of absence from her role as mayor, was home when authorities arrived at her house shortly before 7 a.m. ET, a law enforcement official said, according to CNN.

After the raids were announced, Maryland Gov. Larry Hogan (R) called for Pugh’s resignation.  “On April 1, I directed the state prosecutor to investigate the disturbing allegations surrounding Mayor Catherine Pugh’s questionable financial dealings with the University of Maryland Medical System. Today, Federal law enforcement agents are raiding Baltimore’s City Hall, the homes of Mayor Catherine Pugh and the office of her attorney,” he said.

“She is clearly not fit to lead,” he continued. “For the good of the city, Mayor Pugh must resign.”

5. Pugh is Second Mayor in Baltimore to Get Caught in a Scandal

Pugh isn’t the first Mayor in Baltimore to get caught in a scandal. In 2009, Mayor Sheila Dixon was charged with using at least $2,000 in donated gift cards for Target and Best Buy to buy a digital camcorder, a PlayStation 2, an Xbox 360 and other electronic devices for her personal use and failing to disclose her trips to New York, Chicago and other places with a prominent developer, as chronicled by The New York Times.

Former New Jersey prosecutor and Law&Crime Network host Bob Bianchi told Law&Crime that the scenario of politicians taking money from institutions they’re in business with appears to be an “epidemic” in our country.

“This isn’t something that is complex or sophisticated. It’s basic. You don’t infuse politics and personal gain. It seems to have become an epidemic,” he said.

Although it may be too early to predict the charges Pugh could face, public corruption and obstruction are among a few, Bianchi surmised.