Is Reality Setting in? Why Lori Loughlin and Olivia Jade Are on Speaking Terms Again 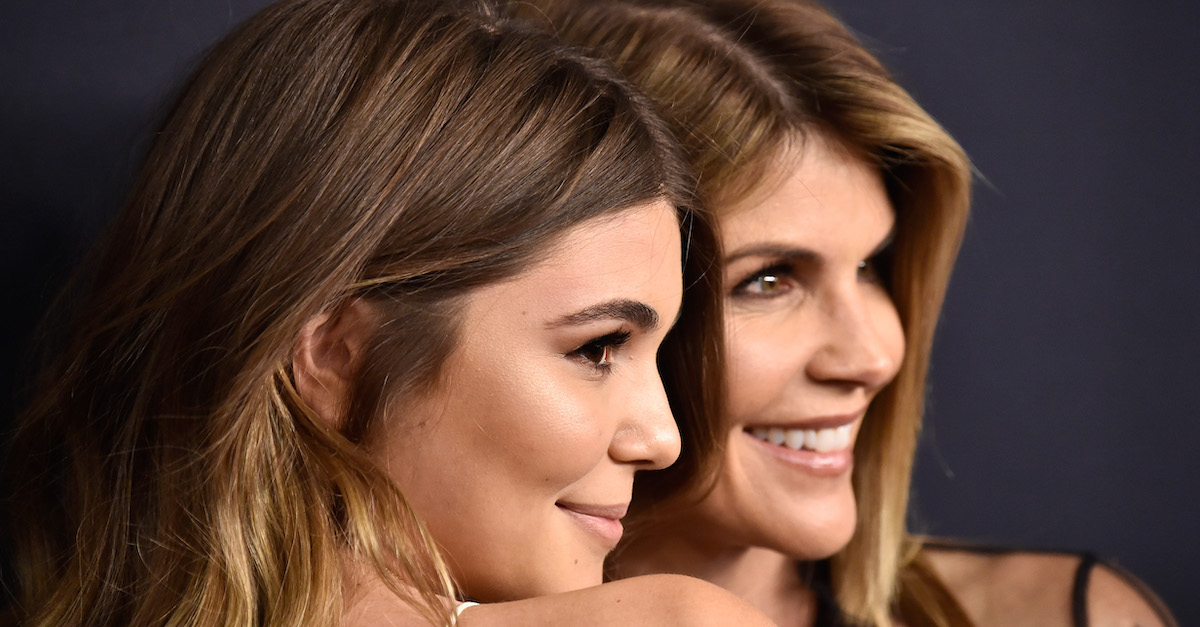 On the heels of a subtle but major development in the government’s case against Lori Loughlin and Mossimo Giannulli, it’s being reported that Loughlin and her daughter Olivia Jade Giannulli are on speaking terms once again. The two reasons offered suggest that reality may finally be starting to set in.

As Law&Crime reported on Tuesday, former USC assistant soccer coach Laura Janke decided to plead guilty and agreed to cooperate with the government. This is a serious problem for Loughlin et al., because Janke was involved in creating fake crew profiles that included pictures of Olivia Jade and her sister Isabella on rowing machines. It’s merely the latest legal blow for Loughlin and Giannulli.

They were accused from the start of creating the fake profiles to get their daughters into USC, “agree[ing] to pay bribes totaling $500,000 in exchange for having their two daughters designated as recruits to the [University of Southern California (USC)] crew team–despite the fact that they did not participate in crew.”

After they “neglected” to lock in a plea deal with prosecutors, the couple was slapped with a superseding indictment that included money laundering charges, ratcheting up their legal exposure. Olivia Jade also reportedly received a target letter from the government.

Olivia Jade and Loughlin reportedly cut off communication with one another after the college cheating scandal broke, but according to Us Weekly they are “in communication” again. Why, you ask?

One reason offered was as benign as a change of heart, but the other is that Olivia Jade realizes she may end up being asked to testify against her parents.

“Olivia was angry with her parents at first, but now realizes that they were just trying to do what’s best for her. Olivia loves her mom and dad very much, but is especially close with Lori,” an unnamed source told Us Weekly. What’s more, that source said, prosecutors are interested in using Olivia and Isabella as witnesses against their parents.

All of this is to say that it looks they realize they are in this together, whether they like it or not, and are resigning themselves to that reality. While Olivia Jade reportedly “blame[d] her mom and dad for this scandal and for the downfall of her career,” it seems that playing the blame game is now understood to be counterproductive.

Both Olivia Jade and Isabella have lawyered up, which further reinforces the idea that they are taking this seriously.