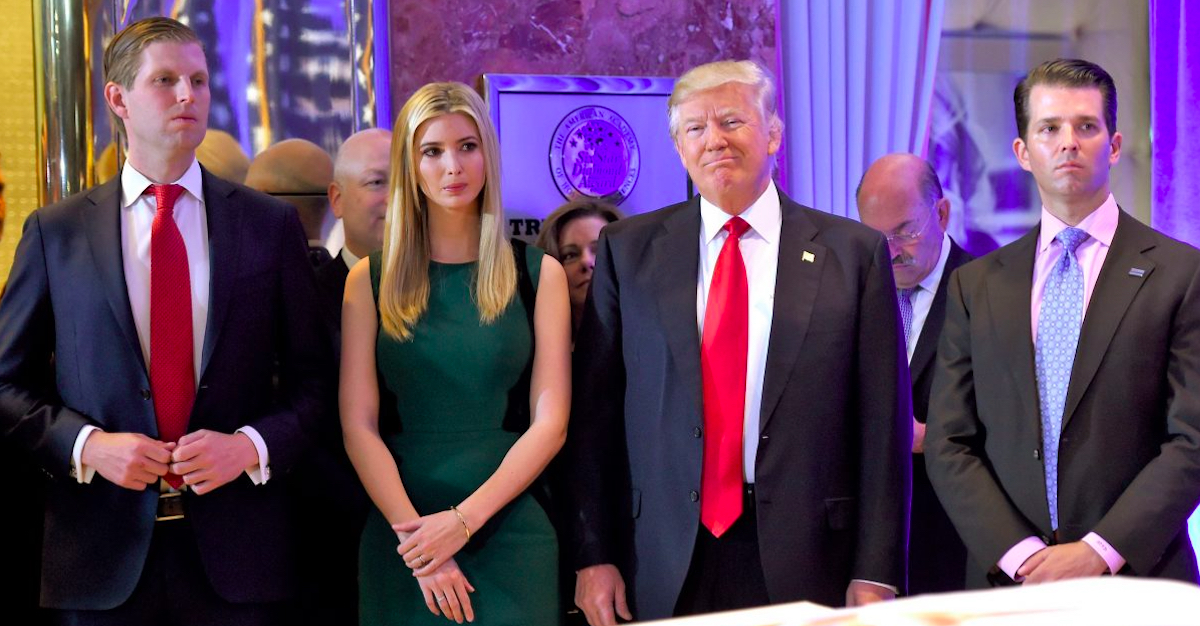 The Senate on Wednesday unanimously passed the largest economic relief package in U.S. history in an effort to stymie the economic downturn resulting from the novel coronavirus COVID-19, providing an enormous capital injection to businesses and consumers. But one significant stipulation almost didn’t make it into the bill’s final language.

Senate Minority Leader Chuck Schumer (D-N.Y.) halted the legislative process at the eleventh hour after he realized the bill did not contain previously agreed upon language severely restricting the money President Donald Trump and his family could access through the stimulus package, Politico reported Thursday.

Schumer and Senate Democrats ground progress to a standstill until a clause was added that unequivocally barred stimulus business loans from going to any company in which the president or his family have a 20-percent stake. The prohibition extends to the president, vice president, and any in-laws, spouses or children owning 20-percent or more of a company individually or collectively with other members of the family.

In a letter to Senate Democrats that was later given to the press, Schumer lauded the revised language as one of the “significant improvements” in the re-negotiated stimulus package.

“We told Republicans it was unacceptable to omit strict prohibitions on Trump businesses having access to the Treasury lending, as well as critical transparency measures, and that we would hold up the bill until they included them in the final text,” Schumer said in a statement to Politico. “They relented and these important accountability provisions were successfully added to the final bill.”

While Schumer framed this as Republicans getting caught, an unnamed Republican source told the news outlet that the omission was merely a “clerical error.”

Rep. Gerry Connolly (D-Va.), a member of the House Oversight Committee, said the provision would “ensure that this stimulus bill benefits American workers and small businesses, not the president’s own self interests.”

According to the report, the final bill also failed to address Democrats’s other main concern with earlier versions of the legislation, which would have allowed Treasury Secretary Steve Mnuchin to withhold the names of the companies that received federal loan money and how much they got for up to six months.

The final bill requires Mnuchin to publish that information every 7 days.