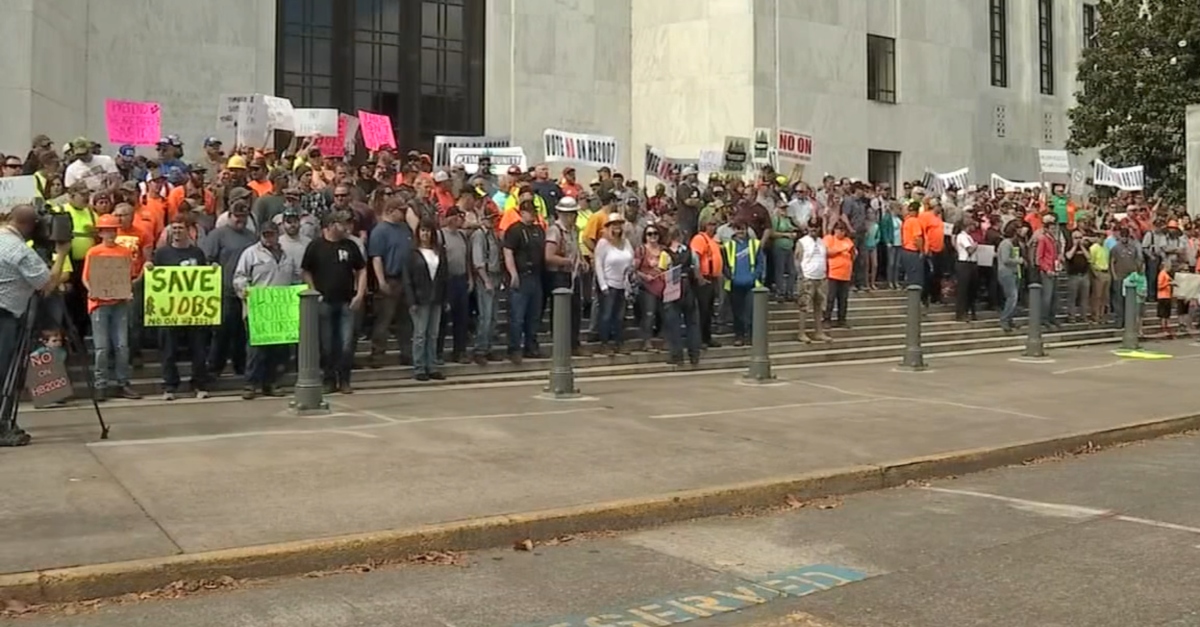 Law&Crime readers might already be familiar with the whole situation going on in Oregon. The state capitol shut down on Saturday because of a “possible militia threat.” The Twitter account from state’s GOP, however, mocked the situation by posting an image of protesters from earlier in the week.

These aren’t militia members. These were people protesting the bill in question this week before the governor ordered the state police to bring back the GOP senators.

So, um, why are you using a picture of loggers protesting earlier this week? pic.twitter.com/SUt4WUw3SQ

Democrats command a sizable majority in the legislature, and their governor is of the same party, so they were poised to easily pass a cap-and-trade climate bill limiting greenhouse gas emissions. Instead, members of the GOP minority in the Senate fled the state to stop from there being a quorum in that chamber.

This situation escalated. Under the Oregon constitution, Gov. Kate Brown ordered state troopers on Thursday to bring back the Republicans. One of the lawmakers in question issued a threat before things reached that point.

Oregon state senator @BrianBoquistGOP said if R’s walk out to stop a vote on Cap and Trade and @OregonGovBrown sends state police to bring him back, they should be single and well armed. Your take? pic.twitter.com/Fcu8NXXl8h

“Send bachelors, and come heavily armed,” Sen. Brian Boquist (R-District 12) said on Wednesday. “I’m not going to be a political prisoner in the state of Oregon. It’s just that simple.”

Local militia members promised to mobilize on behalf of Republican senators. Suffice to say, things are tense. The Oregon GOP, however, is downplaying the situation with mocking tweets, in which they shift blame to Democrats.