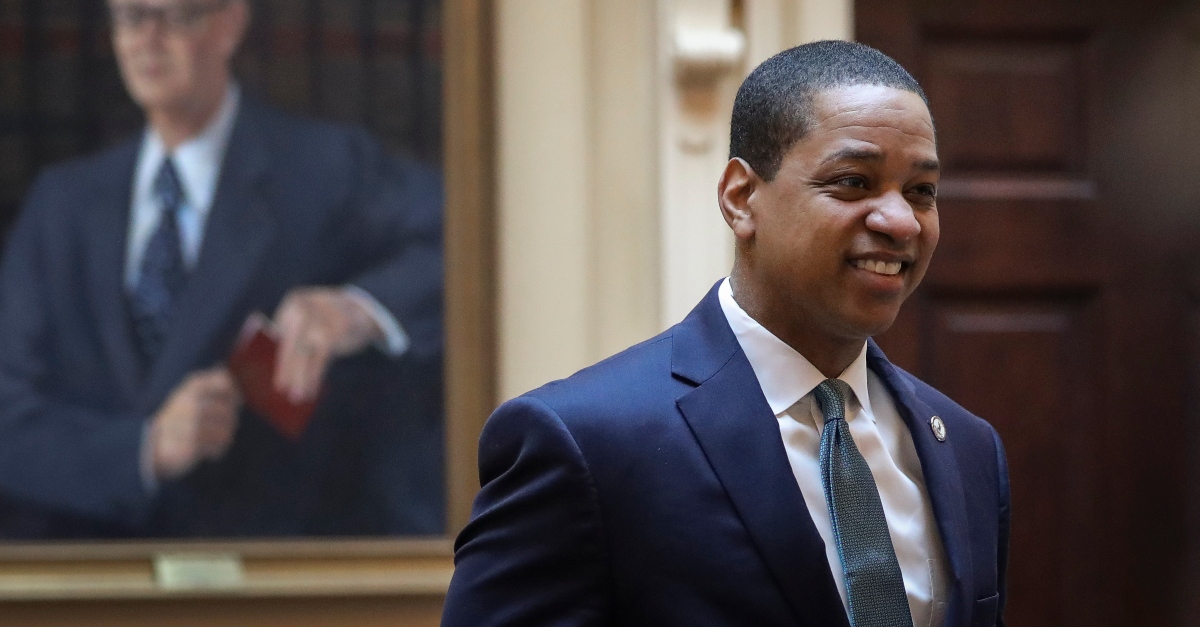 Virginia Lt. Gov Justin Fairfax, a Democrat, says he’s thinking about running for governor in 2021 in spite of two sexual assault allegations. In fact, he says that the claims made him more recognizable than ever before.

“Many people a year ago would not have recognized me,” Fairfax said, according to The Richmond Times-Dispatch in a Thursday report. “Now they really do. People come up to me at gas stations, they say, ‘Hey, we recognize you. We love you. We know what they are saying about you is false.'”

Political science professor Vanessa Tyson said Fairfax forced himself on her in 2004 during the Democratic National Convention. At first, he had seemed “harmless,” and that there were no “red-flags,” Tyson told CBS host Gayle King. He brought her to his hotel room, ostensibly to pick up paperwork, she said. Fairfax kissed her by surprise, she said. It wasn’t unwelcome, but what started as a consensual encounter became sexual assault after he took her to the bed, and he began grabbing her neck so hard she couldn’t move it, according to her account.

Meredith Watson stepped forward with another allegation, saying through an attorney that she wanted to support Tyson. She claimed Fairfax raped her in 2000 while they were students at Duke University.

Both women said he was aware of prior incidents of sexual assault in their pasts, and suggested that he took advantage of their histories.

Fairfax denied both claims. He refused to resign, saying he was standing up for due process. He said he passed polygraph tests on the matter, and asked prosecutors in Virginia and Massachusetts to look into the claims.

Tyson and Watson said they are not pushing for criminal charges, but want Fairfax to resign, according to CNN. They said they want to testify before the Virginia General Assembly.

Allegations surfaced in February when it seemed possible that Gov. Ralph Northam, another Democrat might leave office over a racist picture in his page of a 1984 yearbook. It depicted a person in a KKK uniform and another in blackface. He admitted to being one of them. In the end, however, Northam refused to step down from office.