The Trump Pardons You Didn't Hear About | Law & Crime 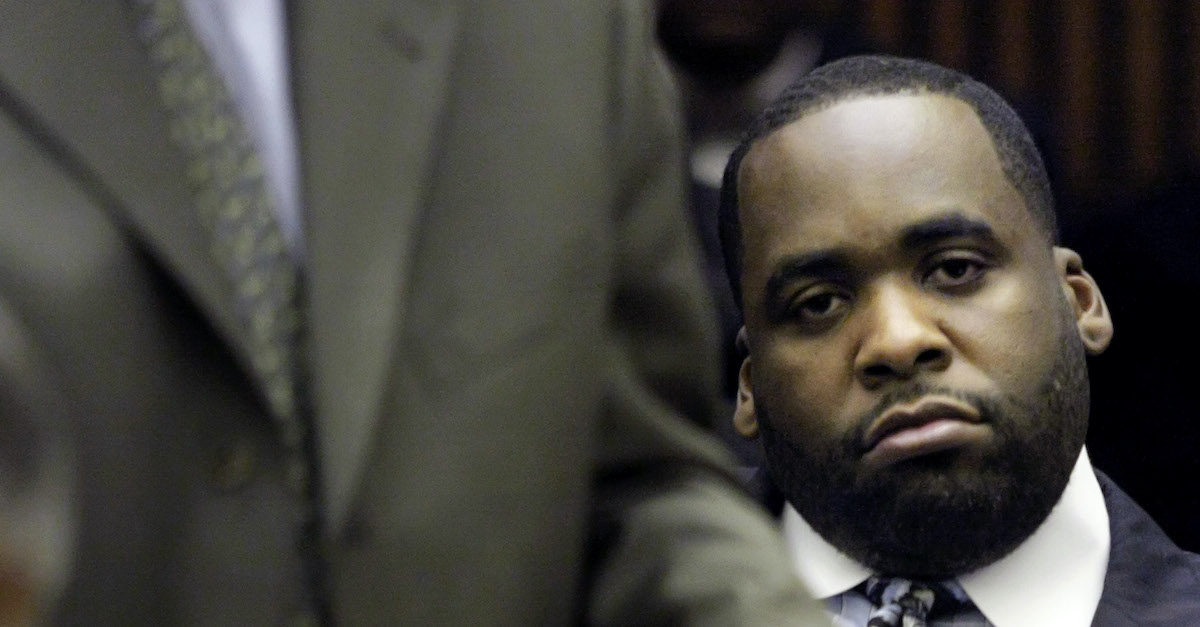 The 143 pardons and commutations announced by Donald Trump minutes before midnight and just hours before his departure from the Oval Office has been roundly denounced as naked displays of cronyism. He pardoned his former adviser Steve Bannon for allegedly defrauded donors of a border wall charity without granting any clemency to the three accused co-conspirators in that scheme who were not politically well connected.

One of former President Trump’s final acts of clemency, however, to a one-time Motor City mayor sparked outrage from his own U.S. Attorney.

“My position on the disgraced former Mayor of Detroit has not changed,” U.S. Attorney Matthew Schneider, from the Eastern District of Michigan, wrote in a statement. “Kwame Kilpatrick has earned every day he served in federal prison for the horrible crimes he committed against the People of Detroit. He is a notorious and unrepentant criminal.”

Convicted of two dozen felonies that included mail fraud, wire fraud, and racketeering, Kilpatrick received a 28-year sentence for public corruption radically cut short by Trump’s final act of clemency. Like Trump’s, the former Detroit mayor’s time in office was marked by a series of scandals, including abuse of power, assaulting a police officer, tax evasion and influence peddling. Kilpatrick’s reputation had been so bruised that Trump’s supporters held his name up as an example of corruption in cities run by Democrats.

Despite losing every appeal of his convictions, Kilpatrick had one powerful weight in his corner in the Trump White House: He praised the outgoing president, and Trump-loyalist entertainers Diamond and Silk demanded his release.

Schneider, whom Trump appointed some three years ago, thought that Kilpatrick should have served every minute of his sentence.

“Kilpatrick has served only one quarter of the sentence that was very appropriately imposed,” Schneider said. “Thankfully, under Michigan law, he cannot hold state or local public office for 20 years after his conviction.”

Detroit is not the only city boasting a disgraced mayor who received a Trumpian parting gift.

Casey Urlacher, who currently serves as the mayor of the tiny, 547-population town of Mettawa, had been facing a 10-count indictment accusing him of running an offshore gambling ring–along with nine other people including a veteran of the Chicago Police Department.

The seeds of his clemency appear to have been planted in March of last year, when the self-styled “Drain the Swamp” president met with Urlacher’s famous brother Brian Urlacher, the first ballot Pro Football Hall of Famer and a National Football League legend.

Many of the names of the famous and politically connected recipients of eleventh-hour clemency have been widely reported: As previously reported by Law&Crime, they include rappers Lil Wayne and Kodak Black; former RNC Finance Chairman Elliott Broidy, charged with illegal foreign lobbying; accused stalker Ken Kurson, a pal of Trump’s son-in-law Jared Kushner and, briefly, a speechwriter for Trump; Paul Erickson, the former boyfriend of Russian agent Maria Butina; and others.

But other names are lesser known.

Trump also pardoned Aviem Sella, who recruited notorious Israeli spy Jonathan Pollard; Michael Liberty, who was convicted of making illegal campaign contributions before a subsequent indictment for defrauding 200 investors from whom he raised $55 million; and Johnny D. Phillips, Jr., who was part of a fake coal mining scheme that defrauded 168 investors of more than $14 million dollars and led to a collective 284-month sentence for 10 men.

Almost as notable as the people Trump pardoned or whose sentences he commuted were the ones he did not. Bannon may be a free man, but U.S. Air Force veteran Brian Kolfage, accused of looting the same “We Build the Wall” charity as the ex-Trump insider, still faces conspiracy counts with a maximum 40-year sentence.

Despite promising donors that every cent of the $25 million they raised would fund a barrier on the U.S.-Mexico border, Bannon allegedly pocketed $1 million, and Kolfage allegedly took $350,000, plus a Jupiter Marine yacht called the Warfighter, a Range Rover SUV, a golf cart, jewelry, and cosmetic surgery, prosecutors say. 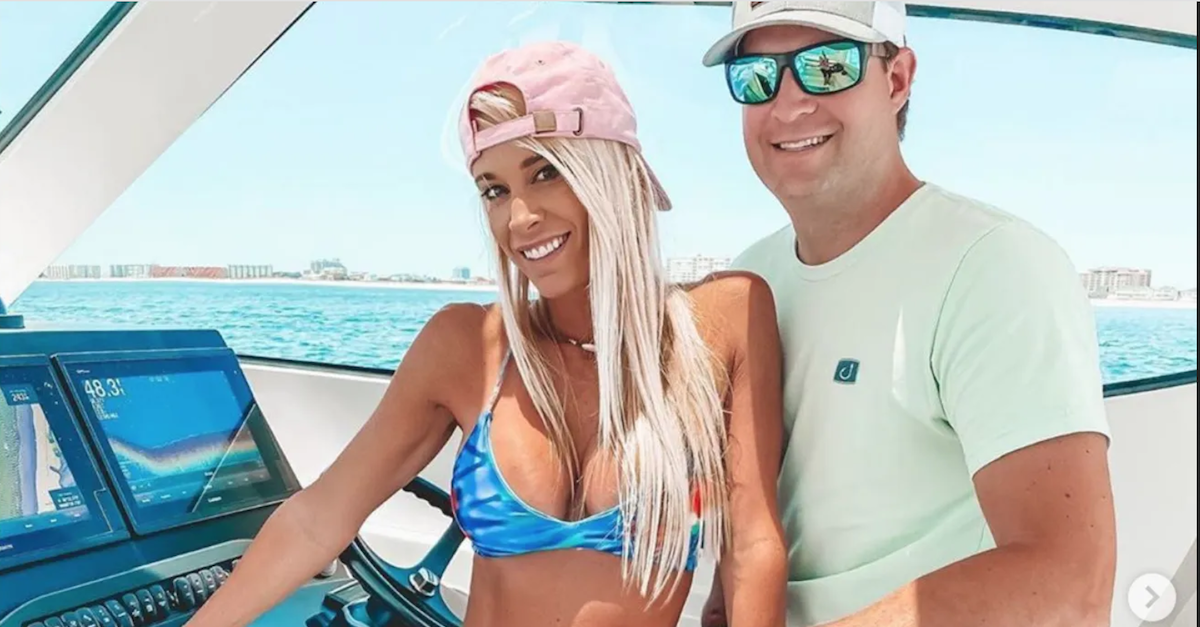 Brian Kolfage and his wife Ashley on the Jupiter Marine yacht that prosecutors claim was partly funded by We Build the Wall donors’ money. (Image from Kolfage’s Instagram)

The charity’s other officials Andrew Badolato and Timothy Shea remain twisting the wind of prosecution, too, without a presidential pardon.

Trump will not repay any favors to WikiLeaks founder Julian Assange with a pardon for his pending Espionage Act and Computer Fraud and Abuse Act charges in the United States, if the Australian’s declining mental health ever allows his extradition to the United States. Former National Security Agency contractor Edward Snowden will not get a ticket out of Russia to the United States, where he still faces prosecution for his leaks of the agency’s spying tools.

Silk Road founder Ross “Dread Pirate Roberts” Ulbricht will continue to serve his life sentence for running his notorious black market on the dark web, which prosecutors claim he tried to keep operational through murder-for-hire.

Nor did Trump grant a pardon to Joseph Maldonado-Passage (a.k.a. Joe Exotic) of Tiger King fame, despite saying several months ago that he would look into the case.

Joe Exotic was hoping for a Trump pardon and even had a limo waiting, but it was a stretch.

Perhaps the most notable absence from the pardons and commutations at the end of the 45th president’s term, other than lawyer Rudy Giuliani, is Donald J. Trump himself, putting an end to rumors of an imminent self-pardon and a legal battle that would have inevitably followed.