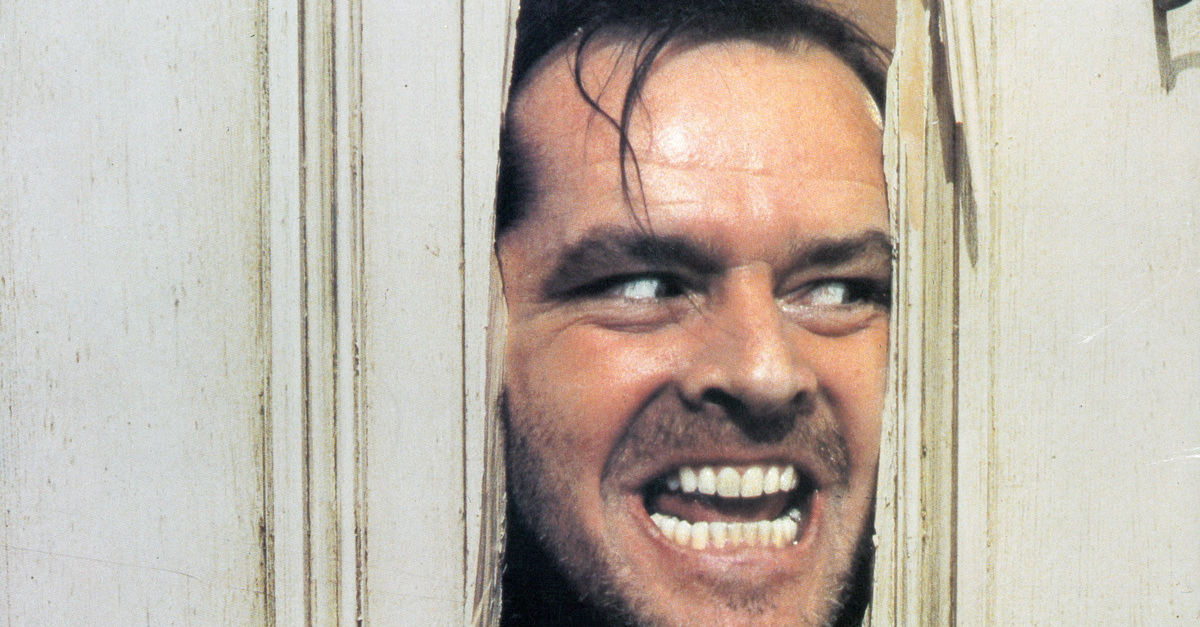 Jack Nicholson peering through axed in door in lobby card for the film ‘The Shining’, 1980.

Part of being a criminal trial lawyer is harnessing the power of drama to secure a favorable verdict. A prosecutor in Camden County, New Jersey, however, got a little carried away. During closing arguments in the trial of defendant Damon Williams for bank robbery, the prosecutor showed jurors a PowerPoint slide showing an iconic photo of Jack Nicholson in from the movie The Shining. The slide displayed the infamous “Here’s Johnny!” line spoken by Nicholson in the movie.

The prosecutor’s point had been one relevant to the case. While showing the photo, the prosecutor told the jury, “it’s not just the words; it’s what you do before and what you do after the words that matters.”

Williams had given a note to a bank teller that said, “Please, all the money, 100, 50, 20, 10. Thank you.” According to court records, Williams never brandished a weapon or made verbal threats to use one. Still, a frightened teller handed over several thousand dollars. If the jury found that Williams had indeed used a threat of force, his crime would be second-degree robbery; without that threat, it would be third-degree theft.

The prosecutor explained to the jury that just as Nicholson’s words were not overtly threatening, the implicit meaning is one of threatened violence.

New Jersey Supreme Court Judge Lee Solomon — who himself served as Camden County Prosecutor from 1997 to 2002— ruled that the prosecutor’s dramatic actions amounted to prejudicial error in Williams’ trial.

“The duty of a prosecutor is as much to refrain from improper methods calculated to produce a wrongful conviction as it is to use every legitimate means to bring about a just one,” wrote Judge Solomon. “While prosecutors are expected to make vigorous and forceful closing arguments to juries, their comments should be reasonably related to the scope of the evidence presented.”

The problem, according to Judge Solomon, was that the use of the “Here’s Johnny” photo raised connotations of violence, although there were no allegations that the defendant had committed any acts of violence during the crime. That implication “stray[ed] beyond the evidence and the reasonable inferences” in a manner that was “inappropriate and improper.”