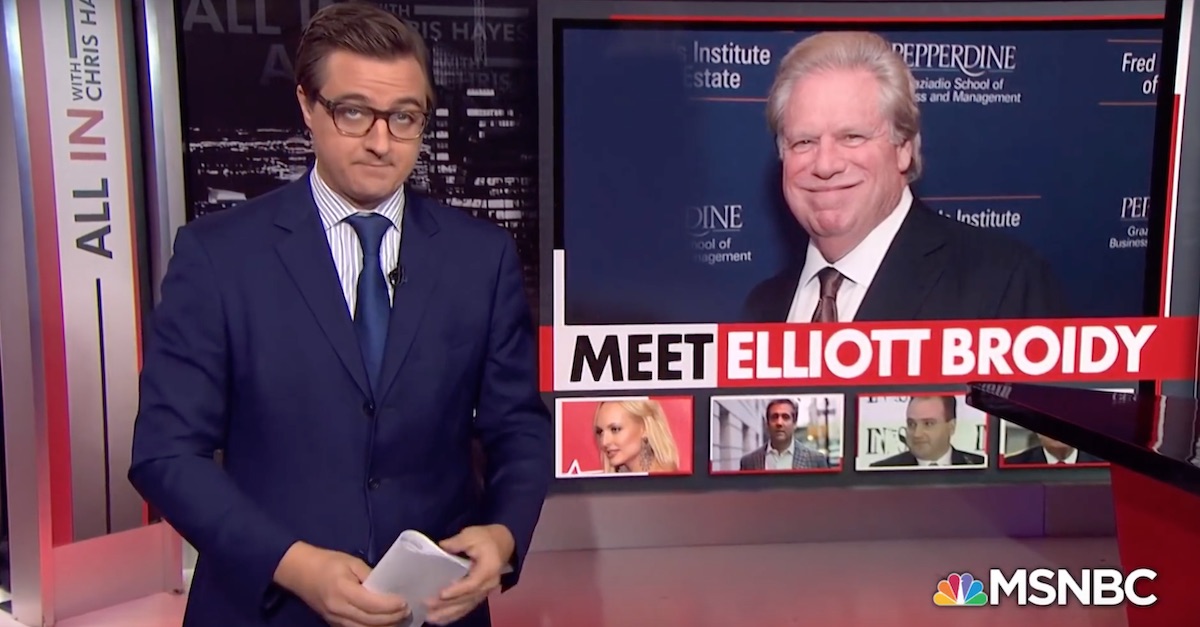 Elliott Broidy, the former finance chairman for the Republican National Committee (RNC), was charged on Thursday for violating the Foreign Agents Registration Act in connection with a conspiracy to lobby the U.S. Government to drop a probe of “Foreign Person A,” believed to be Jho Low.

The Wall Street Journal is reporting that Broidy is expected to plead guilty.

It was previously reportedly that the feds wanted to ask questions about a Maylasian businessman who was on the run across China and accused of embezzling billions. Back in April 2018, it was reported that Jho Low, the fugitive in question, was being investigated for laundering millions of dollars from 1Malaysia Development Berhad (1MDB), “through two associates,” identified as Phengphian Laogumnerd and Pras Michel—the latter appears to be the U.S. citizen, businessman and entertainer identified only as “Person A” in the complaint.

Broidy reportedly admitted he and his wife “provide[d] strategic advice as part of a broader team to Mr. Low.” The feds were said to be interested in seizing records about Chinese businessman Guo Wengui, who accused the Chinese government of corruption after running away to the United States.

The criminal complaint does not name Jho Low or Guo Wengui, but it appears to be referring to them as “Foreign Person A” and “PRC [People’s Republic of China] National A.” The complaint says that PRC National A is living in the U.S. on a temporary visa. According to the complaint, China, including Chinese President Xi Jinping, was seeking PRC National A’s removal from the U.S. and return to China. Guo, a Mar-a-Lago member, was in the news last year after being accused of being a Chinese spy.

Broidy is accused of conspiring with Hawaii businesswoman Nickie Lum Davis to act as unregistered foreign agents for Low “with respect to the 1MDB matters and the removal of PRC National A, without registering with the Attorney General.” Davis pleaded guilty on Aug. 31 to a charge of aiding and abetting a violation of FARA.

Court documents said that Broidy, Davis, and Person A [presumably Michel], and Foreign National A [Low] to “orchestrate back-channel, unregistered campaigns’ to lobby the Trump administration and the DOJ to “(1) end the 1MDB matters or otherwise resolve the matters favorably for [Low]; and (2) remove PRC National A from the United States and send him back to the PRC.”

The DOJ alleged that Broidy, Davis, and Person A tried to “conceal” Broidy’s “contacts with and payments from [Low] to maintain BROIDY’s credibility with United States officials and to further the illegal advocacy scheme.”

The complaint further said that the conspiracy tried to leverage Broidy’s contacts in the Trump administration, even using a photo of him with President Donald Trump, to get millions of dollars as payment for illegally lobbying the U.S. Government on Low’s behalf. 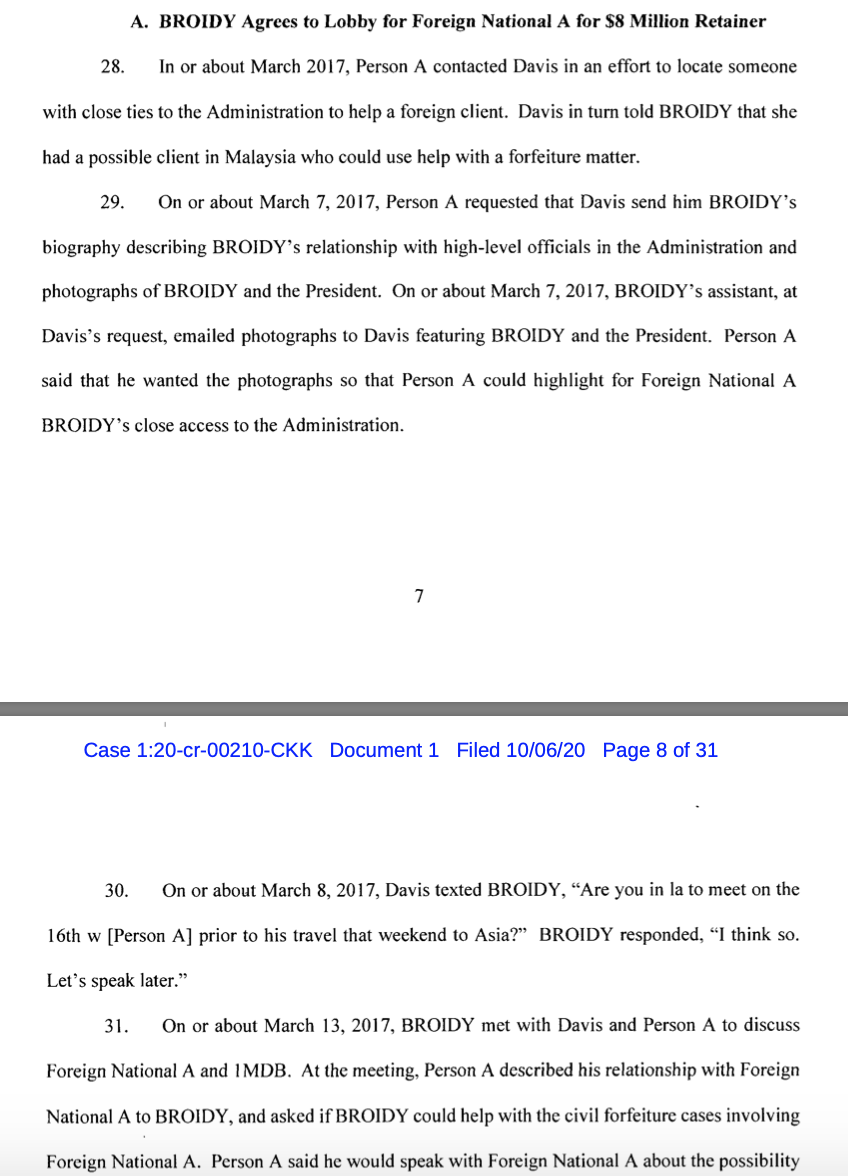 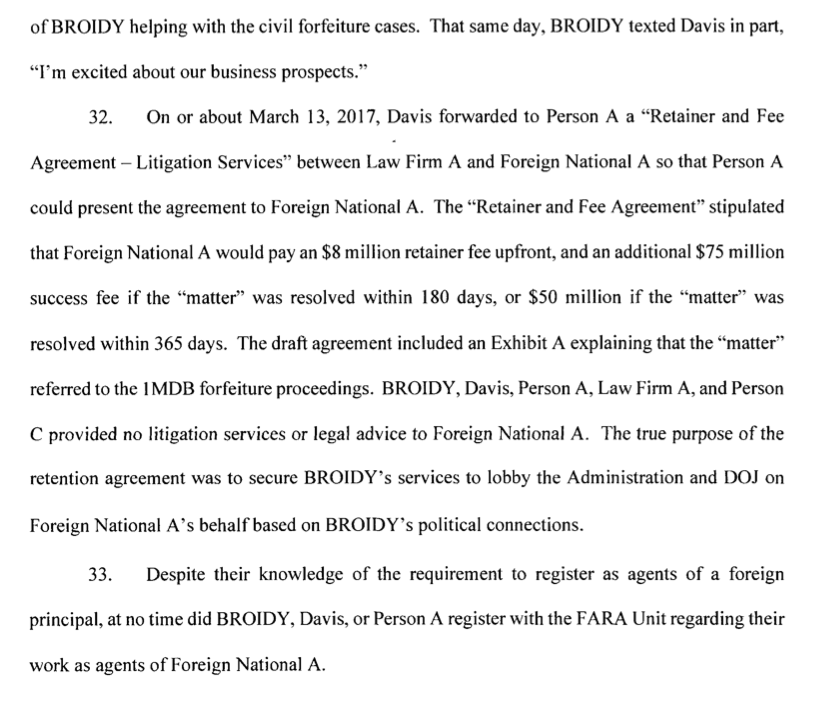