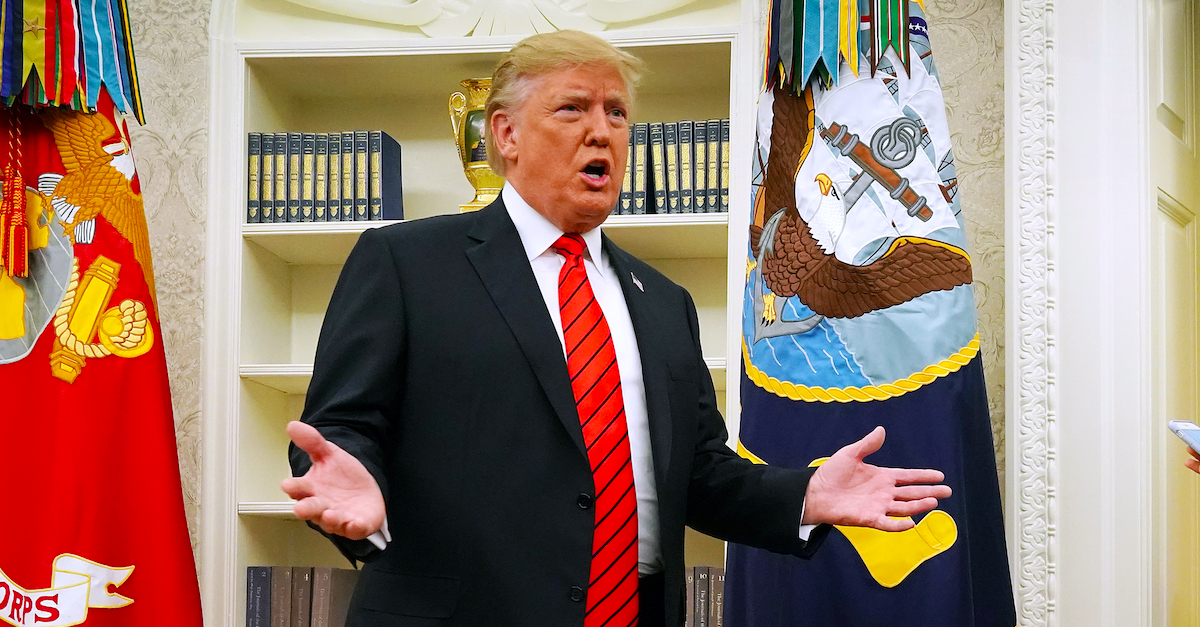 Harvard Law professor Laurence Tribe on Wednesday, penned yet another op-ed in USA Today. The constitutional law scholar and frequent critic of President Donald Trump argued that the administration’s latest stonewalling maneuvers–preventing congressional oversight–are reminiscent of Nixon-era political tactics, and are themselves clear grounds for impeachment.

Specifically, Tribe pointed to Article III of President Richard Nixon’s articles of impeachment, which he believes is particularly relevant to Trump directing U.S. ambassador to the European Union Gordon Sondland not to testify or provide documentary evidence about the administration’s pressuring of Ukraine to investigate Joe Biden and Hunter Biden.

“The House Judiciary Committee in 1974 identified President Richard Nixon’s direction of systematic defiance of congressional impeachment inquiries by his administration as an obstruction of the constitutional role of Congress and thus a violation of the president’s duty faithfully to execute the laws,” Tribe wrote. “Such a charge is manifestly warranted against Trump today.”

But Tribe said that the actions of the Trump Administration are even more egregious than those taken by Nixon’s White House —  because of the nature of the underlying conduct being investigated.

Tribe then took aim at the administration’s latest excuse for refusing to comply with impeachment inquiry, namely that the inquiry is illegitimate.

“Trump and his attorney general, William Barr, have turned to an even more insidious justification: denying the broader legitimacy of the entire House impeachment inquiry and branding it a ‘kangaroo court,’” he continued. “Such an argument is wholly without constitutional merit: Article I, Section 5 plainly provides that each House ‘may determine the rules of its proceedings,’ something the House has done here by empowering individual committees to inquire into whether the president has committed impeachable offenses, and to pursue those inquiries with subpoenas voted by the respective chairs of those committees without the need for any vote by the full house.”

Pointing to the protracted litigation that is still underway to obtain the president’s tax returns, Tribe argued that using the courts to try and enforce subpoenas will only lengthen the process of impeachment unnecessarily. Instead, Tribe suggested that House Democrats  vote on impeachment immediately, and strike while the iron is hot:

Indeed, if anything, drafting and voting on articles of impeachment sooner rather than later should prove a major boon to Congress’ ongoing investigations, further strengthening its already overwhelming case to enforce its subpoenas in federal court, escalating the pressure on the White House and potentially inducing other individuals with information bearing on this administration’s wrongdoing to come forward, and catalyzing an even greater shift in public opinion.