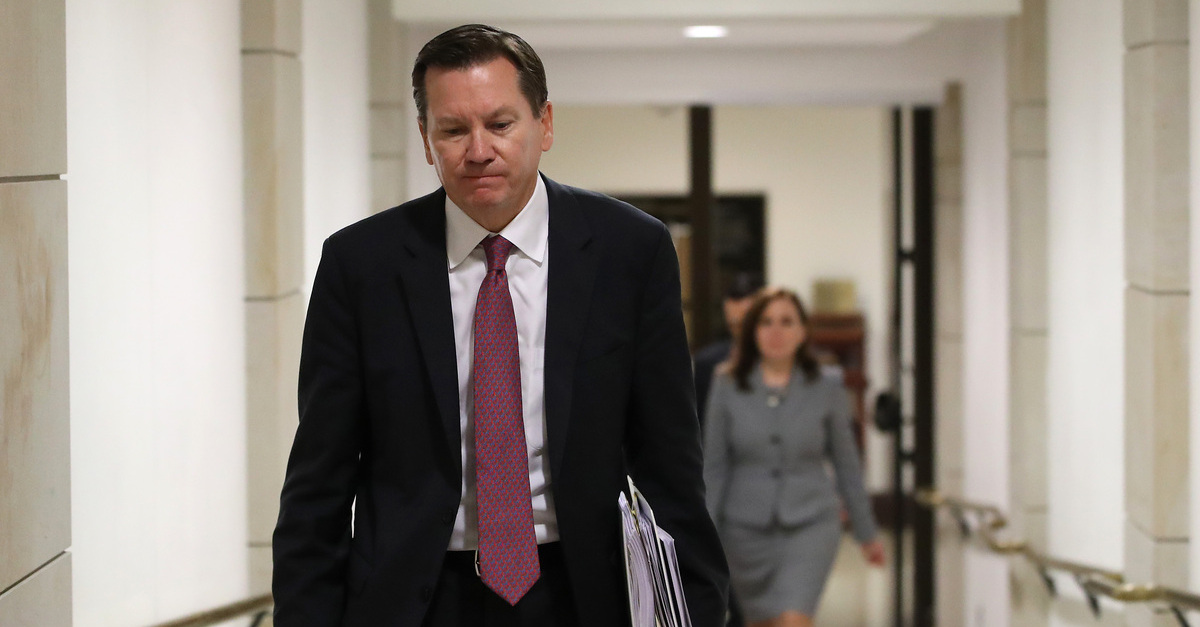 President Donald Trump sent a barrage of early morning tweets on Wednesday blaming one of his own political appointees for the impeachment drama currently overwhelming the White House.

“Why doesn’t the ICIG do something about this Scam?” Trump asked out loud. “He should have never let it start, a Dem Hoax!” The micro-blogging criticism was actually a family affair.

Trump’s son, Donald Trump Jr. got that ball rolling by tweeting out a story alleging the intelligence community whistleblower previously had “some type of professional relationship” with one of the various Democrats running for president in 2020.

Intelligence Community Inspector General (ICIG) Michael Atkinson wrote in an August 26 letter that the whistleblower who set off the quickly spiraling Trump-Ukraine controversy exhibited “some indicia of an arguable political bias … in favor of a rival political candidate.”

“Of course they did!!!” the younger Trump raged. “Honestly, at this point any reasonable American, even those of different political opinions, have to see this bullshit for what it is. Right?”

The story about Atkinson’s political judgment was originally promoted by conservative media outlet The Washington Examiner and later confirmed by Jonathan Swan of Axios.

Atkinson’s letter does not name the Democratic politician in question nor does it say in what capacity the whistleblower and the 2020 contender previously worked together. An anonymous source cited by Axios said “it was unclear whether the working relationship was in the course of government service or more political.”

According to Fox News, the intelligence community whistleblower volunteered the information of their previous affiliation and work history with the unnamed Democratic candidate to Atkinson–along with information that they are a registered Democrat.

Atkinson’s disclosure of the whistleblower’s political leanings has enraged many Trump supporters–including, now, the president and his own family. Otherwise, such leanings have largely been met with shrugs.

A press release from Atkinson’s own office noted that the “Inspector General of the Intelligence Community determined that the [whistleblower] alleged information with respect to such an alleged urgent concern” and further determined “that there were reasonable grounds to believe the urgent concern appeared credible.”

Atkinson’s own peers don’t doubt the seriousness of the complaint.

“As soon as I saw that he had recommended it be sent to Congress, that’s all I needed to know it was legit,” Mary McCord, who worked with Atkinson at the U.S. Attorney’s Office and Department of Justice’s National Security Division told CNN.

“The mere fact he was not on anyone’s radar points to the fact that his sense of urgency is credible,” McCord added. “People don’t know who he is and that’s because he does his job. He’s the IG and most of that work is not in the public sphere. You would not know which political party he favors by working with him. I worked with him for years. That’s the other reason I feel he’s so credible in this space.”

“In my experience, he was a well-respected prosecutor. A very good, committed, dedicated prosecutor,” another person who worked with Atkinson in the U.S. Attorney’s office in D.C. told The Hill. “He wouldn’t strike me as someone who is looking to get his name in the middle of any story.”

Trump nominated Atkinson in 2017 after the latter worked more than a decade and a half in the DOJ. Atkinson was sworn in on May 17, 2018.