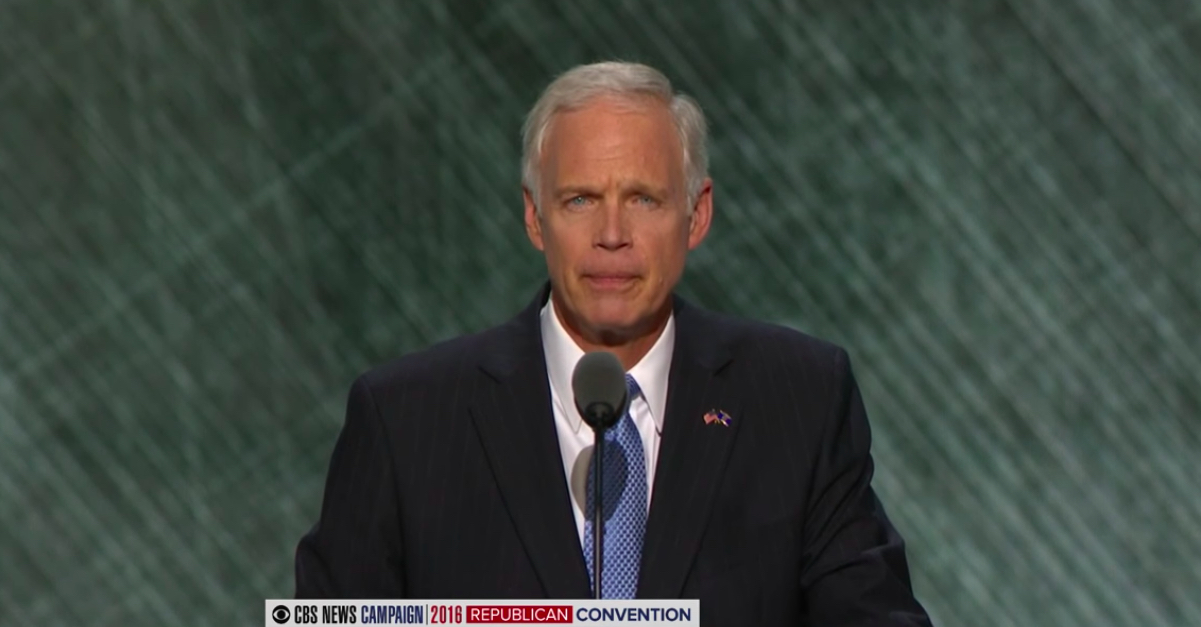 The chairman of the Senate Homeland Security and Governmental Affairs Committee Sen. Ron Johnson (R-Wisc.) on Monday accused Democrats of using concerns over Russian disinformation as a “boogie man” to oppose his panel’s continued investigation into Hunter Biden, the son of Democratic presidential frontrunner Joe Biden.

In a letter sent to Sen. Gary Peters (D-Mich.), the committee’s ranking member, Johnson said he planned to move forward with his investigation into Hunter Biden and his work as a board member for Ukrainian gas company Burisma, downplaying his colleagues concerns that doing so would further the Russian government’s efforts to promulgate unfounded conspiracy theories.

“We have conducted our investigations methodically, responsibly, and largely out of public view,” Johnson wrote in the letter released publicly Monday. “We have gone to great lengths to receive briefings and review and verify all information received by the Committee before making any of it public.”

“Unfortunately, you did object and continue to use ‘disinformation efforts by Russia’ as a boogie man to justify opposition to this narrow subpoena involving records associated with a U.S.-based lobbying firm,” he continued. “As you know, the lobbying firm is run by former Clinton administration officials, has contacts at the very highest level of the U.S. government, and uses those contacts to try to influence U.S. policy. If you are concerned that records regarding the firm’s work are somehow Russian disinformation, that is all the more reason for this Committee to investigate.”

Monday’s letter marks the latest installment in a public spat between Republicans and Democrats regarding the relevance of Hunter Biden’s work in Ukraine.

As previously reported by Law&Crime, the committee will vote on Wednesday to subpoena former Ukrainian diplomat Andrii Telizhenko and Washington-based consulting firm Blue Star Strategies, LLC, over an alleged scheme to influence the U.S. State Department.

According to a Daily Beast report from Dec. 2019, Telizhenko worked at Kyiv’s embassy in Washington from December 2015 through June 2016 and “has played a key role in the promotion of the contentious narrative, popular on the political right, that the Ukrainian government worked with Democrats during the 2016 campaign to damage Trump.”

Despite months of investigation and no proof of wrongdoing, Senate Republicans have continued to pursue their investigation into Hunter Biden and Burisma, even obtaining highly sensitive financial documents from the Treasury Department relating to Biden’s work in Ukraine.

Democrats have insisted that the GOP’s renewed interest in Hunter Biden coincides with former Vice President Joe Biden’s recent surge to the forefront of the Democratic presidential primary race.