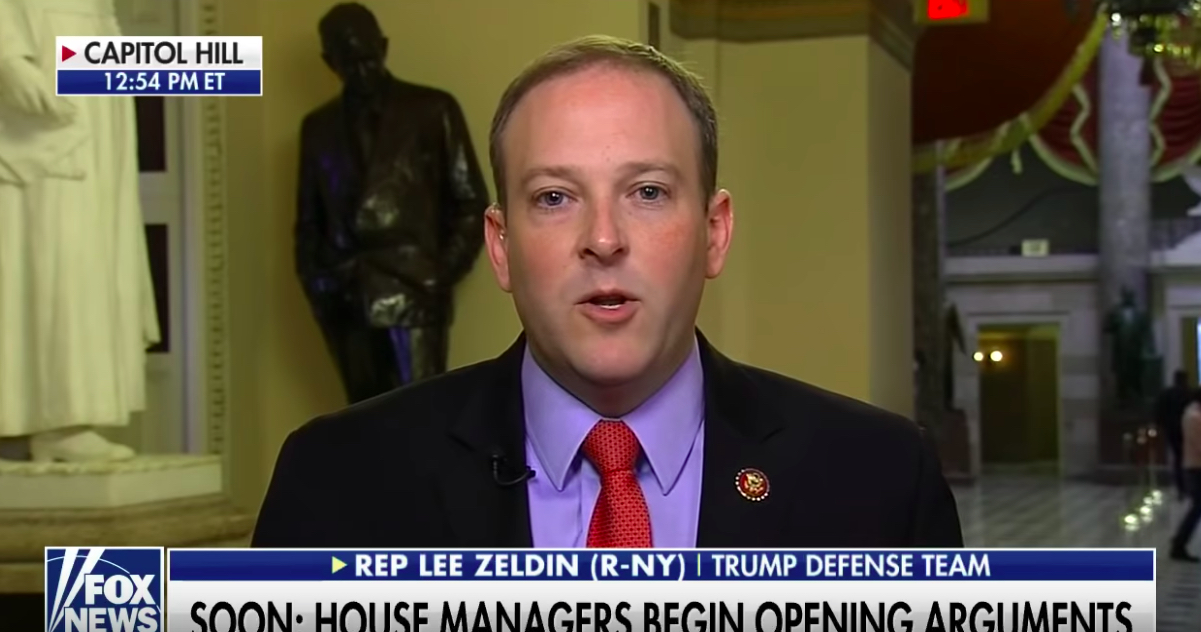 The U.S. Government Accountability Office (GAO) said last week that the Trump administration violated federal law by withholding $400 million in congressionally-appropriated military aid to Ukraine at the direction of President Donald Trump. According to the independent, non-partisan congressional agency, the move violated the Impoundment Control Act, which was specifically designed to limit a president’s power in withholding foreign aid without congressional approval, concluding that the “faithful execution of the law does not permit the president to substitute his own policy priorities for those that Congress has enacted into law.”

But Rep. Lee Zeldin (R-N.Y.), one of the Republican lawmakers on the president’s legal defense team, took a different approach to evaluating the president’s decision, arguing that the decision wasn’t illegal – it was actually required under federal law.

Lee provided the perplexing explanation during an appearance on Fox News’s Hannity on Wednesday evening.

“The president was just doing his job. The law requires him – with tax dollars to give to Ukraine – to ensure that Ukraine is fighting corruption,” Zeldin said.

US law REQUIRES the Pres to withhold aid if Ukraine isn't advancing anti-corruption efforts at that time. It's indisputable Ukrainians interfered in '16 & there was legitimate concern over the Burisma/Biden dirty $$$ scheme. US-Ukraine should be working together on both issues. pic.twitter.com/X009ULSkIj

The congressman’s reasoning appeared to ignore that prior to Trump’s order, the Department of Defense (DOD) and Secretary of State Mike Pompeo had twice certified that Ukraine had made sufficient reforms and met the anti-corruption benchmarks required to release the aid. Additionally, immediately after the aid was halted, DOD performed a third analysis and concluded the funds were being effectively utilized and should be released.

Zeldin justified his remarks by citing the debunked conspiracy theory that Ukraine was responsible for meddling in the 2016 U.S. presidential election.

During sworn testimony before the House in November, former National Security Council Russia expert Dr. Fiona Hill explained that it was “beyond dispute” that Russia, not Ukraine, was the foreign power that “systematically attacked” America’s democratic institutions in the lead up to the 2016 presidential election. Hill noted this was also the conclusion of U.S. intelligence agencies and a congressional report. Hill also warned members of Congress of the threat they pose to national security in promulgating baseless conspiracy theories.