The radio host and comedian witness that Roger Stone was convicted of tampering with has penned a letter to the judge asking that Stone not be sent to prison. Randy Credico said that he feels “so strongly about this for a number of reasons.”

In case you missed it in Nov. 2019 somehow, Stone stood trial and was found guilty of seven criminal counts, relating to obstruction, witness tampering and lying to federal investigators. That trial took just a week and a half.

Prosecutors alleged that Stone lied when he testified before the House Intelligence Committee regarding his interactions with WikiLeaks, took steps to obstruct investigations into Russian interference in the 2016 election, and tampered with witness Credico:

Much has been made of Stone urging Credico to “do a ‘Frank Pentangeli'” and the alleged threat to kidnap Credico’s dog, but Credico is now telling Judge Amy Berman Jackson that he didn’t really believe Stone would ever harm him or his dog Bianca. In reality, Stone’s defense attorneys didn’t question Credico at trial in a way that would have made that clear, according to Credico:

He said that understood Stone broke federal laws, but suggested that it would be cruel to sentence Stone to prison when the judge can sentence him to participate in “an alternative to incarceration program.” 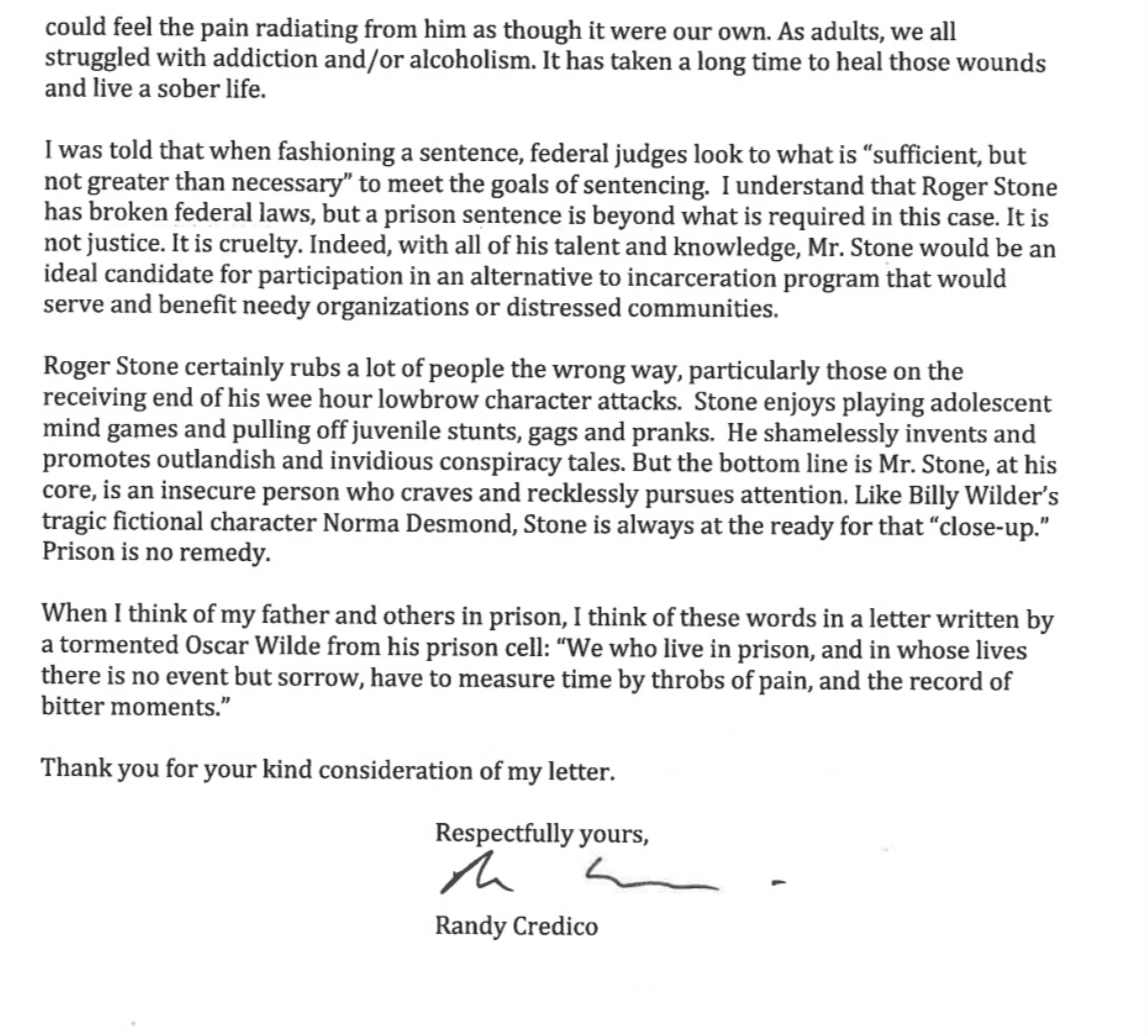 Credico argued that prison is “no remedy” for that.

Sentencing has been pushed back to Feb. 20.