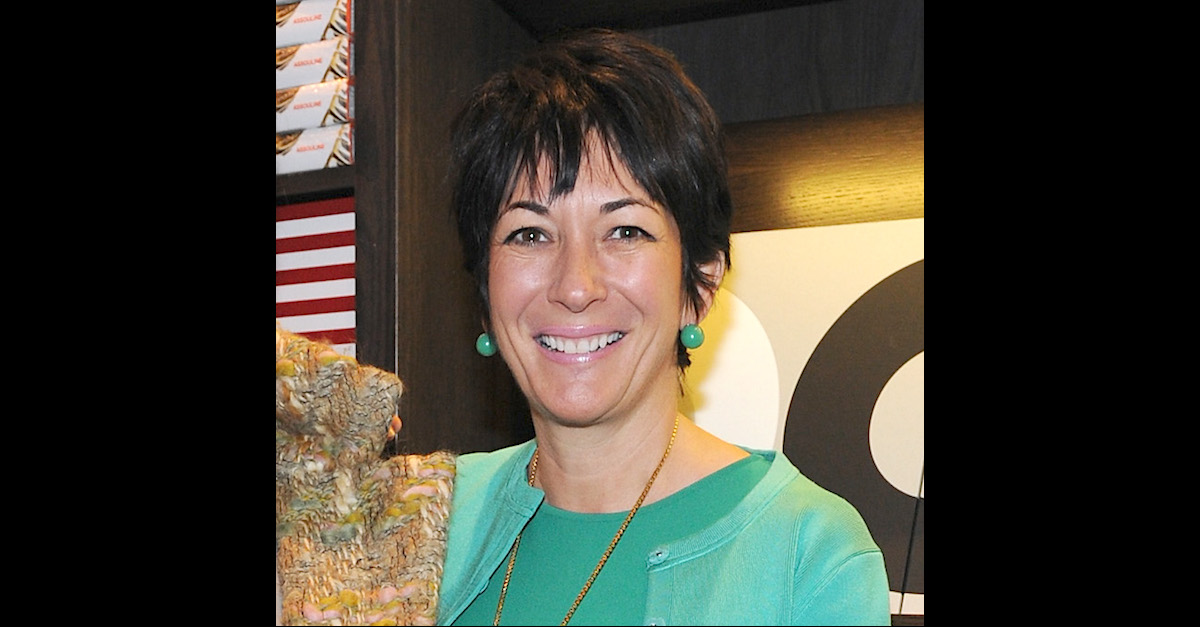 Four days before Christmas, Ghislaine Maxwell wants to appear in federal court for another chance to seek bail before trial, amid a coronavirus scare in her pre-trial federal lockup. She lost her initial bid to post bail earlier this year.

“The defense respectfully requests that the hearing take place before the holidays and the government is amenable to that schedule,” her lawyer Christian R. Everdell wrote in a two page letter, requesting that a renewed bail hearing be held on Dec. 21.

Late last month, Maxwell was placed under quarantine by officials inside Brooklyn’s Metropolitan Detention Center after a staffer in her area of the jail contracted COVID-19.

“Specifically, on November 18, 2020, the defendant was tested for COVID-19 using a rapid test, which was negative,” Assistant U.S. Attorney Maurene Comey disclosed five days after the incident. “That same day, the defendant was placed in quarantine.”

Maxwell’s attorney Bobbi Sternheim complained shortly after that their client is being treated worse than a terrorist.

“Ms. Maxwell is a non-violent,exemplary pretrial detainee with no criminal history, no history of violence, no history of mental health issues or suicidal ideation,” Sternheim wrote. “She is overmanaged under conditions more restrictive than inmates housed in 10South, the most restrictive unit in the MCC; or individuals convicted of terrorism and capital murder and incarcerated at FCI Florence ADMAX, the most restrictive facility operated by the BOP.”

Maxwell’s legal team asked for another chance to let their client out on bail, having lost a similar effort back in July.

Back then, prosecutors depicted Maxwell as living a life on the lam, traveling frequently with three passports, owning more than a dozen bank accounts, traveling under assumed alter egos, and entering into a secret marriage that she would not disclose to prosecutors.

Citing Maxwell risk of flight, U.S. District Judge Alison Nathan balked at release with the warning: “The risks are simply too great,” following a hearing where the British socialite pleaded not guilty to six charges of grooming and abusing Epstein’s victims and lying about it under oath.

Maxwell, who has long complained about her pre-trial press coverage, wanted her second bail hearing to be held secretly.

Judge Nathan shot down that request, allowing Maxwell to submit some information privately but refusing to keep the proceedings out of public view.

“In order to protect the privacy interests referenced in the [Maxwell]’s November 25, 2020 letter, the court will permit [Maxwell] to make her submission in writing and to propose narrowly tailored redactions,” she wrote.