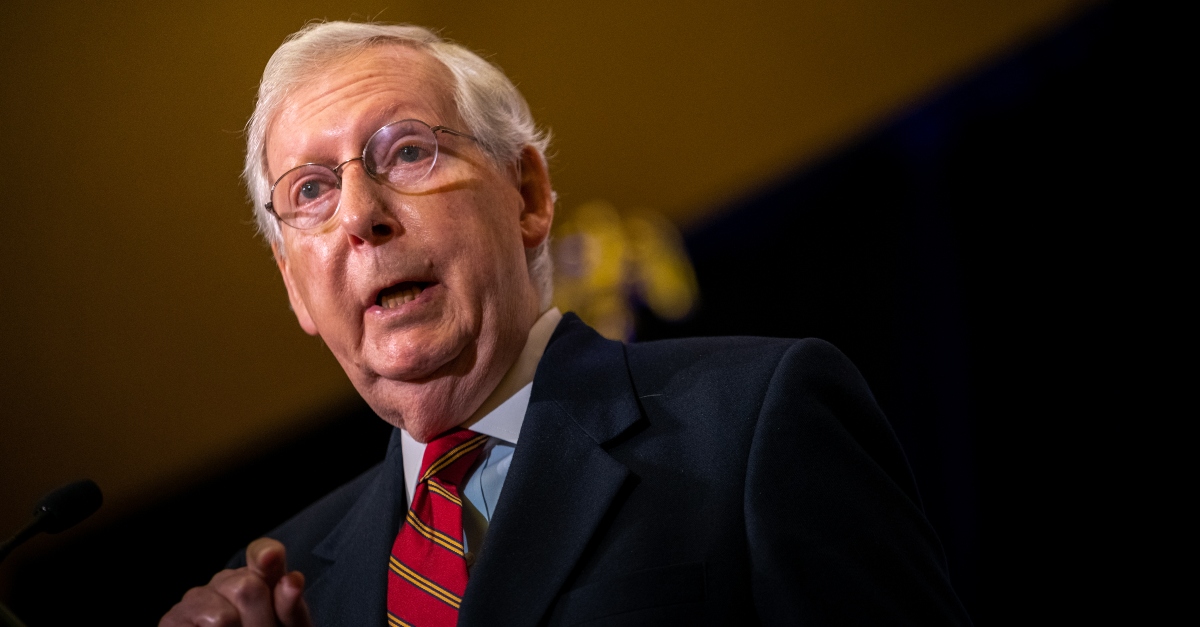 The House passed the MORE Act, but Senate Majority Leader Mitch McConnell (pictured above) is an opponent of marijuana legalization.

With more and more states decriminalizing recreational use of marijuana, it’s becoming a question of when, not if, the federal government ever follows suit. The House of Representatives took a major step on Friday, with a roughly party-line vote to pass the “MORE” Act.

This bill emphatically walks back the U.S. government’s hardline stance on marijuana as a controlled substance, saying high-arrest rates from the “War on Drugs” disproportionately affected people of color despite equal rates of use with white people.

“People of color have been historically targeted by discriminatory sentencing practices resulting in Black men receiving drug sentences that are 13.1 percent longer than sentences imposed for White men and Latinos being nearly 6.5 times more likely to receive a Federal sentence for cannabis possession than non-Hispanic Whites,” the bill’s introduction said.

As part of the proposed change, the bills makes efforts to better regulate and support legal cannabis businesses, collect a 5-percent federal tax on cannabis products to be used in a trust fund to support communities impacted by the War on Drugs, and expunge or review convictions for certain federal cannabis offenses.

The MORE Act handily passed the House 228 to 164 with 38 of representatives not voting, but it was almost completely among party lines. Only five Republicans, including Rep. Matt Gaetz (R-Florida, 1st District), supported the measure. Former GOP Rep. Justin Amash (I-Michigan, 3rd District). In comparison, only six of the 164 opposing votes were Democrats.

Circumstances may well change after the upcoming Senate runoffs in Georgia, but it is still the 116th Congress, and the GOP still maintains their 52-48 majority in the upper chamber. It is unlikely to even get to a vote before the new Congress on January 3. Senate Majority Leader Mitch McConnell (R-Kentucky) has long dismissed reform for recreational cannabis usage.