George Conway Shuts Down GOP Congresswoman’s Complaint About Schiff: ‘You Went to Harvard. You Can Read.’ 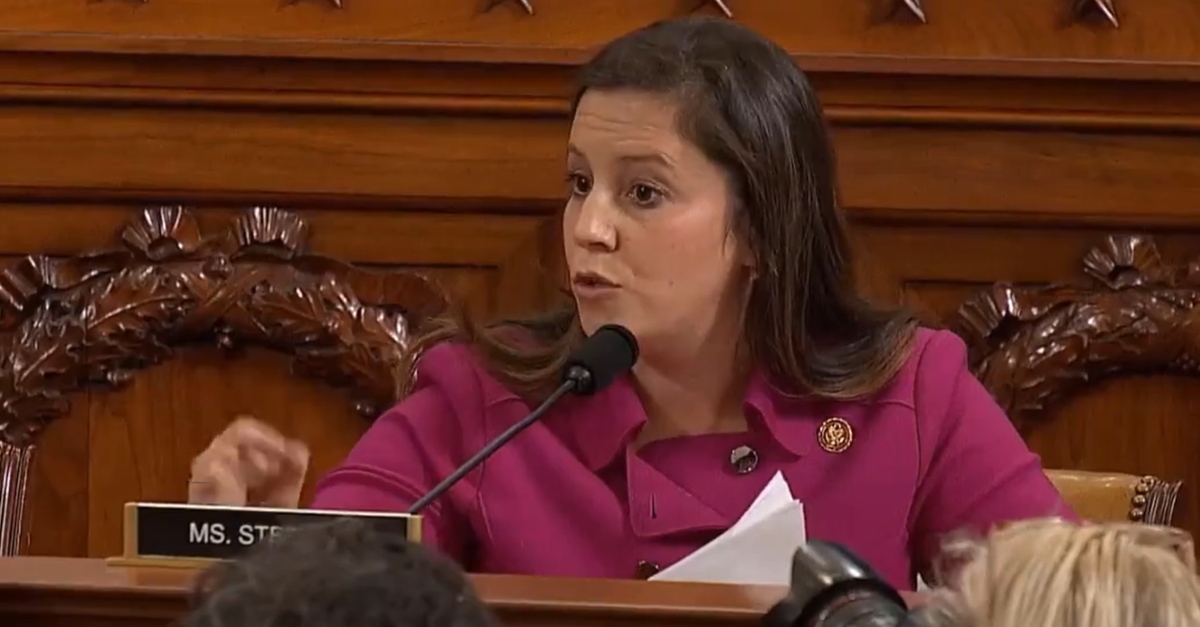 Rep. Elise Stefanik (R-New York, 21st District) criticized House Intelligence Chairman Rep. Adam Schiff (D-California, 28th District) because he stopped her from speaking at the impeachment hearings on Friday, but conservative attorney George Conway shut down her criticism. He said the rules would let her and other members of Congress speak later.

“You pulled a stunt to gaslight the public,” Conway wrote.

Once again, Adam Schiff flat out REFUSES to let duly elected Members of Congress ask questions to the witness, simply because we are Republicans. His behavior is unacceptable and he continues to abuse his Chairmanship. Watch 📺👇 pic.twitter.com/qm9Uj8tiHO

Nonsense. You went to Harvard. You can read. You knew full well that the operative resolution (H.Res. 660) only allowed questioning by the ranking Republican or Republican counsel at that point, and that you’d get your turn later. You pulled a stunt to gaslight the public. https://t.co/a9TwNvoYZC pic.twitter.com/2tfRkVjj4B

As seen on video, Stefanik tried to ask former U.S. ambassador to Ukraine Marie Yovanovitch questions, but Schiff cut her off.

“The gentlewoman will suspend,” he said, gaveling. “You’re not recognized.”

Ranking member Rep. Devin Nunes (R-California, 22nd District) took Stefanik’s side, saying Republicans controlled the time, and that they can yield it to whomever they wished. Stefanik suggested online that she wasn’t allowed to speak because she was a Republican. Conway directly addressed and debunked the claim.

“Nonsense,” he said. “You went to Harvard. You can read.”

As Law&Crime pointed out before, the impeachment inquiry doesn’t follow the normal set of rules.

“At the conclusion of questioning pursuant to this paragraph, the committee shall proceed with questioning under the five-minute rule pursuant to clause 2(j)(2)(A) of rule XI,” HR 660 says.