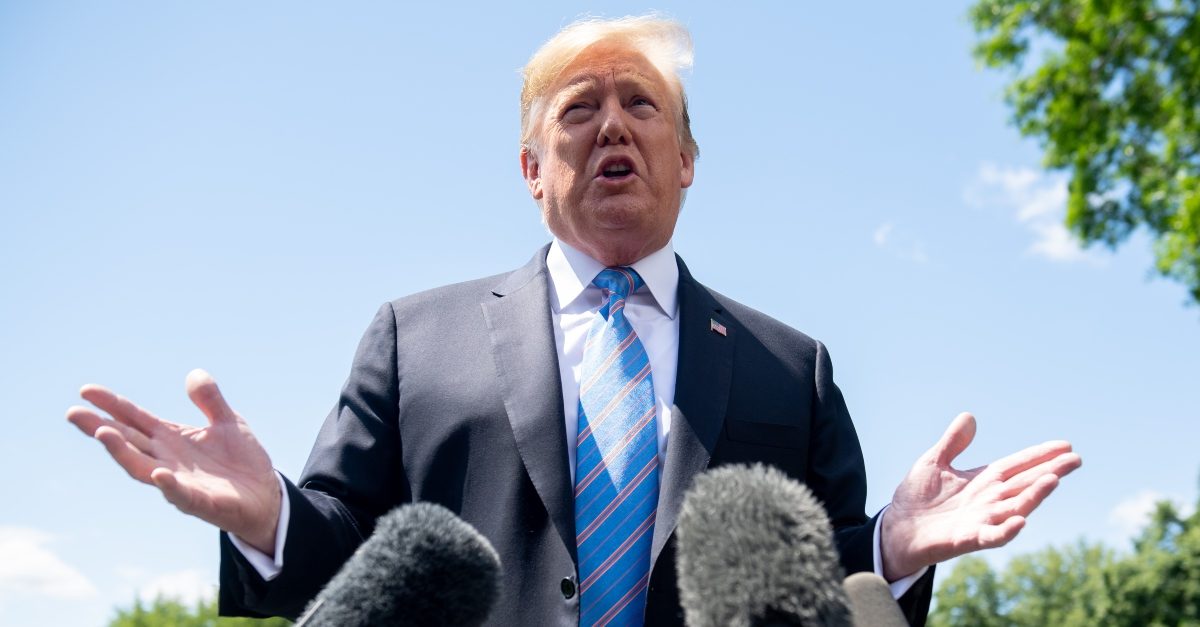 New evidence released by the House Committee on Oversight and Reform this week proves that the Trump administration lied about the direct involvement of a GOP gerrymandering strategist in its efforts to add a citizenship question to the 2020 U.S. Census, according to federal court documents filed Thursday.

In a motion seeking sanctions against the administration, attorneys representing the New York Immigration Coalition (NYIC) wrote that the recently released evidence from the Oversight Committee showed that numerous members of the administration withheld relevant documents and provided misleading testimony about the late Thomas Hofeller’s role in the attempt to add the citizenship question to the census.

The administration denied its decision to add a citizenship question was intended to give Republicans an electoral advantage, even after Hofeller’s estate released thousands of documents pertaining to his gerrymandering work and communications with administration officials. In June, attorneys for DOJ dismissed the allegations that Hofeller was involved in the administration’s census decision as a “conspiracy theory.”

But according to NYIC’s Thursday filing, the evidence contained in the Oversight Committee memo clearly illustrates that administration officials provided false or misleading deposition testimony to the Court while under oath to conceal Hofeller’s involvement. The filing specifically notes the depositions of Mark Neuman, an advisor to Secretary of Commerce Wilbur Ross, Senior DOJ official John Gore, and Commerce Department general counsel Peter Davidson.

“The basic facts are simple: Neuman incorporated verbatim the [Voting Rights Act] enforcement rationale from a 2017 document Hofeller authored into an initial draft of DOJ’s letter requesting the citizenship question. Defendants sought to brush off evidence of Hofeller’s role in adding a citizenship question to the census as a ‘conspiracy theory,’ but the newly-released documents confirm that Hofeller played an even bigger part in Defendants’ scheme than previously was understood,” the filing said. “And these new documents provide further proof that Defendants improperly withheld pertinent information from Plaintiffs and the Court.”

One of the exchanges that was withheld by the administration was between Hofeller and Neuman. Neuman sent Hofeller a text supporting his rationale for adding a citizenship question to the census with the subject line, “Census,” which was sent four months before the DOJ formally requested the addition of the citizenship question.

A few weeks later, Neuman and Gore met to discuss the text, much of which ended up in the DOJ official request to have the citizenship question added to the census.

“At all points in discovery, through many twists and turns, Neuman and Defendants withheld these documents from Plaintiffs and the Court,” NYIC attorneys wrote in their filing.

Congress Census Memo to COR Members by Law&Crime on Scribd