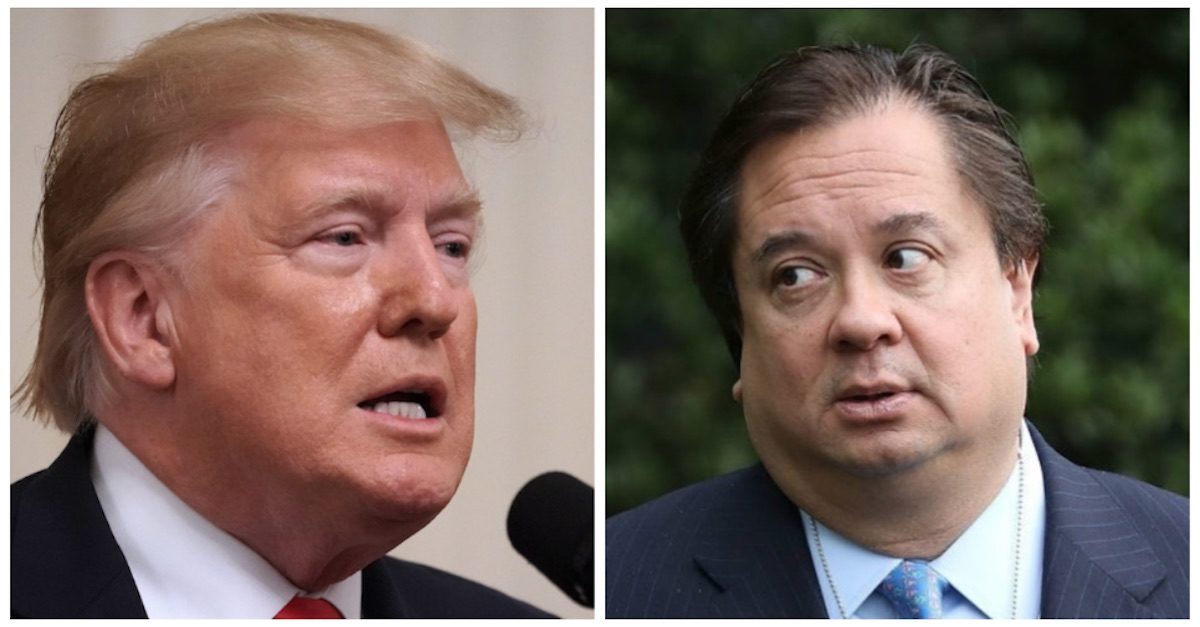 President Donald Trump on Saturday falsely claimed that Ukrainian President Volodymyr Zelensky brought up former U.S. ambassador to Ukraine Marie Yovanovitch during their July 25 phone call — a call that sparked Speaker of the House Nancy Pelosi (D-Calif.) to back an impeachment inquiry. George Conway, frequent Trump critic and attorney husband of White House counselor Kellyanne Conway, responded on Monday by saying that the president’s inability to tell the truth makes him unfit for office.

While calling in to Fox News’s Justice with Judge Jeanine on Saturday night, President Trump said it was Zelenksy that brought Yovanovitch’s name up during their July phone call.

“But even if you listen to the very good conversation that I had – a very, very good, no-pressure, congenial conversation with the new president of Ukraine – he had some things that were not flattering to say about [Yovanovitch],” Trump said. “And that came out of the blue.”

Even a cursory review of the call summary provided by the White House, however, shows that Trump, not Zelenksy, first broached the topic of Marie Yovanovitch.

“Rudy [Giuliani] very much knows what’s happening and he is a very capable guy. If you could speak to him that would be great,” Trump said according to the summary, before pivoting the discussion to Yovanovitch. “The former ambassador from the United States, the woman, was bad news and the people she was dealing with in the Ukraine were bad news, so I just want to let you know that.”

Yovanovitch wasn’t mentioned by name, but she was the “bad news” Trump was talking about.

Zelensky then mentioned the former ambassador in his response to Trump, but got her name wrong.

“I would kindly ask you if you have any additional information that you can provide to us, it would be very helpful for the investigation to make sure that we administer justice in our country with regard to the Ambassador to the United States from Ukraine as far as I recall her name was Ivanovich [sic],” he said.

Zelensky then clearly stated that Trump was the first person to bring Yovanovitch to his attention.

“It was great that you were the first one who told me that she was a bad ambassador because I agree with you 100-percent,” Zelensky said. All of this was in a memo of the call that the White House released.

George Conway, who earlier this month penned an 11,000 word op-ed in the Atlantic arguing that Trump was mentally unfit for office, reiterated that sentiment Monday morning. This time, Conway called the president a “sociopath” and a “pathological liar.”

His lies never cease. Even if there were an audio or a video of the call, @realDonaldTrump would still lie, just as he has asserted, falsely, that the Access Hollywood video was doctored. He’s a pathological liar and a sociopath, unfit for any public office. https://t.co/ZJzXLCbeIE

“His lies never cease. Even if there were an audio or a video of the call, [President Trump] would still lie, just as he has asserted, falsely, that the Access Hollywood video was doctored,” Conway tweeted. “He’s a pathological liar and a sociopath, unfit for any public office.”