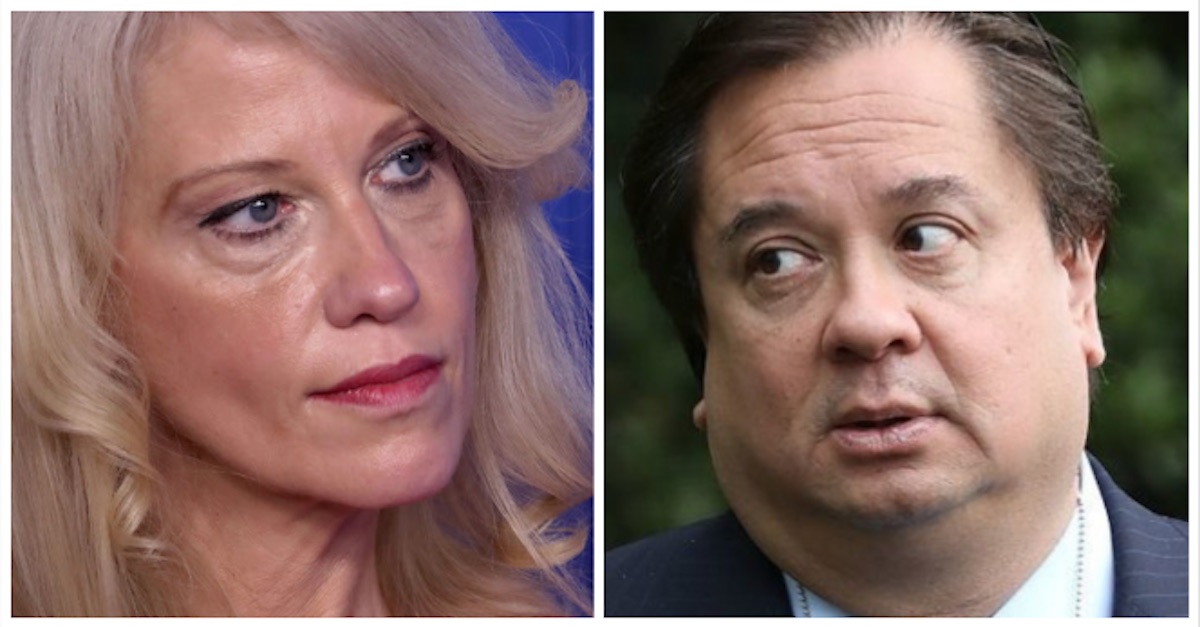 It’s almost as if attorney and Trump nemesis George Conway was subtweeting his wife, White House counselor Kellyanne Conway, via a retweet on Thursday.

It began with George Conway dismissing White House spokesman Hogan Gidley’s explanation of a high-profile debacle, in which the grieving parents of Harry Dunn were, in their words, “ambushed” by an offer to meet their son’s killer. Gidley defended President Donald Trump’s handling of the meeting, saying the president was “wonderful,” understanding and “heartfelt.” Fox News anchors noted that Dunn’s parents, Charlotte Charles and Tim Dunn, were upset that Anne Sacoolas was sitting in another room, prepared to meet them for the first time. Sacoolas is a U.S. diplomat’s wife who hit into and killed Harry Dunn while driving on the wrong side of the road in England, then left the country weeks later claiming diplomatic immunity.

While Dunn’s parents had said publicly that they would meet Sacoolas only if they had assurances she would return to the UK and be held accountable, President Trump extended a “surprise” offer for them to meet Sacoolas at the White House this week. This is what Gidley’s defense and Conway’s retort were about.

“Gosh, whose version of this story should we accept? The pathologically lying narcissistic sociopath who says he’s a stable genius who does everything perfectly? Or these parents?” Conway chimed in.

Others were quick to pick up on Conway’s tweet.

I cannot imagine the experience of checking your morality and decency at the door to be a spokesman for this monster. https://t.co/X3Zlb7HQ8P

Norman Ornstein, an American Enterprise Institute (AEI) scholar and a contributing editor for the Atlantic, quote-tweeted Conway and replied, “I cannot imagine the experience of checking your morality and decency at the door to be a spokesman for this monster.”

Conway retweeted this, which is, you know, interesting because his wife is a spokesperson for the president.

The political divide at the Conway household has been chronicled many times over.