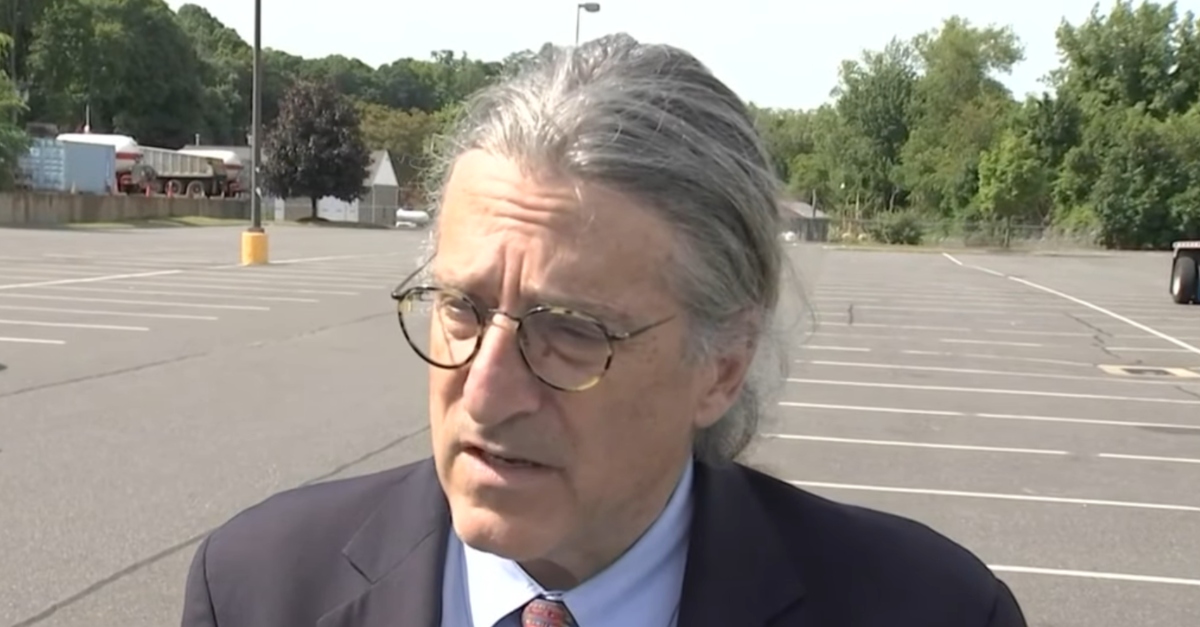 Connecticut man Fotis Dulos just got a new lawyer to represent him amid the May 24 disappearance of his estranged wife Jennifer Dulos. Incidentally, one of them is Norm Pattis, an attorney of Infowars founder and conspiracy theorist Alex Jones.

(2/2) Here’s the rest of the statement about Norm Pattis taking over the Fotis Dulos defense. Pattis also represents Alex Jones, who’s being sued by Sandy Hook parents for calling the mass shooting a hoax. @news12ct pic.twitter.com/tKh3IqrVtv

“I caution the world at large that things are rarely as they appear early on in a sensationalized investigation like this one,” Pattis said in a statement. “The rush to judgement stops now as does the conviction by innuendo. If necessary, we’ll let a jury decide what happened here.”

Fotis Dulos and his girlfriend Michelle Troconis are charged with hindering prosecution and tampering with evidence. He had been in the middle of an ugly divorce and custody dispute with his wife. Police said that he and his lover dumped garbage bags in 30 different spots in a bid to cover up that Jennifer Dulos was the victim of a violent crime. The five Dulos children are currently in the custody of their maternal grandmother.

Pattis spoke with WFSB 3 before he was hired. He acknowledged that circumstantial evidence pointed at Fotis Dulos and Troconis, but said “we have no idea what happened” or if they did it.

This change in legal team comes at a pivotal time for the co-defendants. Troconis is cooperating with cops. She reportedly met with cops at the law office of her attorney, and went with them to the home she shared with her boyfriend. Julie Rendelman, a defense lawyer and Law&Crime Network analyst, has suggested that this means Troconis has information that could help her and possibly hurt Fotis Dulos.