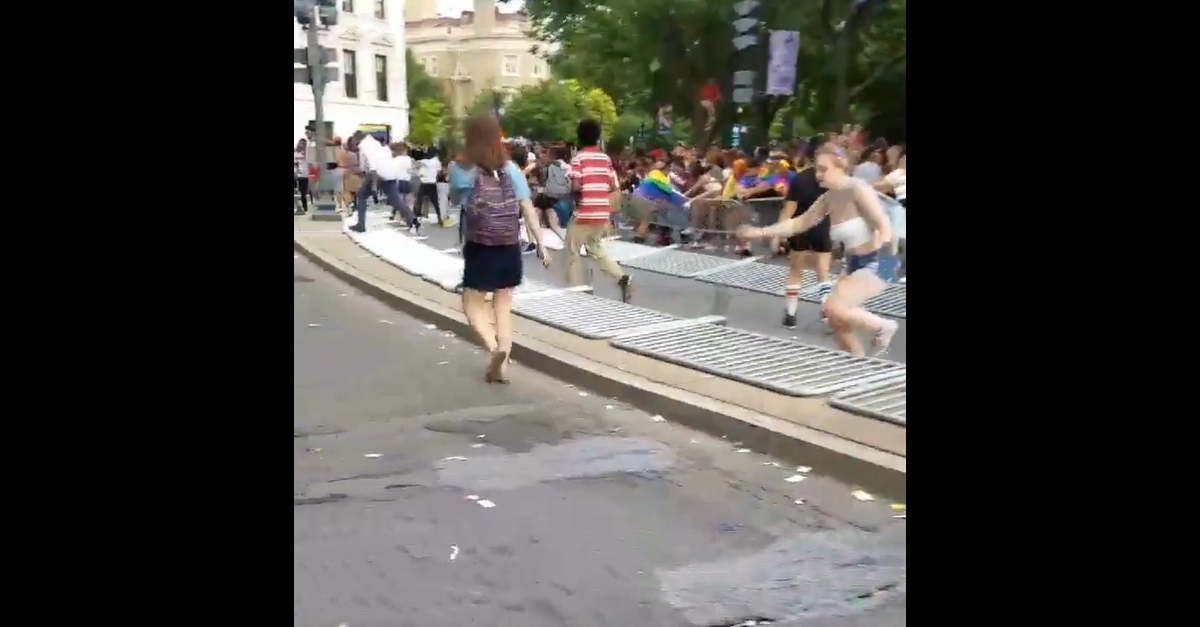 Police announced more details on Sunday about what allegedly caused panic at the Pride Parade in Washington D.C. A man pulled out a B.B. gun on someone else, cops said in a WTOP report.

This had been blamed for the causing chaos at the scene. Aftabjit Singh faces charges including possession of a BB gun, carrying a dangerous weapon, and disorderly conduct. The defendant allegedly said he pulled out the B.B. gun because someone hit his significant other.

“I’ll be back,” the defendant allegedly said during the arrest. “I’ll shoot that [censored].”

It’s unclear if he has an attorney in the matter.

Police say man arrested at Dupont Circle yesterday was Aftabjit Singh, 38.
Faces 4 charges, 3 for allegedly having what police now say was a BB gun that looked like a real silver pistol.
Per police report he said he pulled it on someone hitting his girlfriend. #CapitalPrideParade pic.twitter.com/B458AXXEZ0

Meanwhile this woman, who was with the man who was arrested for allegedly having a gun, is also under arrest – she’s being charged with assaulting a police officer. pic.twitter.com/3Z5qYXAIt8

This incident happened amid a constant pattern of mass shootings in the United States. People on social media initially feared that Saturday’s incident was more of the same. Footage shows parade attendees fleeing the scene.

#DCPride #CapitalPride #shooting Marching in the Gay Pride parade in Washington DC. As my girlfriend and I were walking past Dupont Circle, apparently someone started shooting. I did not hear the shots, but caught the moment of the stampede. People went quickly from smiling, pic.twitter.com/oPQdIrM3dG

Flew to DC from LA to make it to a friend’s 50th bday party. It also happened to be #DCPride. As I’m getting dressed I hear the voices of women knocking on doors, screaming “help us!” Opened my door. They ran inside. Rumors of gunshots. Everyone ran. Waiting here with them now.