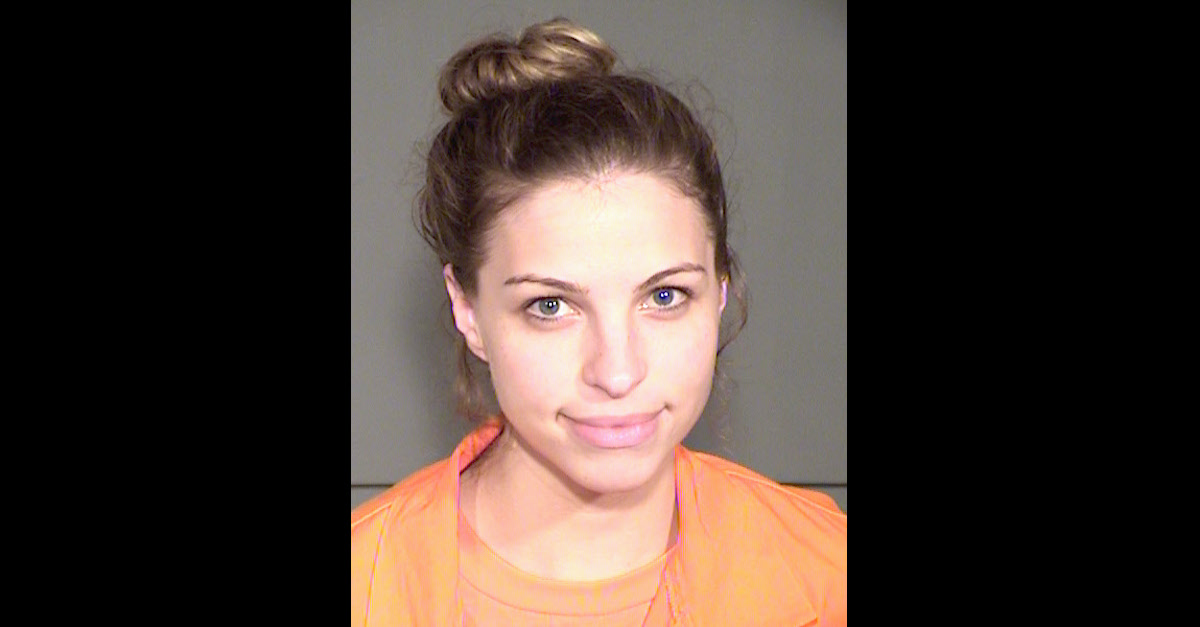 Brittany Zamora appears in an undated prison mugshot posted online by the Arizona Department of Corrections.

A former sixth-grade teacher sentenced to 20 years in prison for committing sex crimes inside her classroom against a 13-year-old student recently held a new job behind bars: teaching and tutoring. A prison system spokesperson told Law&Crime that Zamora asked for the assignment; it was okayed after an internal review process found the inmate “met the requirements” for the job because she had “no disciplinary issues” while in prison.

According to Arizona jail records reviewed on Tues., Oct. 19 by Law&Crime, Brittany Ann Zamora, a 30-year-old inmate at the Arizona State Prison Complex in Perryville, was assigned to work as as a tutor/educator between Sept. 17, 2021 and Oct. 14, 2021. She previously held three back-to-back details as a kitchen helper between Feb. 15, 2021 and Aug. 13, 2021. The gap between the kitchen duties and the tutoring duties was unclear from the available records.

Law&Crime noticed the entry when performing a routine check on the status of old cases.

A screenshot of Brittany Zamora’s work details appeared on an Arizona Department of Corrections website as of Oct. 19, 2021.

Zamora pleaded guilty to having sexual conduct with a minor, attempted molestation, and public sexual indecency for allegations that included sending naked pictures to her victim and asking another student to act as a lookout during at least one of the sex acts. A second student reportedly told police he witnessed sex acts between Zamora and the first student and that Zamora also sent him naked pictures of herself. Administrators were accused of rebuffing complaints from multiple students who reported the conduct — including in writing. Investigators said Zamora used text messages to lure her primary victim out of his grandparents’ house around midnight one night for a sexual encounter; another of the four alleged sex acts happened after a school talent show.

Law&Crime contacted a spokesperson for the Arizona Department of Corrections on Oct. 19 to discuss Zamora’s work assignment. A spokesperson told Law&Crime by phone that Perryville is an all-women’s facility and that at no time would a teacher or tutor be left alone without supervision. In other words, Zamora would not be teaching someone similar to the person she pleaded guilty to victimizing and security would be present during her teaching assignments. The spokesperson asked for a list of questions to be submitted in writing. In response to those questions, the DOC wrote back on Wednesday, Oct. 27, as follows. (Some of the acronyms — COII, COIV, etc. — refer to positions the DOC described as “similar to guidance counselors” who “work with the inmates for education, work or self-help programming opportunities.”)

Inmate Zamora assisted the education staff in teaching the inmate students, in a group setting. She was directly supervised while working at all times by educational instructors, and the classrooms are routinely checked and monitored by Security staff, COII’s and/or supervisors (Sergeants, Lieutenants, Captains, COIV’s). The education classrooms are also under video surveillance at all times and monitored by security staff. Inmate Zamora was hired through the standard processes of receiving a work assignment, upon her request for the job. She met the requirements set for the tutor position including no disciplinary issues.

The Department has a system in place for screening inmates for work assignments which include a review of their offenses/sentencing, custody scores, escape history, past work assignments, etc. This process has a tiered structure in which it is reviewed by the inmate’s assigned Programs Counselor (COIII), the W.I.P.P. (Work Incentive Pay Plan) Coordinator, and the Programs’ Supervisor (COIV).

Inmate Zamora was not administratively removed from her position as a tutor for any reason. It was upon her request that she simply wanted a different job. She is now currently working as the assigned Porter for our Programs area (10/14/2021-Current).

Law&Crime asked the DOC what courses or subjects Zamora was teaching; the statement provided was silent as to that question.

A teacher certification database maintained by the Arizona Department of Education indicates that Zamora has a discipline history with regulators and that her teaching license is not valid. The DOE told Law&Crime via email that it has “no oversight or involvement regarding an incarcerated individuals’ prison job assignment.” (Phoenix ABC affiliate KNXV-TV reported in 2019 that Zamora “surrendered her teaching certificate in December 2018” and would not be “eligible to reapply until 2023.”) 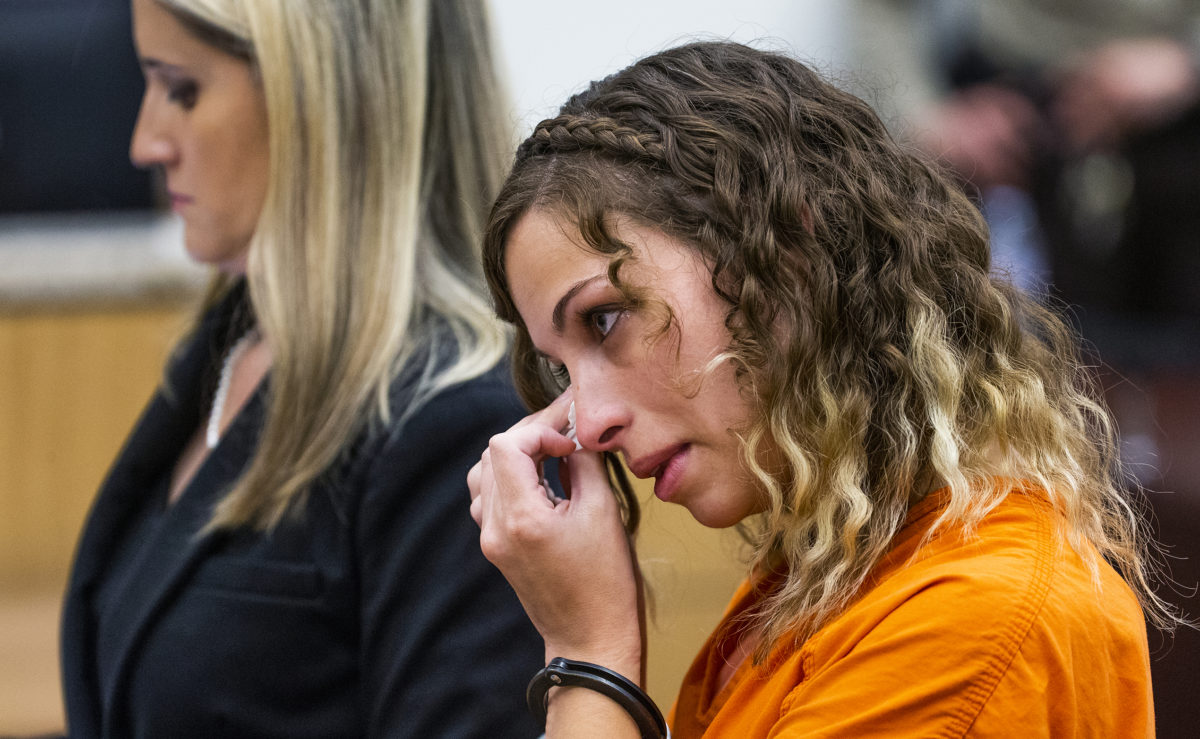 Brittany Zamora wipes away a tear after being sentenced to 20 years in prison in Maricopa County Superior Court in Phoenix, Friday, July 12, 2019. Judge Sherry Stephens also handed down two lifetime terms of probation to the former Goodyear, Arizona, teacher for molesting a 13-year-old student.  (Image via courtroom pool photographer.)

Cameron Lindsay, a warden for 12 years at three prisons and two jails (including in federal, county, and private facilities), now works as a consultant and expert witness. Law&Crime sought by telephone his analysis of Zamora’s work detail.

Lindsay said he saw no issue whatsoever with Zamora’s work as a teacher and/or tutor behind prison walls.

“I would opine that she is programming in a positive manner in a way that can benefit other inmates who have special needs in terms of education or learning,” Lindsay said. “Ninety five percent of people incarcerated will return to their communities eventually.  It behooves us to try to correct . . . that’s what we should be doing.”

Lindsay said that the primary question prison officials must ask themselves when approving such a detail is whether Zamora would be “a danger to other inmates.”

“I don’t see any threat to safety or security by having an individual like that assisting, teaching, and tutoring,” he said — thus answering his own question.  “I can’t see a way anybody could be against it . . . it’s a zero issue.”

Lindsay said prison schoolrooms generally “look[] like pretty much any schoolroom or classroom — except that it is in prison.”

“Except the attire,” he said. “Inmates are in whatever prison attire they’re afforded.”

Linsday said security protocol for the teaching or tutoring environments vary depending on the facility and the agency that manages it. In most cases, there are educational staffers (teachers) and correctional staffers (guards) in the area — but that depends on the security level of the prison, he said. In minimum security facilities, guards might not be immediately present, but he again added that the precise layout depended on the protocol of the facility.

The Perryville prison’s website says “Adult Basic Education (ABE) and GED programs are available to all inmates” at the facility.  It also says as many as 160 volunteers assist with the programs — some of which include “educational tutoring.” 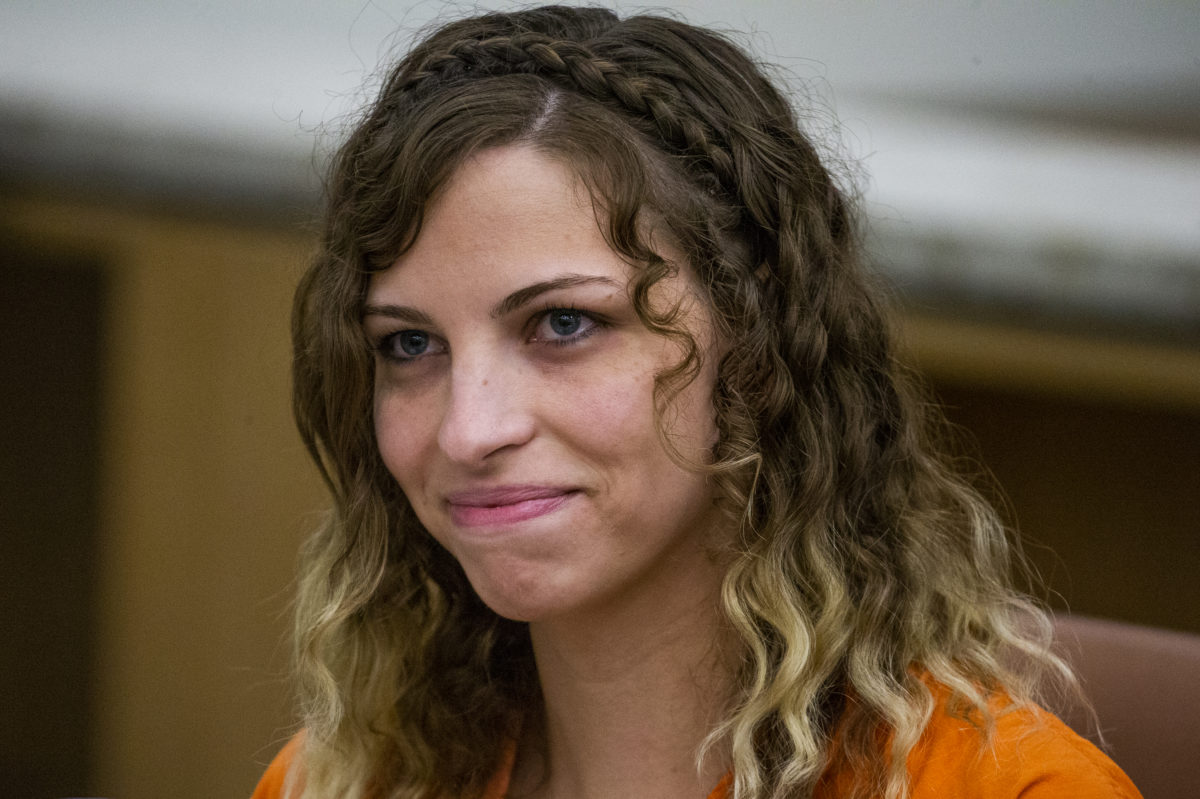 Zamora touted her accomplishments as a teacher — including being selected as teacher of the year — when she was sentenced in July 2019 according to the terms of a plea agreement. She apologized at sentencing for causing her victim and his family “undue stress” and said she was “ashamed” of her actions. She called her crimes “completely out of character.”

“I am not a threat to society by any means,” Zamora said at the time. She noted she had relinquished her teaching license but only spoke vaguely about hoping to rejoin society some day when her prison term was complete.

Zamora’s attorney noted at sentencing that the defendant would be required to register as a sex offender.

According to jail records, Zamora is scheduled to be released from prison on March 16, 2038.

Editor’s note:  this piece has been updated to indicate that Zamora’s defense attorney declined to comment on Nov. 2.  It previously said the attorney did not respond to a request for comment.