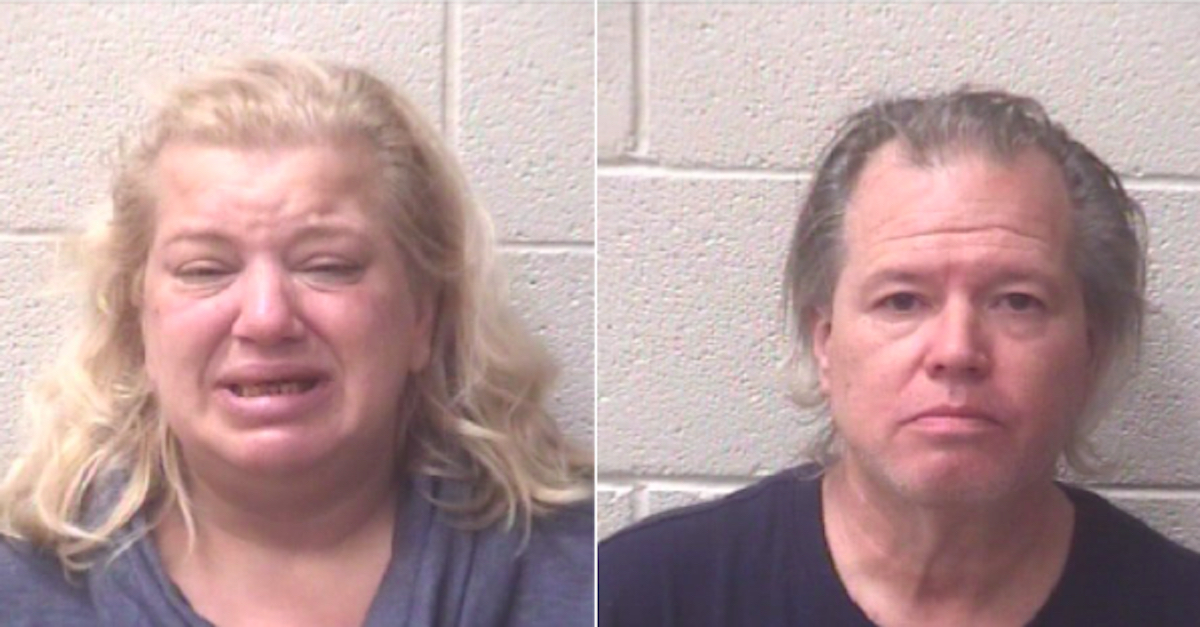 A married couple in North Carolina was arrested this week in connection with the cold case death of an infant who was beaten and suffocated before being stuffed in the trash over three decades ago, police said.

Deputies with the Alexander County Sheriff’s Office (ACSO) on Oct. 21 took Scott Gordon Poole, 54, and his wife Robin Lynn Byrum, 51, into custody on one count each of concealing the birth of a child, a Class I felony. Additional charges are expected pending further investigation, police said.

According to a press release, the Nags Head Police Department contacted the Alexander County Sheriff’s Office concerning the cold case investigation dating back to April 4, 1991. On that date, Nags Head police responded to a call in the 8600 block of East Tides Drive in response to a report about human remains being found in a trash can rack. Upon arriving at the address, first-responders were able to identify the remains as an infant but were unable to confirm the child’s gender due to severe decomposition. Based on the rate of decomposition, authorities said the child “appeared to have been deceased for some time.”

An autopsy conducted by the Pitt County Medical Examiner’s Office in Greenville determined that the infant’s death was a homicide caused by blunt force trauma to the face and asphyxiation, the sheriff’s office said.

Investigators with Nags Head PD continued to revisit the case multiple times over the last three decades in an effort to find who was responsible. The department caught a break in 2019 when detectives re-opened the case of “Baby Doe” and sent a child’s rib bone to Othram Inc., a private lab in Woodland, Texas that specializes in genealogy and DNA testing.

According to police, the lab “recovered human DNA from the bone and used that hereditary material to conduct a genealogical profile, which led to a family in North Carolina.”

In a multi-agency operation involving Nags Head PD, the Alexander County Sheriff’s Office, and the North Carolina State Bureau of Investigations, authorities obtained DNA samples from Poole and Byrum. Those samples were tested and allegedly confirmed that they were the parents of the deceased infant.

“The tragedy of this child’s death and the manner in which his body was disposed of is compounded by the fact that, until now, no one has been found responsible for this incredibly heartbreaking act,” Nags Head Police Chief Phil Webster said in a statement. “But, through the hard work of Nags Head Police investigators and our law enforcement partners in the case, those who did this will be held accountable for a death that has remained unsolved for three decades.”

“These arrests are a result of many years of diligent investigation by our highly-trained and dedicated law enforcement professionals,” said Nags Head Mayor Ben Cahoon. “While they are responsible for responding to accidents and crimes, they must also defend the innocent. This is a true example of that. The Board and I appreciate their diligence in working to solve this crime.”