Who Is Kenneth Bell? | Law & Crime 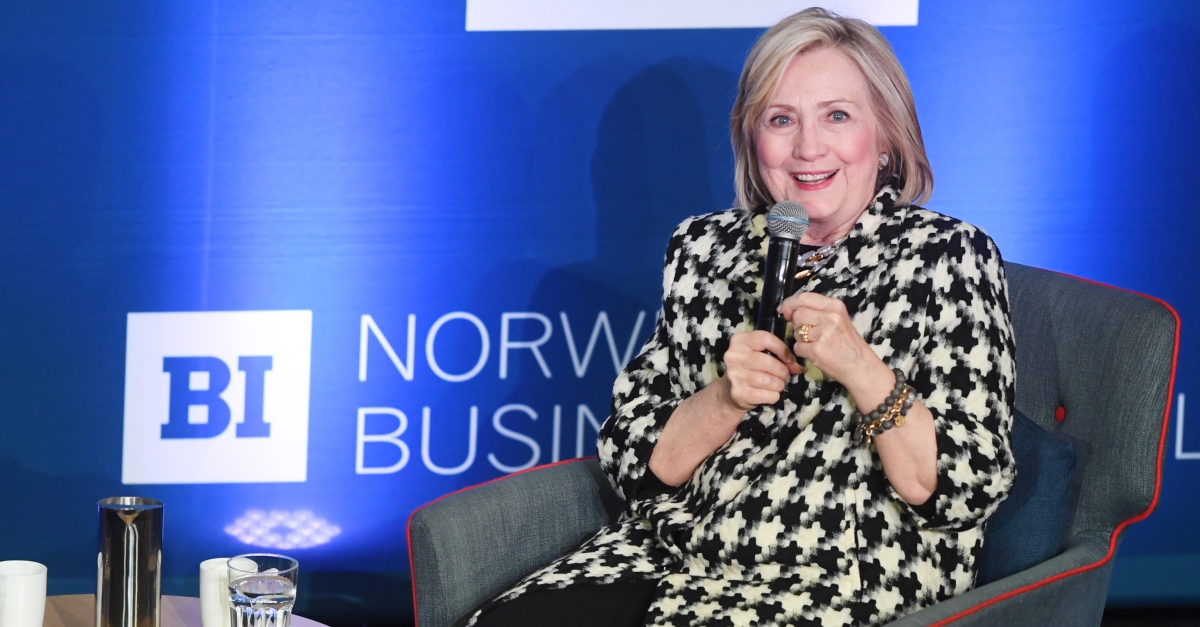 The U.S. District Court for the Western District of North Carolina has a new judge on the bench — one who just so happens to have argued in that past that Hillary Clinton could have been indicted over a certain email scandal. The U.S. Senate voted to confirm Kenneth Bell to his post 55-43 on Wednesday. Bell is both a former prosecutor and a partner at the McGuireWoods law firm.

As Bloomberg Law noted, an op-ed that Bell wrote for the Charlotte Observer back in July 2016 garnered some attention among Democratic senators, such Sen. Dianne Feinstein (D-Calif.).

As a former federal prosecutor, I disagree with FBI Director James Comey’s assertion that “no reasonable prosecutor” would bring felony charges against Hillary Clinton for mishandling “classified information either intentionally or in a grossly negligent way.” To the contrary, any reasonable prosecutor would indict. “Only facts matter,” as Comey said.

Bell went on to say that Comey “got out of his lane in telling the world no prosecution should, or would, be brought.”

“FBI agents investigate and present facts to prosecutors. Prosecutors decide whether to bring charges,” he continued. “This decision wasn’t up to Comey. Attorney General Lynch accepted Comey’s recommendation in less than a day. No ‘reasonable prosecutor’ would do that.”

Here’s the Feinstein Q&A about the op-ed:

Q: What evidence do you have that Secretary Clinton “placed her compulsion for privacy and personal convenience above the security interests of the country”?

A: My 2016 opinion piece was written based upon nearly 18 years as a federal prosecutor, 10 of which I served as First Assistant United States Attorney under both Democrat and Republican appointed United States Attorneys, and 17 years as a defense attorney. It particularly criticized then FBI Director Comey for stating a prosecutorial decision, which in mv view at the time should have been left to officials of the Department of Justice. In my view at the time, it would have equally been a usurpation of the Attorney General’s authority for Director Comey to state that “every reasonable prosecutor” would pursue an indictment.

My personal opinion expressed in the 2016 op-ed was based on general media reports about Secretary Clinton’s email practices while she was Secretary of State.

Q: What evidence do you have that Secretary Clinton used “personal servers so as to keep government records inaccessible”?

A: My personal opinion expressed in the 2016 op-ed was based on general media reports that Secretary Clinton maintained unsecured personal servers for convenience, and that thousands of official emails were found on those servers.

Q: During your time as an Assistant United States Attorney, how many cases did you work on that involved allegations of mishandling classified information? Please provide the name and citation of each case, and the nature of your involvement in the case, including whether you served as chief counsel on the matter.

The DOJ’s Inspector General did find that fired FBI Director Comey’s handling of the Clinton probe was “extraordinary and insubordinate.”