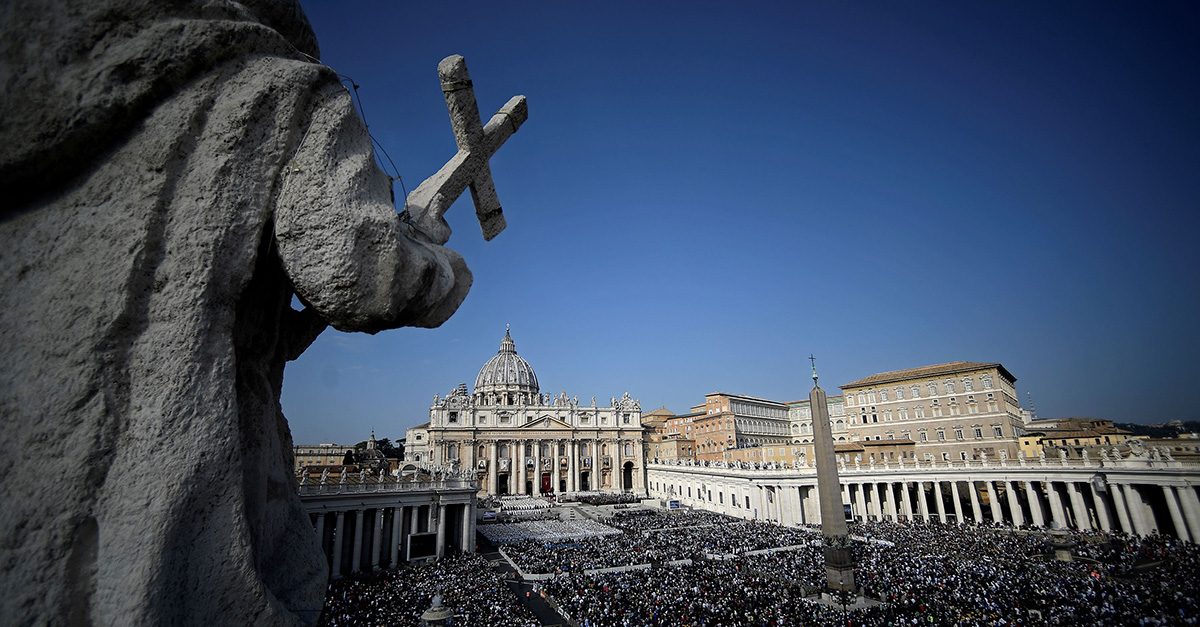 A general view of a mass for a canonization ceremony of Pope Paul VI and the martyred Salvadoran Archbishop Oscar Romero in St Peter’s Square at the Vatican, on October 14, 2018.

A police department received “marching orders” not to arrest Catholic priests but to instead alert the bishop’s office to any potentially illegal activities involving the priests, according to former a Buffalo Police Detective. This policy “only extended to Catholic priests.” “If we caught clergy from other religions, we arrested them,” he said.

Former vice squad Detective Martin Harrington and other retired Buffalo PD officers revealed this an explosive story published Sunday by Buffalo News. The interviews come just months after the Buffalo Diocese publicly identified 80 priests whom it determined were credibly accused of sexual misconduct with a minor, a number that would soon inflate to over 100.

Harrington’s former lieutenant Martin Jurewicz recalled the departmental procedures for dealing with reports of sexual assault from clergymen, telling the paper that beginning in 1968, “when you picked up a priest, you had to call the bishop’s office,” who would then “send someone to pick up the priest. No arrest was made. The diocese handled these problems.”

Harrington and Jurewicz both claimed they never knowingly allowed a priest accused of sexually assaulting a child to go free, only those caught with child pornography or in compromising positions with other adults. However, the report includes a number of interviews with surviving victims who recount their stories in harrowing detail and illustrate that the “policy” of not reporting illegal activity to authorities certainly protected priests accused of sexual assault.

It wasn’t until 2003, a full year following Boston’s clergy abuse scandal, that the Buffalo Diocese succumbed to signing an agreement with New York district attorneys in which, for the first time, they promised to report any allegations against priests involving sexual misconduct of minors to prosecutors.

Though highly disturbing, Western New York is far from alone in failing to prosecute clergymen credibly accused of sexual misconduct.

Just last year authorities in Pennsylvania completed a bombshell investigation into the sexual assault of minors condoned by the diocese which uncovered credible evidence that at least 1,000 children were sexually abused by more than 300 priests. Three of those priests have been prosecuted.