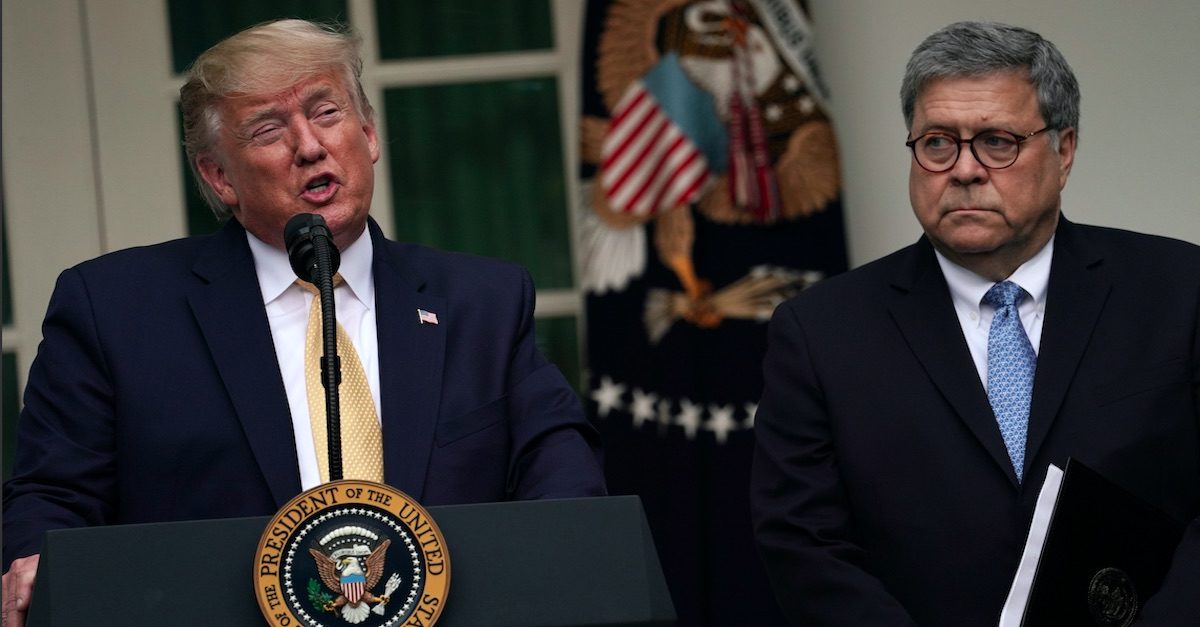 Manhattan federal prosecutors sided with President Donald Trump in his fight to quash subpoenas for his financial records, asking a judge to issue a temporary restraining order (TRO) that would block a New York state grand jury demand for his tax returns. The unusual last-minute intervention by prosecutors from the Southern District of New York (SDNY) on behalf of the president raised eyebrows among several former Assistant U.S. Attorneys, with many commenting on the filing’s abnormally political posturing.

In response to the state grand jury subpoenas, which sought eight years of Trump’s personal and business financial records, Trump filed a federal lawsuit seeking a TRO to prevent accounting firm Mazars USA from complying with the demand.

In the three-page Statement of Interest submitted by U.S. Attorney Geoffrey S. Berman, the prosecutors contend that subpoenas for Trump’s financial records issued by Manhattan District Attorney Cy Vance should not be enforced, claiming a sitting president is immune from criminal investigation.

Citing directly to the president’s original complaint, they then asserted that “Article II, the Supremacy Clause, and the structure of the Constitution preclude subjecting a sitting President to state criminal process, including grand jury subpoenas directed at the President or his agents.”

“Because this is confusing, Here’s the cliff notes: Trump filed a lawsuit using his own lawyers to keep Manhattan DA from getting his taxes for use in a criminal investigation. Now DOJ/SDNY says it’s thinking about intervening in the case to argue in Trump’s favor,” she wrote.

She also noted how extraordinary it is for federal prosecutors to intervene in such a manner.

“I can’t recall, as a US Atty, trying to block a fellow prosecutor in my state from proceeding with a grand jury investigation,” she tweeted. “Yes, DOJ policy is that DOJ can’t indict a sitting POTUS. This week DOJ is willing to argue he can’t even be investigated. And now, that they believe the Constitution prohibits a state prosecutor from investigating or indicting a sitting president. If SDNY intervenes, it will be to ensure Trump remains above the law & his taxes can’t be reviewed like those of any other citizen under investigation.”

Former SDNY prosecutor and current CNN legal analyst Elie Honig said the filing was a nadir for the state of prosecutorial independence.

“As a proud SDNY alum, I’ll say it: if the SDNY in fact takes this position, it will be an embarrassment and mark a low point in the SDNY’s history of independence,” Honig wrote in response to the filing.

Honig’s former SDNY colleague and current Criminal Justice Fellow at Pace University Mimi Rocah similarly said the maneuver “has Bill Barr written all over it,” adding, “He is using DOJ to try and protect Trump. Again.”

DOJ Trump Statement of Support by Law&Crime on Scribd