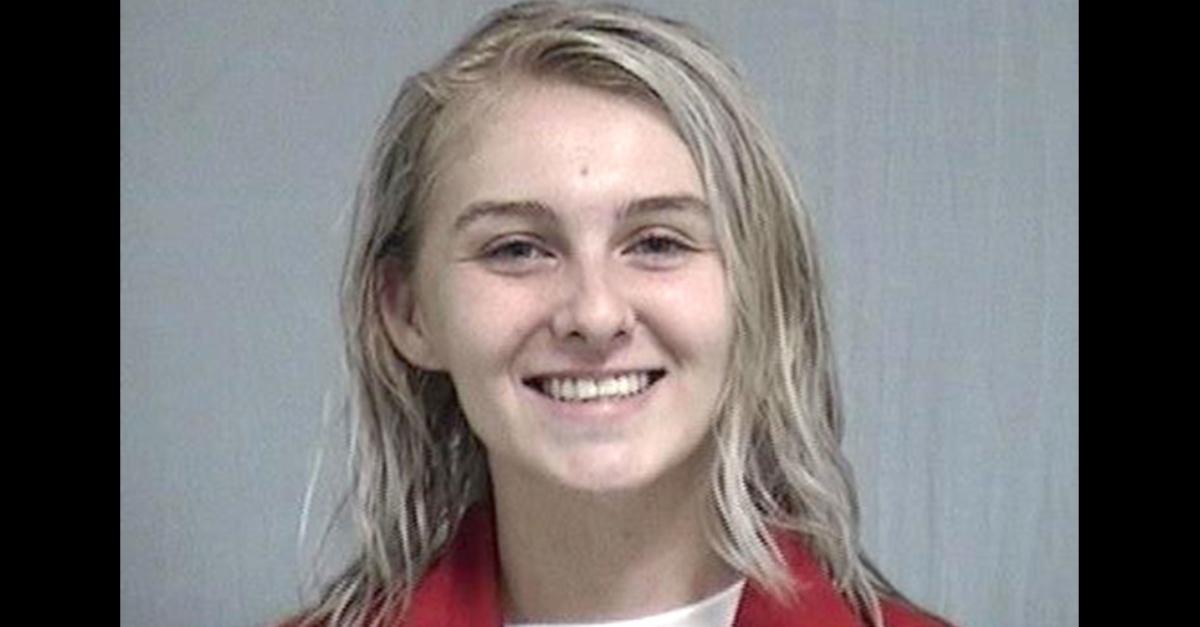 A 19-year-old in Nassau County, Florida has been accused of terrorizing older relatives because she wasn’t allowed to “eat more than her fair share of tomatoes.” Katie Jade Gates, 19, is charged with aggravated assault, and aggravated battery on a person over the age of 65, according to records reviewed by Law&Crime.

The Nassau County Sheriff’s Office said the fight happened September 12. Deputies said they made contact with a female homeowner. The woman said that Gates, her granddaughter, got mad over not being allowed to eat more tomatoes at the dinner table.

The defendant started acting “disrespectful” and enraged the elderly adults in the home, said the woman.

Judging by the affidavit, no one was angrier than Gates. She allegedly threw a water bottle at her grandfather, almost hitting him. She also allegedly threw a cigarette pack at her 73-year-old great-grandmother, striking her in the “top portion of her eye,” deputies said.

The defendant’s grandfather confronted her over her behavior, deputies said. Her alleged response: She grabbed a knife, and started chasing him with it, even following him outside.

“Motherfucker, I’ll stab you in your fucking face,” she allegedly said. Gates is said to have poked the blade toward his face, and almost struck him with it. She only gave up when the grandmother told her she was calling the cops.

Deputies said another man who lived on the property also witnessed the outburst.

According to deputies, Gates admitted to throwing the cigarette pack at her great-grandmother, and to picking up the knife and to walking outside with it to where her grandfather was. She allegedly denied trying to poke him with it, however.