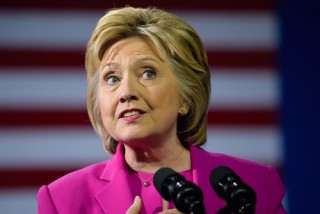 Phil Houston is CEO of QVerity, a training and consulting company specializing in detecting deception by employing a model he developed while at the Central Intelligence Agency. Over his 25 year career, he has conducted thousands of interviews and interrogations for the CIA and other federal agencies. His colleague Don Tennant contributed to this report.

In a riveting, if uncomfortable, appearance before the House Oversight Committee on July 7, FBI Director James Comey affirmed that statements made by former Secretary of State Hillary Clinton, related to questions about her use of personal email to send and receive classified information, were untrue. As disturbing as that was, what was even more difficult to watch was an interview with Secretary Clinton the next day that demonstrated not only a lack of contrition on her part, but a lack of intent to change her questionable behavior.

There was an almost surreal element to the Capitol Hill hearing, in which Rep. Trey Gowdy (R-S.C.) asked Director Comey about the truthfulness of several statements Secretary Clinton had made about the matter.

“Secretary Clinton said there was nothing marked classified on her emails either sent or received,” Gowdy said. “Was that true?”

“That’s not true,” Comey responded. “There were a small number of portion markings on I think three of the documents.”

“There was classified material emailed,” Comey replied. Gowdy was on a roll.

“Secretary Clinton said she used just one device. Was that true?”

“She used multiple devices during her four-year term as Secretary of State,” Comey responded.

“Secretary Clinton said all work-related emails were returned to the State Department,” Gowdy said. “Was that true?”

“No,” Comey said. “We found work-related emails, thousands, that were not returned.”

“Secretary Clinton said neither she nor anyone else deleted work-related emails from her personal account,” Gowdy said. “Was that true?”

“That’s a harder one to answer,” Comey said. But his explanation was only marginally less damning than his previous responses.

“We found traces of work-related emails on devices or in slack space,” Comey said. “Whether they were deleted, or whether when a server was changed out something happened to them, there’s no doubt there were work-related emails that were removed electronically from the email system.”

It was difficult not to think of that extraordinary exchange when CNN’s Wolf Blitzer interviewed Secretary Clinton the next day, and raised the issue of the State Department’s decision to reopen its own internal review of her use of personal email now that the FBI has completed its investigation. Blitzer’s question was clear and straightforward: “Will you cooperate with this new State Department investigation?”

Anyone who was expecting Secretary Clinton to naturally respond with an immediate, “Of course,” was in for a bit of a jolt.

“Well, I assume they will pursue whatever process they think is appropriate, and I also assume that they will pay very close attention to what the findings were of the Justice Department investigation,” she said. That evasion behavior in her failure to answer Blitzer’s question was followed by persuasion behavior in the form of a stream of convincing statements aimed at influencing our perception of her. The highlight: “I am very proud of the work that we did during my four years. We dealt with two wars, a financial collapse, the Arab Spring, and so much else.”

Blitzer was running out of time, but he gave it one final shot:

“Well, there was a Justice Department investigation going on at the time,” she said. “And of course I fully cooperated with that.” Still, no “Of course I will cooperate with the State Department review.” No response to the central question at all.

So what are we to make of Secretary Clinton’s cavalier attitude, and her unwillingness to commit to cooperating with a review being conducted by the organization she claims to have been proud to serve for four years? Our underlying concern runs deeper than simply the egregious nature of the transgressions recounted by Director Comey, and is twofold. First, Secretary Clinton’s behavior suggests that she sees herself as being above the law—that the decision as to which rules she will follow is hers alone. Second, based on her responses to Blitzer’s questions, she appears to be willfully engaging in deception by giving the impression that she will cooperate with the State Department’s review, while likely having no intention of doing so.

What makes that especially troubling for me is the rather rare prism through which I view that behavior. Having spent much of my 25-year CIA career in the Office of Security, my job at its most fundamental level was to determine whether an individual should be granted access to classified information, the unauthorized disclosure of which could have lasting, devastating consequences for our national security. I can tell you this with absolute certainty: Anyone who was found to have demonstrated the exceedingly poor judgment that Secretary Clinton demonstrated in the use of her private email would likely not be granted a security clearance, the basis for denial being the risk associated with her unwillingness to follow the rules. And anyone holding a security clearance who mishandled classified information in the manner that Director Comey affirmed that Secretary Clinton mishandled it would likely have that clearance revoked for the very same reason.
So now the decision is up to each one of us. When we walk into that voting booth in November, each one of us will be faced with the onerous task of deciding whether Secretary Clinton should be entrusted with the authority to classify and declassify documents, and to be privy to the most sensitive of all national secrets. To help inform that decision, here’s a simple axiom that helped guide us in our critical assessments to determine who is worthy of our trust: “The single most reliable indicator of future behavior is past behavior.”