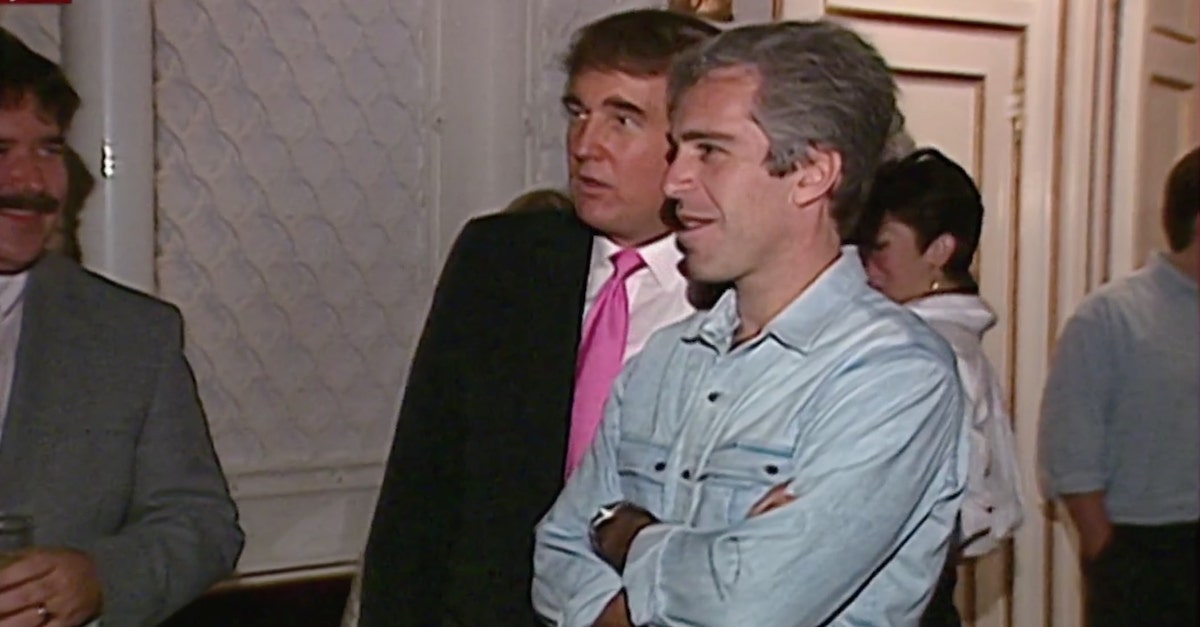 NBC News released a video early Wednesday showing President Donald Trump and Jeffrey Epstein having a fun time together at Mar-a-Lago in 1992. An NBC crew was filming a party thrown by Donald Trump in an attempt to capture his “bachelor lifestyle” and shows him dancing with several NFL cheerleaders.

Wow. Trump can be seen getting handsy with women in this footage of him partying with Epstein at Mar-a-Lago. pic.twitter.com/xhRaaDKLL3

The video then cuts to Trump welcoming Epstein and two other guests into his home before quick-cutting back to the party. Following this, the video shows Trump off to the side, taking a break from dancing and chatting with Epstein and an unknown man. Trump appeared to be bragging to both men about how attractive the women on the dance floor are. He then whispered something in Epstein’s ear and managed to get a laugh. Epstein even doubled over in laughter.

Morning Joe dug up footage of Trump partying with Jeffrey Epstein at Mar-a-Lago in 1992 pic.twitter.com/3T4l2enrqc

In the background appears to be Epstein’s friend, former partner, and alleged madam — the British socialite, Ghislaine Maxwell.

The president distanced himself from Epstein last week, saying that the two had a falling out and haven’t spoken for 15 years.

“I’ve known Jeff for 15 years. Terrific guy. He’s a lot of fun to be with,” Trump said of Epstein in a 2002 interview. “It is even said that he likes beautiful women as much as I do, and many of them are on the younger side. No doubt about it – Jeffrey enjoys his social life.”