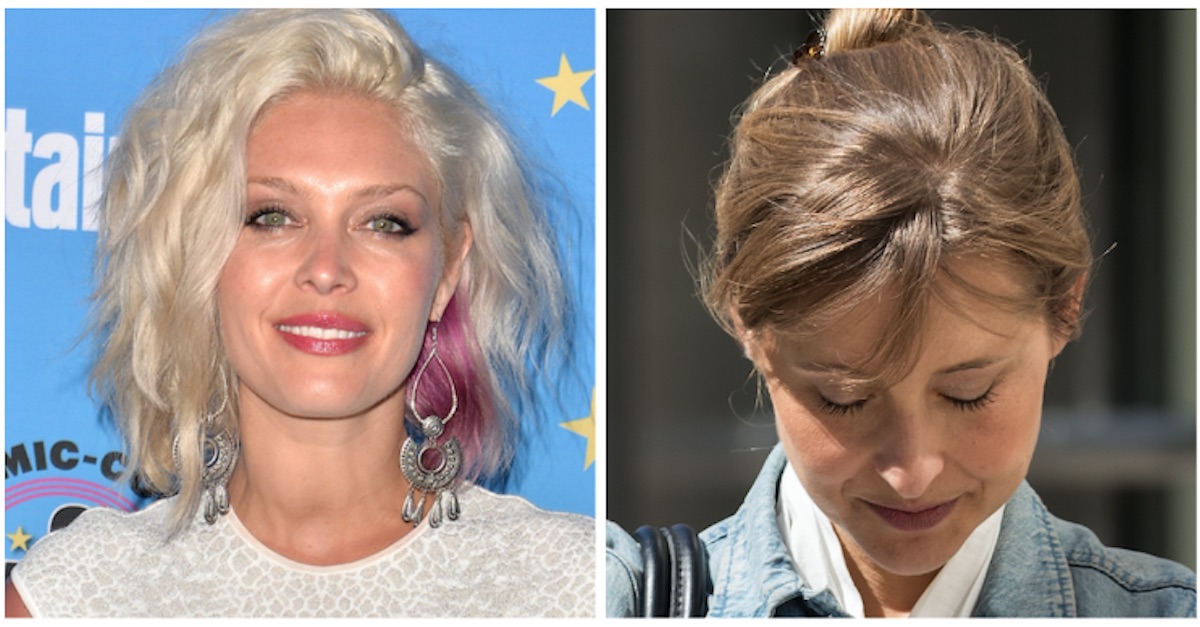 It must have been the meteor rocks.

A former Smallville actress revealed on Wednesday that Smallville star and admitted NXIVM (nex-ee-um) co-conspirator Allison Mack, 38, tried on several occasions to get her involved in Keith Raniere’s sex cult.

Alaina Huffman told Page Six that Mack was a confident and independent woman starring on Smallville as Chloe Sullivan at the time Mack was roped into NXIVM, a purported self-help group founded by Raniere. According to Huffman, Mack was open about her deep involvement in the group and invited her to get involved in the organization multiple times.

“As a young woman, 27, 28, on ‘Smallville,’ Ally was a couple of years younger than me and here she was flourishing, very well put together, a really peppy and independent woman,” Huffman said. “She invited me a few times to some of these events and for whatever reason, I never made it, maybe because I was married and had kids and I might have had something else that grounded more than I needed that kind of grounding, but I can understand the appeal.”

Huffman appeared on the show from 2008-2011 (seasons 7-11) as Dinah Lance (a.k.a. Black Canary). It’s believed that Mack joined the group in 2010. She famously starred as Clark Kent‘s reporter friend Chloe on Smallville.

Mack, the last major domino that will fall in the high-profile prosecution, is still awaiting sentencing. She was a top Raniere lieutenant and recruiter in the pyramid.

Prosecutors said Raniere established a “secret society” called DOS, where women were leveraged in non-consensual “master-slave” relationships. Per the DOJ: “DOS operates as a pyramid with levels of ‘slaves’ headed by ‘masters.’ Slaves are expected to recruit slaves of their own (thus becoming masters themselves), who in tum owe service not only to their own masters but also to masters above them in the DOS pyramid.”

“Masters” allegedly targeted women experiencing personal difficulties, and convinced them to turn over “collateral.”  Mack was a DOS master. “Slaves” were branded, and didn’t know this mark included Raniere’s initials, according to The Department of Justice. Mack was initially indicted for sex trafficking.

According to court filings, Mack directly or implicitly required her slaves, including Jane Does 1 and 2, as identified in the Indictment, to engage in sexual activity with Raniere. In exchange for this, Mack received financial and other benefits from Raniere. Jane Doe 1 and Jane Doe 2 believed that if they did not participate in those activities with Raniere, their collateral would be released.

Several former members of NXIVM, including India Oxenberg (the daughter of Dynasty actress Catherine Oxenberg), came forward with stories of sexual initiation rituals and being forcibly branded in their pubic areas with both Raniere’s and Mack’s initials while part of the latter’s “slave pod.”

But Mack did not plead guilty to a sex crime. Mack, calling herself “misguided,” pleaded guilty in April 2019 to extortion, forced labor, racketeering conspiracy and racketeering. Mack cried and apologized when she pleaded guilty.

Law&Crime can confirm that no date for her sentencing has been set yet.