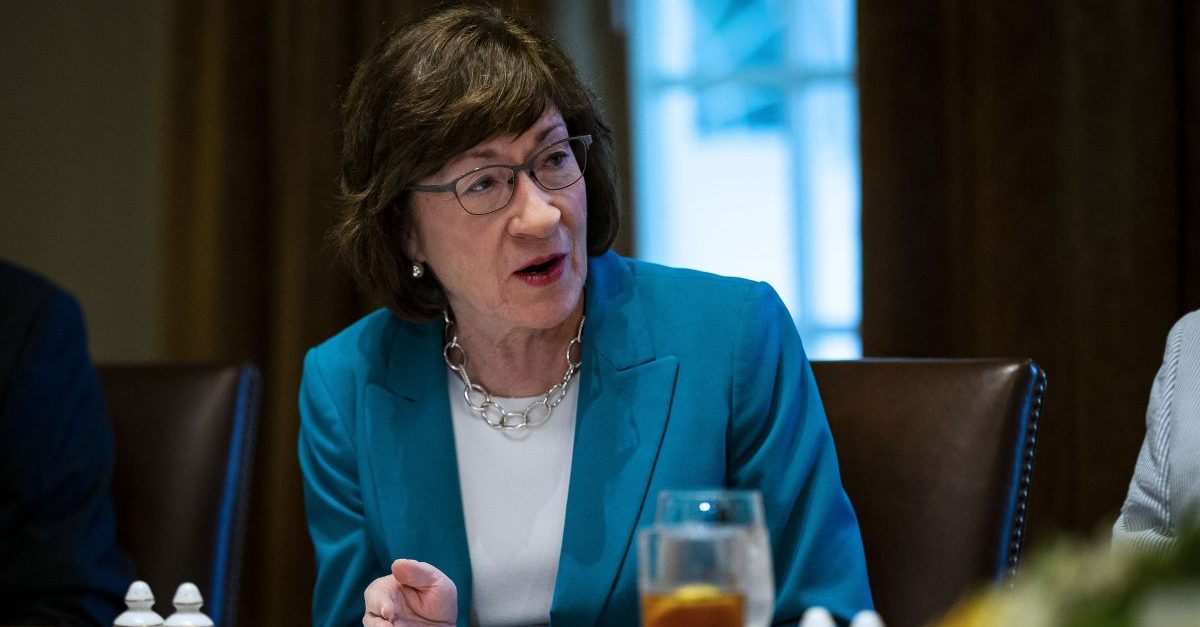 The day before lawmakers voted on President Donald Trump’s $1.5 trillion tax bill in 2017, Sen. Susan Collins (R) of Maine offered an amendment that would have closed the carried interest tax loophole favored by private equity firms and hedge funds to pay for a refundable credit for child care. The following day, however, Collins mysteriously dropped her support for the amendment and voted in favor of the bill. A Thursday report from ProPublica and Politico shed further light on Collins’ swift change of heart and how she’s currently the top recipient of donations from the private equity industry.

The carried interest loophole is a tax break most often used to compensate partners at private equity firms based on a share of the fund’s profits. Under current laws, such compensation is taxed at a capital gains rate, not the much higher income rate, which would cost the industry billions.

According to emails obtained by the news organizations, on the day the Senate was preparing to vote on the tax bill, Treasury Department Assistant Secretary for Legislative Affairs Drew Maloney sent an email to Sen. Rob Portman’s (R-Ohio) chief of staff Mark Isakowitz, inquiring about the carried interest amendment.

“Collins no longer offering her amendment,” Isakowitz replied, adding that she “[c]ame up with a different pay for to fund her medical expense deduction so she isn’t offering it any more.”

According to the report, Isakowitz’s was likely conflating Collins’ carried interest amendment with another she proposed that would lower the income threshold needed for a medical expense tax deduction.

While it remains unclear exactly what motivated Collins abandoned her own initiative to close the loophole, what is clear is that she’s reaped the benefits from the very industry that would have otherwise footed the bill for her amendment.

As she continues to fight in one of the nation’s most expensive re-election campaigns, Collins has been the recipient of more than half a million dollars in direct campaign contributions from private equity firms, more than any other U.S. senator, per the Center for Responsive Politics.

“What’s more, Steve Schwarzman, the billionaire chairman and chief executive of the private equity giant Blackstone, has given $2 million to a super PAC backing her. (Schwarzman, a major Republican donor, has also given $20 million to a super PAC supporting Collins and other Republican Senate candidates.),” the ProPublica report stated. “The failure of Collins’ amendment likely saved Schwarzman alone tens of millions of dollars in taxes, according to tax experts.”

Schwarzman, who previously compared the Obama administration’s attempt to raise the carried interest tax loophole to the Nazi invasion of Poland, is also the largest donor to the pro-Collins 1820 PAC which has spent heavily on advertisements to support the senator. The PAC’s second-largest donor is Ken Griffin, the manager of the Chicago-based hedge fund Citadel, who’s donated $1.5 million.

Collins’s campaign spokeswoman Annie Clark said the amendment lacked support and “would certainly have failed.” She denied that private equity interests had any influence on the senator’s decision.

“Any claim that Senator Collins didn’t pursue this amendment because of any lobbying effort is completely false,” she said in a statement to the publications. “Anyone who knows her knows that she always does what she thinks is right. Any insinuation to the contrary is false — and an insult to her integrity.”