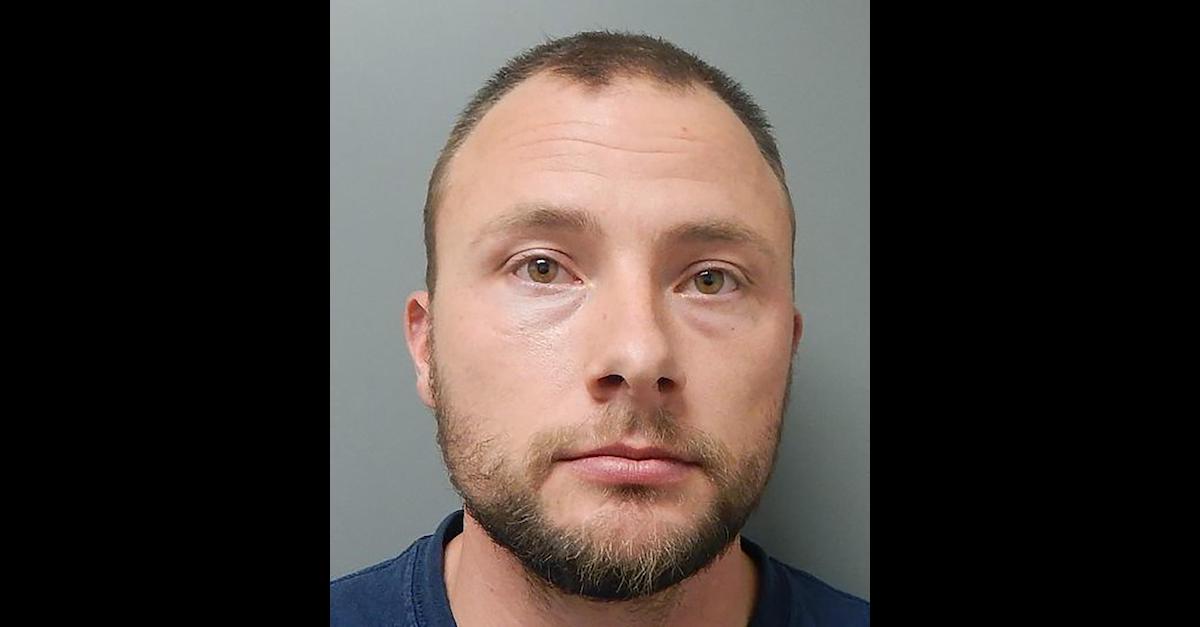 A federal grand jury on Thursday indicted a former Louisiana state police officer on one count of depravation of rights under color of law.

Jacob Brown, 31, was captured on body camera video striking a motorist eighteen times with a metal flashlight issued by the state police. The motorist, known only as A.B. in federal court documents, has long been identified as Aaron Bowman; Bowman has spoken publicly about the incident. 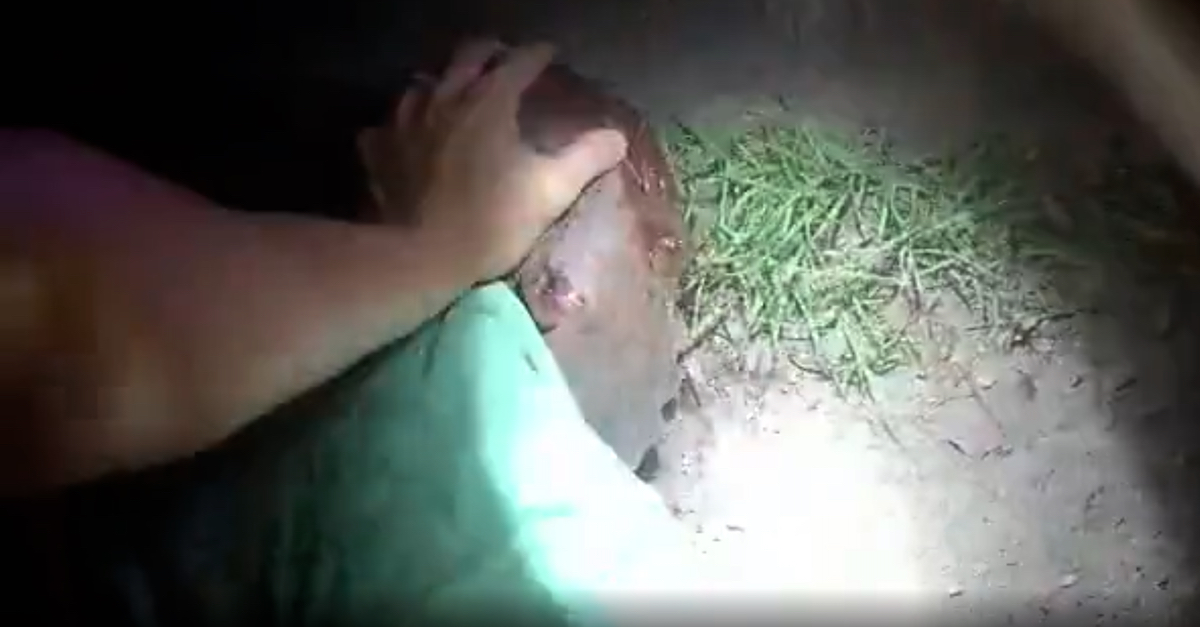 Body camera video shows Aaron Bowman bleeding from the head after he was struck by the officer wearing the camera.

“I’m not resisting!” Bowman could be heard yelling in the May 30, 2019 bodycam recording.

“Give me your fucking hands—I ain’t messing with you,” Brown said near the beginning of the encounter.

“I’m not fighting you, you’re fighting me,” Bowman said back at one point.

“Shut the fuck up,” Brown responded. “You ain’t listening.”

“I’m bleeding,” Bowman said as he was handcuffed. “They hit me in the head with a flashlight. I haven’t done nothing.”

Bowman also told the officers that he was a dialysis patient.

According to a civil lawsuit, the encounter left Bowman with a broken jaw, a broken wrist, three broken ribs, and a cut on his forehead which required six staples.

Federal prosecutors noted that the flashlight had been “modified with a metal tactical cap designed for breaking glass.”

Brown defended his actions as a form of “pain compliance,” the Associated Press reported in August.

Brown, if convicted, could spend as much as 10 years in prison and face a fine of up to a quarter million dollars.

“The department has previously acknowledged that it has open and ongoing criminal investigations into incidents involving the Louisiana State Police that resulted in death or bodily injury to arrestees,” the U.S. Department of Justice said of itself in a Thursday press release.  “Those investigations remain ongoing.”

The actual court docket in Brown’s case is not yet public in the Western District of Louisiana. As such, Law&Crime has been unable to read the actual indictment and any concomitant paperwork.

Brown already faces state charges of second-degree battery and malfeasance in connection with the incident involving Bowman; those charges date back to December 2020. State police records obtained by the AP indicate that Brown faces additional state charges in two other violent arrests involving Black motorists; he allegedly later bragged to other law enforcement officers that the victim was “gonna be sore” and that “it warms my heart knowing we could educate that young man.”

The body camera video of Bowman’s beating disappeared for two years because Brown allegedly mislabeled it as a “citizen encounter,” the AP said. Investigators called his move “an intentional attempt to hide the video from any administrative review.” 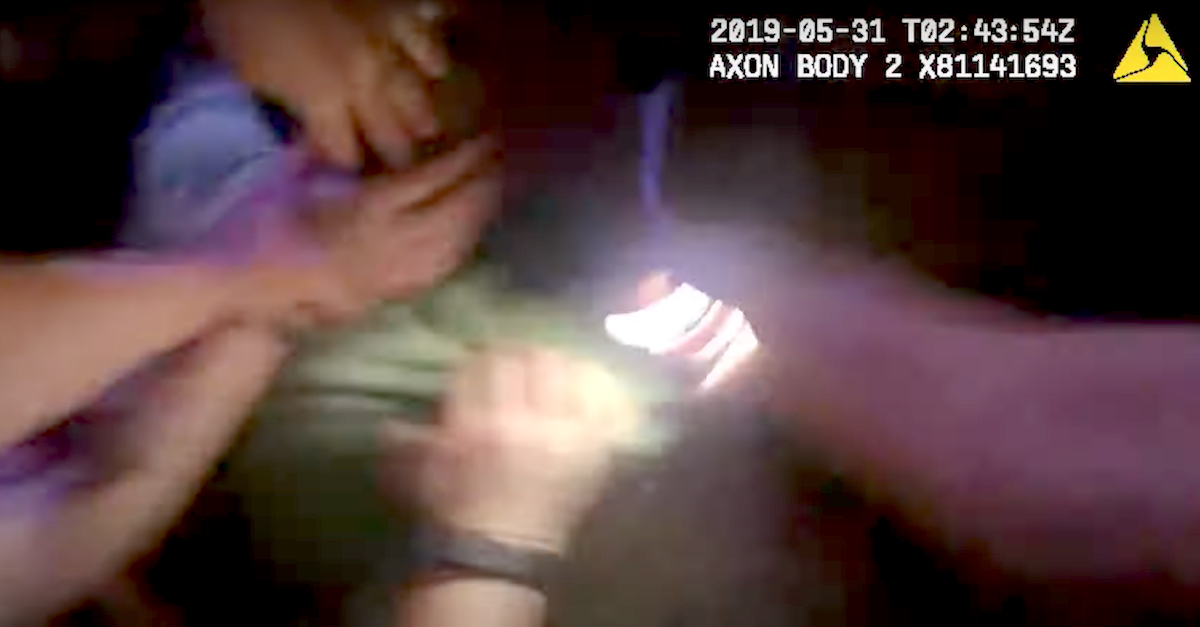 Body camera video shows Aaron Bowman being held by some law enforcement officers while being struck repeatedly by at least one other.

According to a review of state police news releases, Brown faces a litany of incidents and charges. A December 10, 2020 news release appears to reference the Bowman incident:

The investigation began in October of 2020 upon receiving a civil lawsuit alleging excessive force by an unnamed Trooper during an arrest on May 30, 2019. LSP Investigators began immediately working to identify the details of the incident and discovered Brown was involved as he assisted the Ouachita Parish Sheriff’s Office with the arrest of a suspect. Upon learning of Brown’s involvement, the department began an administrative investigation. During the course of the Internal Affairs inquiry, information developed that led to the suspension of the administrative investigation and the initiation of a criminal investigation. As the investigation continued, detectives learned that Brown engaged in excessive and unjustifiable actions during the incident and failed to report the use of force to his supervisors. LSP detectives obtained an arrest warrant for Brown and placed him into custody without incident this afternoon.