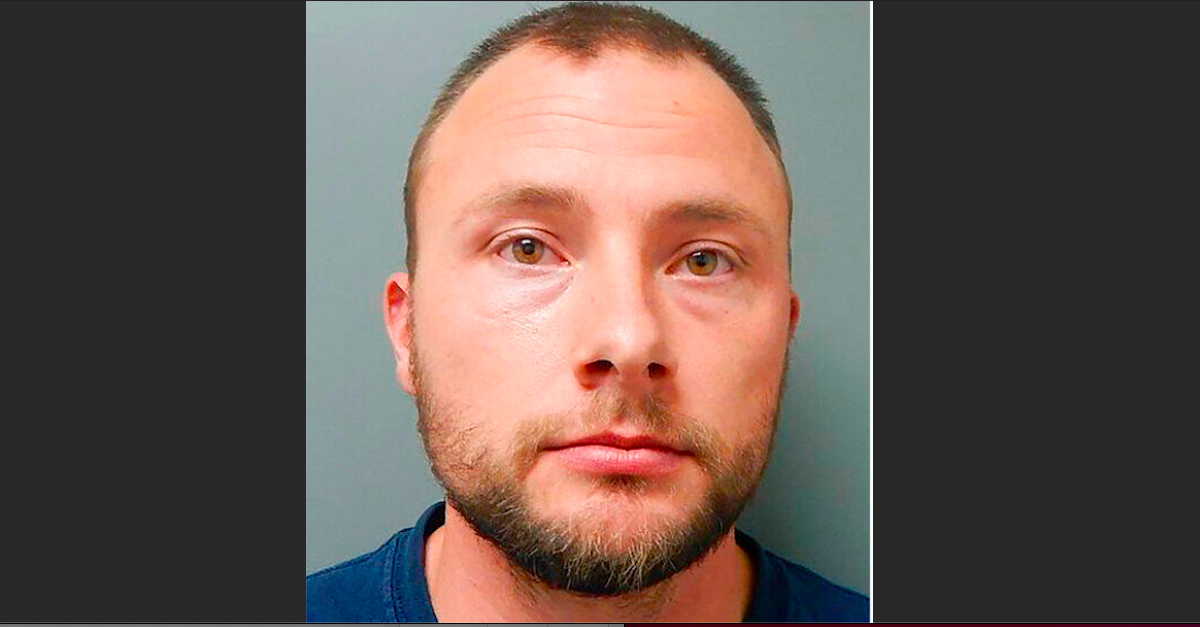 Newly released body camera footage shows a Louisiana State Police trooper brutally beating a Black motorist with his flashlight as the man was bleeding from a head wound and yelled, “I’m not resisting.”

The footage was obtained by The Associated Press and released Wednesday, more than two years after Trooper Jacob Robert Brown struck Aaron Larry Bowman 18 times during the 2019 arrest, leaving him with a broken jaw, broken wrist, three broken ribs, and a cut on his forehead that needed six staples to close, according to a lawsuit filed in December.

Following the incident, the 31-year-old Brown defended his actions, saying that Bowman had attacked one of the deputies on the scene and his use of force was “pain compliance” used in an effort to cuff Bowman, the AP reported. Bowman has steadfastly denied that he ever struck a law enforcement officer and the video does not show him being violent in any way.

Watch the body cam footage and part of Bowman’s interview below.

The video, which runs just over two minutes, shows Brown running over to where several other officers have Bowman on the ground and almost immediately start hitting him with an eight-inch aluminum flashlight while yelling, “Give me your fucking hands—I ain’t messing with you.”

The footage is grainy and shaky, but Bowman appears to be using his hands to shield his head and face from being hit.

“I’m not fighting you, you’re fighting me,” Bowman says.

“Shut the fuck up,” Brown responds, adding, “You ain’t listening.”

After he is cuffed, Bowman yells, “I’m bleeding. They hit me in the head with a flashlight,” followed by, “I haven’t done nothing,” before telling the officers that he is a dialysis patient.

The AP reported that despite being in possession of the body camera footage, the State Police did not open an investigation into Bowman’s arrest for 536 days. A spokesperson for the State Police on Wednesday told the AP that Brown not only “engaged in excessive and unjustifiable actions” during the arrest, he also did not report his use of force as required.

Additionally, the Police said Brown “intentionally mislabeled” his body camera footage as a “citizen encounter,” a move that investigators said was “an intentional attempt to hide the video from any administrative review.”

Brown resigned from the force in March. The AP reported that he left with a total of 23 reported use-of-force incidents from 2015 to 2021. Of those incidents, 18 involved Brown using force against a Black person.

Troopers with the State Police arrested Brown in December on charges of second-degree battery and malfeasance for his use of excessive force during Bowman’s arrest. A spokesperson said the agency began investigating the incident after Bowman filed a lawsuit against the State Police and other law enforcement agencies involved in the arrest.

Per the AP, Brown has also been charged by state prosecutors in in two other arrests involving violent arrests of Black motorists.

In one of those instances, Brown and several other officers allegedly used excessive force in arresting a suspect who had led them on a protracted car chase. Text messages obtained by local news outlet The Advocate allegedly showed the officers discussing the suspect’s demeanor following the arrest as he was being booked in jail.

“LOL he was still digesting that ass whoopin,” one officer wrote.

“He gonna be sore tomorrow for sure,” Brown responded. “LMAO … warms my heart knowing we could educate that young man.”

Federal officials also confirmed that they are investigating Brown.

Alanah Odoms, the executive director of the American Civil Liberties Union (ACLU) of Louisiana said the State Police should be independently investigated.

“In the absence of federal oversight, LSP will continue to put Louisianans at risk of constitutional rights violations,” she said in a statement. “Only an independent, top-to-bottom investigation can ferret out the root cause of LSP’s wrongdoing and develop accountability mechanisms that can ensure these officers no longer engage in discriminatory and unconstitutional policing practices.”

Bowman also spoke with the AP about his arrest in an emotional interview.

“I kept thinking I was going to die that night,” a teary-eyed Bowman told the AP in his first interview since watching the footage of his arrest. “It was like reliving it all over again. By watching it, I broke down all over again.”

He added, “I don’t want nobody to go through that.”