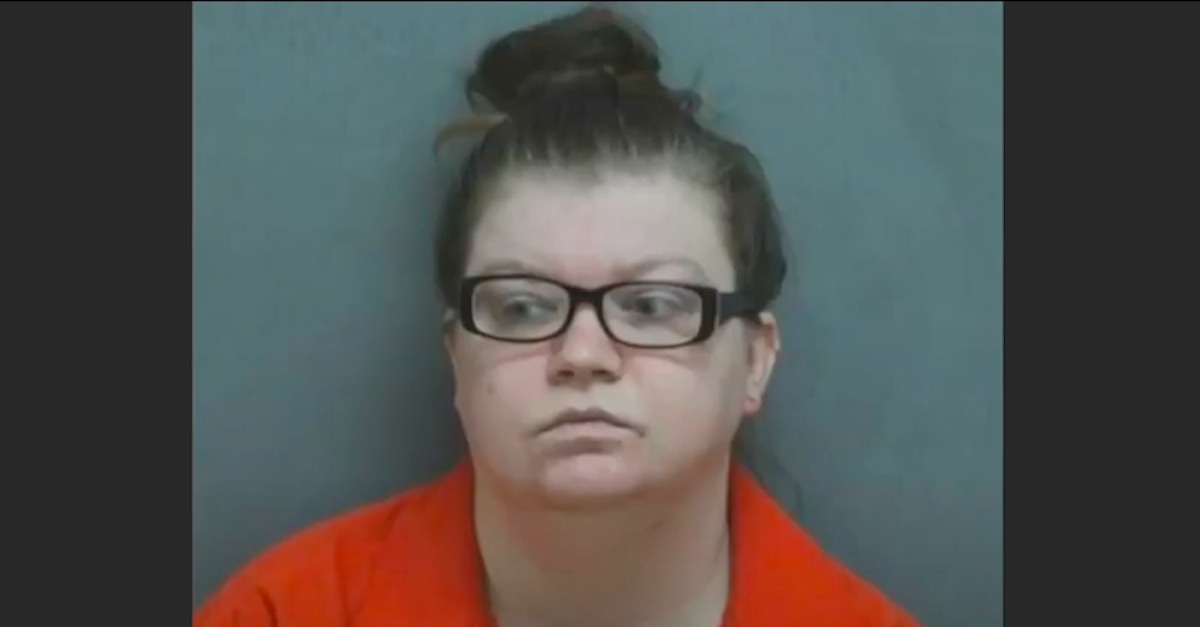 A state judge in Virginia on Thursday ordered the mother of a murdered infant to serve two life sentences for repeatedly committing atrocious acts of sexual abuse against her son—and taping it—at the behest of her boyfriend, who later killed the child.

Thomas was convicted of the sexual abuse charges in June by a Christiansburg jury that took just an hour to return a guilty verdict following her criminal trial. The jury recommended that Thomas be sentenced to two life sentences plus ten years, just as Judge Mike Fleenor did Thursday.

“They are the conscience of this community,” Fleenor said of the jury’s sentencing recommendation, The Roanoke Times reported.

“This has been a very disturbing, unsettling and just awful case for everyone involved to say the least,” the judge reportedly added.

Fleenor also reportedly emphasized that the evidence against Thomas had been overwhelming and clearly established that she committed horrific crimes against her son that the judge described as “depraved” and “unfathomable.”

Given a chance to address the court, a reportedly crying Thomas apologized for her conduct.

“I am deeply, deeply remorseful for what happened,” she said. “I’d give anything to have my baby boy back. I’d do anything to get a second chance, and to do right by my son like I should have done in the first place.”

Per the Roanoke Times, during her trial, Thomas argued that she was forced to commit the acts of sexual abuse against her son by her boyfriend, 27-year-old McKenzie Kyle Hellman, saying that she feared for her life if she disobeyed him.

Hellman already had been found guilty on similar charges of abuse against the infant boy when he pleaded guilty in July to second-degree murder and child abuse and neglect for killing Meek in January 2019.

Thomas in 2019 admitted to investigators that she not only performed the acts of sexual abuse on her son, but recorded the acts to show Hellman. Despite claiming to be fearful of him, prosecutors at trial emphasized that Thomas continued to stay in contact with Hellman—even writing him love letters—just weeks before her trial commenced.

As previously reported by Law&Crime, after Meek sustained the fatal injuries on Jan. 8, 2019, Hellman called 911. Emergency responders reported seeing that Meek “had noticeable bruising to both eyelids and an abrasion to his forehead, was not breathing, and had no detectable heartbeat,” according a statement from the office of Mary Pettitt, the Montgomery County Commonwealth’s Attorney.

Hellman initially denied having any involvement in Meek’s death, telling police that his own 2-year-old son and Meek were horsing around and jumping on the bed when Meek fell and hit his head. Hellman later changed his story and told investigators that he couldn’t remember what happened to the boy. He then backtracked a second time, and said that he was breaking up a fight between the boys and may have accidentally pushed Meek into a dresser.

However, Hellman’s son later told his mother that Hellman had “hit and kicked” Meek.

A disturbing autopsy report determined that Meek had 22 separate blunt injuries, bruises, and scrapes on his head as well as an additional 13 injuries on the underside of his scalp and 10 injuries to his torso.

Montgomery County Commonwealth’s Attorney Mary Pettitt said Thomas’s sentence was “reasonable and just” in light of what she did.