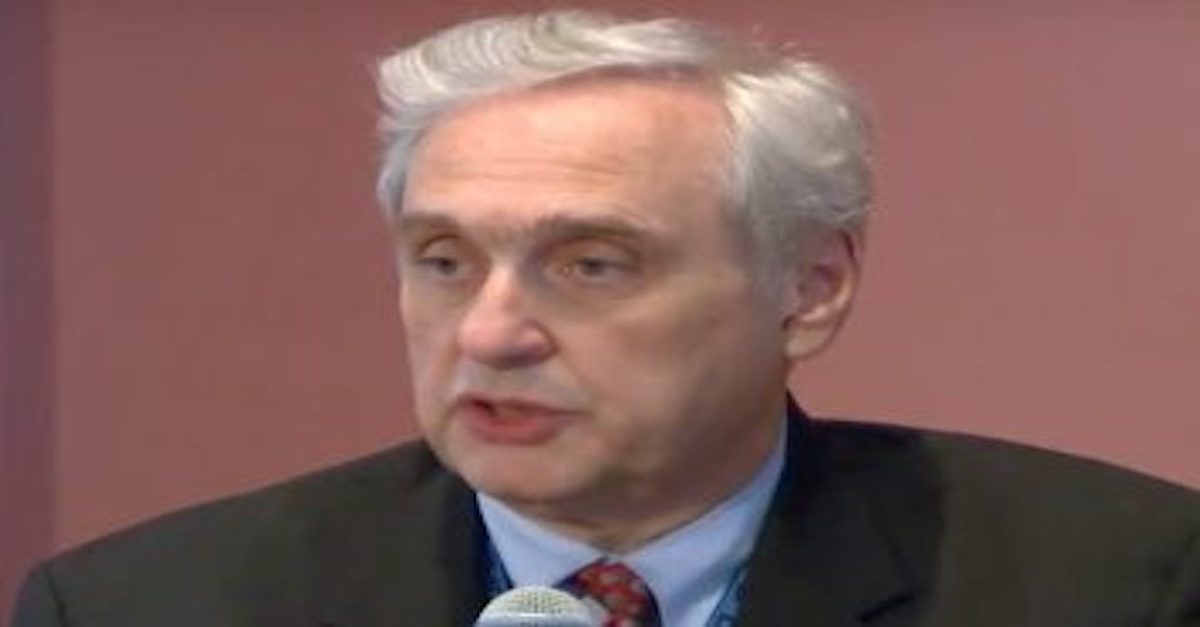 Some two years ago, a California lawyer spun a tale of judicial intrigue in a lawsuit claiming that a cabal of federal and state court judges tried to cover up a prominent judicial scandal. The lawyer further claimed that a district court judge who dismissed his lawsuit did so in the hopes of securing a circuit court judicial nomination. Castigating that attorney on Monday, a judge rejected the motion to recuse the jurist, finding the theory of judicial bias “inherently unreasonable and untethered to any evidence that might make them even colorable.”

In 2019, attorney Cyrus Sanai represented himself in a lawsuit against former Chief Judge of the Ninth Court of Appeals Alex Kozinski and several other judges, alleging they helped cover up Kozinski’s pornography viewing and retaliated against people who complained about it, including Sanai. Kozinski resigned some four years ago amid dozens of sexual harassment allegations and abusive conduct.

After filing a misconduct complaint against Kozinski in 2005, the Judicial Council of the Ninth Circuit “issued a published censure of Sanai as retaliation” and “used the full power and force of the prestige of their position to disbar Sanai,” according to the lawsuit.

In April, U.S. District Judge Yvonne Gonzalez Rogers of the Northern District of California dismissed Sanai’s complaint, finding that the claims lacked merit and were barred by sovereign immunity, lack of jurisdiction, and judicial immunity.

Instead of appealing the decision for review, Sanai filed a motion seeking to have Judge Gonzalez Rogers recuse herself from the case for lack of impartiality. While Gonzalez Rogers could have ruled on the motion herself, she instead referred the motion for random reassignment to another judge.

U.S. District Judge James Donato, the newly reassigned judge, wrote that Sanai’s claims of judicial bias did not stop there.

“As an initial matter, Sanai hints, without clearly stating, that I should recuse myself under 28 U.S.C. §455 from deciding the motion against Judge Gonzalez Rogers,” Donato wrote, denying that motion under the assumption that the lawyer made it.

The basis of Sanai’s recusal request for Donato stemmed from his one year of service as a law clerk in 1988 to now-deceased U.S. Circuit Judge Procter R. Hug, Jr., who Sanai named as a defendant in his lawsuit. Sanai suggested that Donato could not be objective because he had an interest in protecting Judge Hug’s “posthumous reputation” and demanded multiple disclosures from Donato.

“None of this makes any reasonable sense,” Donato wrote in a 7-page order. “To start, Judge Hug is deceased, and so, as a matter of law, he cannot be a defendant in this litigation. There is nothing for me to protect because Sanai’s lawsuit cannot result in a judgment against Judge Hug. In addition, nothing in this order could possibly affect Judge Hug’s reputation in any way. Consequently, the fact that Judge Hug’s name appears in the complaint is a nullity for present purposes.”

Calling the theory for his own recusal “untenable,” Donato rejected the request and moved on to the allegations against Gonzalez Rogers, which he referred to as “entirely without foundation.”

Sanai alleged that the “strongest” reason for Gonzalez Rogers’ recusal was her “financial interest” in moving from the district court to the circuit court, which he said paid approximately $30,000 more per year, though the actual difference “is a modest $13,200,” according to the ruling.

“Sanai surmises, based entirely on newspaper reports and other public sources, that Judge Gonzalez Rogers has an inside track for a nomination because she is of Hispanic descent and ‘pressure groups’ are demanding that the White House select Hispanic judges,” Donato wrote. “In Sanai’s view, Judge Gonzalez Rogers dismissed the case against Kozinski and his colleagues to curry favor with the current circuit judges and win their support for a nomination.”

But Sanai failed to provide any evidence to support such allegations, and it would not matter anyway due to how circuit court judges are appointed, according to Donato.

“The point is not well taken. Sanai’s allegations are unreasonable on their face, and he has not presented any evidence that even remotely supports them. He merely parrots the speculation of press commentators about potential nominees,” Donato wrote. “Even if Sanai had presented some evidence, which he has not done, it would not matter for recusal. That is because sitting judges play no role in the constitutional procedures that govern judicial nominations. Article III judges are nominated by the President and confirmed by the United States Senate.”

Donato saved his harshest critiques of Sanai for the order’s closing paragraphs reiterating denials to all of the attorney’s requests.

“Overall, Sanai’s recusal theories are inherently unreasonable and untethered to any evidence that might make them even colorable,” he wrote. “A good argument can be made that they are frivolous, especially in light of the fact that Sanai is a practicing lawyer who can reasonably be expected to have a sharper understanding of the governing standards for recusal than a non-lawyer pro se party.”

Sanai did not immediately respond to an email requesting comment.