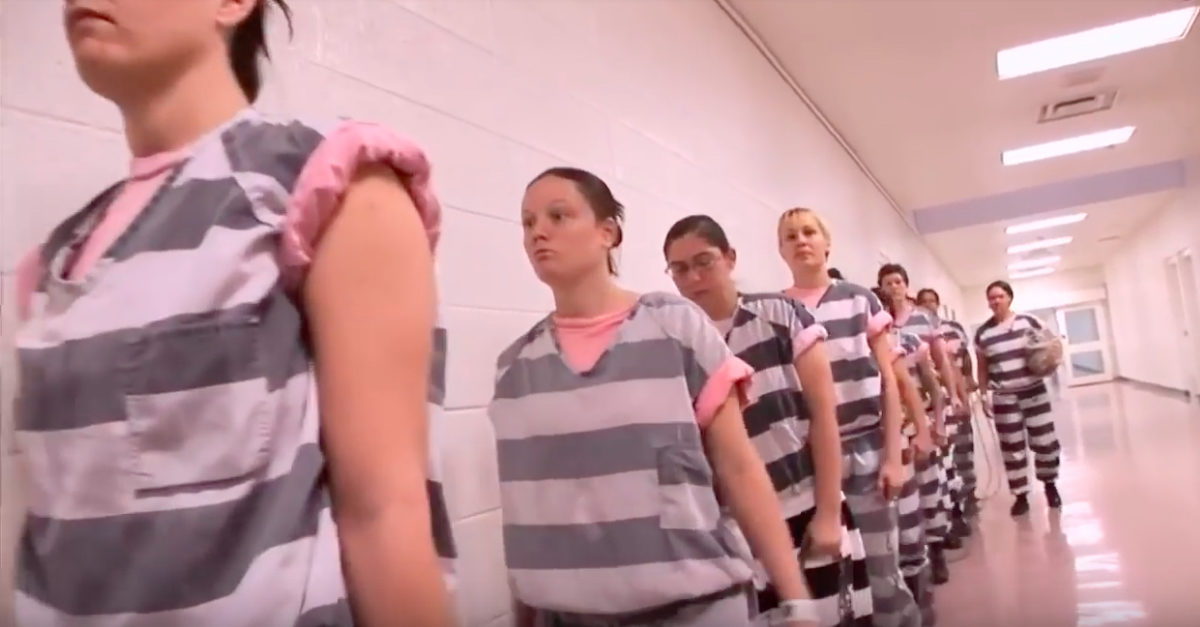 A federal appeals court on Tuesday ruled it was legal for guards at an Illinois prison to compel female prisoners to submit to strip searches–which included the women being forced to remove their tampons and expose their genitals–as part of a training exercise.

In a 2-1 decision, the U.S. Court of Appeals for the Seventh Circuit ruled that the female prisoners were not permitted to sue for a violation of their Fourth Amendment right to privacy because of precedential rulings which have held that prisoners have no legitimate expectation of visual privacy.

“The female correctional officers and cadets conducting the searches made derogatory comments and gestures about the women’s bodies and odors, telling the women that they were ‘dirty bitches,’ ‘f—ing disgusting,’ ‘deserve to be in here,’ and ‘smell like death,” while “male correctional officers watched the women from the gym.” The female inmates filed a lawsuit claiming the search was unreasonable under the Fourth Amendment and cruel and unusual under the Eighth Amendment. A lower court dismissed the Fourth Amendment claim while the inmates lost at trial on the Eighth Amendment claim which they appealed to the Seventh Circuit.

But writing for the majority, Ronald Reagan appointee Judge Frank Easterbrook reasoned that the inmates Fourth Amendment right to privacy was not violated because the search was visual rather than physical. According to the ABA Journal, the majority’s reasoning relied on a 1984 Supreme Court case, Hudson v. Palmer, which held prisoners lack privacy interests in their cells, although the justices in Hudson did not consider whether prisoners have a residual privacy interest in their persons, as opposed to their possessions and surroundings.

“It has been 35 years since the justices last considered the extent to which convicted prisoners have rights under the Fourth Amendment while still inside prison walls,” wrote Easterbrook. “For more than 20 years it has been established in this circuit that the Fourth Amendment does not apply to visual inspections of prisoners. It is best to leave the law of the circuit alone, unless and until the justices suggest that it needs change.”

In dissent, Barack Obama appointed Judge John Lee pointed out that the facts presented by the inmates were particularly egregious.

“Construing the record in Appellants’ favor, as we must on summary judgment, approximately 200 female inmates were rounded up early one morning by a tactical team in riot gear,” Lee wrote. “Tightly handcuffed by guards who screamed obscenities at them, the women were taken to the gym, where they remained, handcuffed and standing, until the guards searched them. The women were not told what was happening or why. This mass strip search of female inmates was conducted solely for training purposes, but the training was not strictly necessary, as most cadets graduated without it.”

“It is rationales like this — that fall somewhere between legitimate security concerns and unjustified harassment — that suggest the continuing need for the Fourth Amendment even in prisons,” he added.