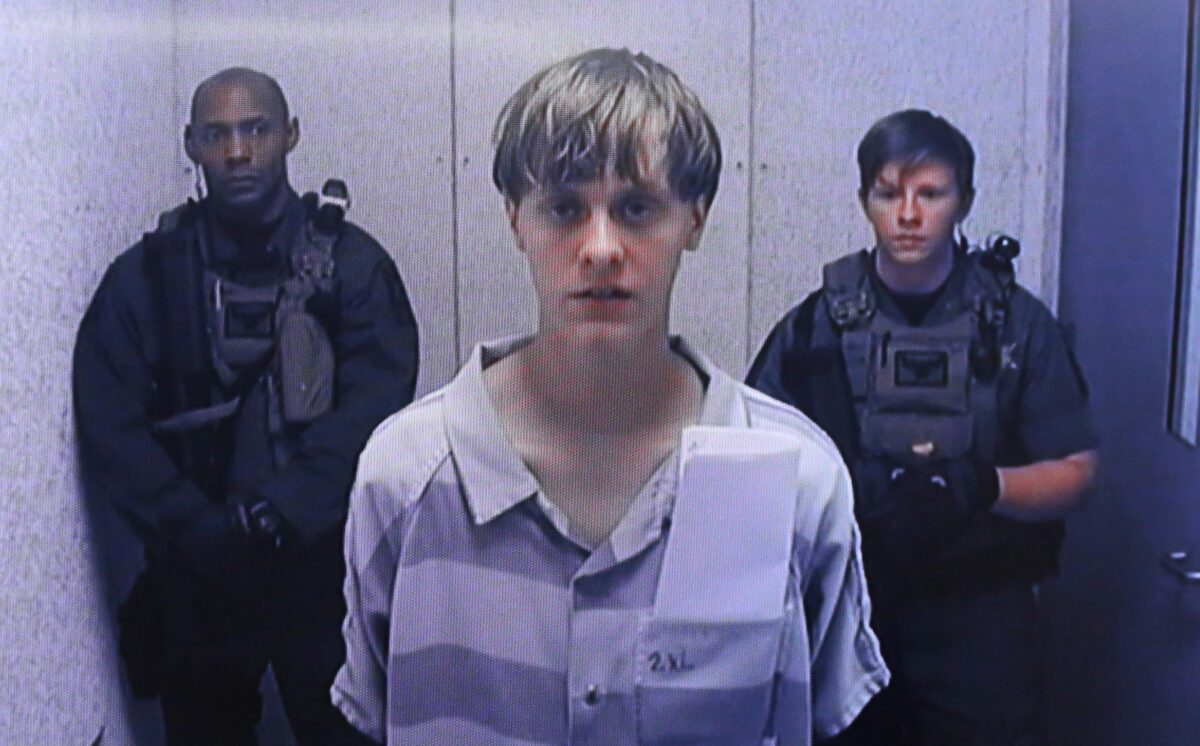 A federal appeals court in Virginia on Wednesday upheld the conviction and sentence of Charleston church shooter and neo-Nazi Dylann Roof. Roof was sentenced to death for the June 2015 racist mass shooting at Emanuel AME, the historic Black church where he killed nine churchgoers taking part in a Bible study.

A South Carolina jury in 2017 found Roof guilty of all 33 criminal counts including nine counts of murder and 12 federal hate crimes.

“I have the right to ask you to give me a life sentence, but I’m not sure what good it would do anyway,” Roof told jurors at the time. “I still feel like I had to do it.”

Roof later appealed that sentence, claiming that the federal district court erred in finding him competent to stand trial, that he should not have been permitted to represent himself, and that the court allowed “improper evidence and argument on the victims’ worthiness” while precluding mitigating evidence during the penalty phase of the trial. The avowed white supremacist also made a slew of obscure constitutional and procedural claims, including claiming that the federal Hate Crimes Prevention Act was an unconstitutional of Congress’s authority under the Thirteenth Amendment.

A three-judge panel on the U.S. Court of Appeals for the Fourth Circuit outright rejected all of Roof’s arguments in a 149-page per curiam ruling that did not mince words in discussing Roof’s heinously racist crimes.

“Dylann Roof murdered African Americans at their church, during their Bible-study and worship. They had welcomed him. He slaughtered them,” the ruling stated. “He did so with the express intent of terrorizing not just his immediate victims at the historically important Mother Emanuel Church, but as many similar people as would hear of the mass murder. He used the internet to plan his attack and, using his crimes as a catalyst, intended to foment racial division and strife across America. He wanted the widest possible publicity for his atrocities, and, to that end, he purposefully left one person alive in the church ‘to tell the story.’”

Though the ruling was handed down by the Fourth Circuit, the panel included Judge Duane Benton of the Eighth Circuit, Judge Kent. A. Jordan of the Third Circuit, and Senior Judge Ronald Lee Gilman of the Sixth Circuit. All of the regular members of the Fourth Circuit had recused themselves from the case, possibly because a new judge on the Fourth Circuit bench was a prosecutor in Roof’s case. The recusal staved off the possibility of Roof making a future argument that any member of the appellate court tainted the case. It is not uncommon for legal conflicts of interest to be imputed to all members of an organization — not just to a single member thereof.

The panel that did hear the case said that the district court judge charged with overseeing Roof’s criminal trial did so with “skill and compassion” despite the defendant’s atrocious conduct.

“No cold record or careful parsing of statutes and precedents can capture the full horror of what Roof did. His crimes qualify him for the harshest penalty that a just society can impose,” the panel wrote. “We have reached that conclusion not as a product of emotion but through a thorough analytical process, which we have endeavored to detail here. In this, we have followed the example of the trial judge, who managed this difficult case with skill and compassion for all concerned, including Roof himself. For the reasons given, we will affirm”