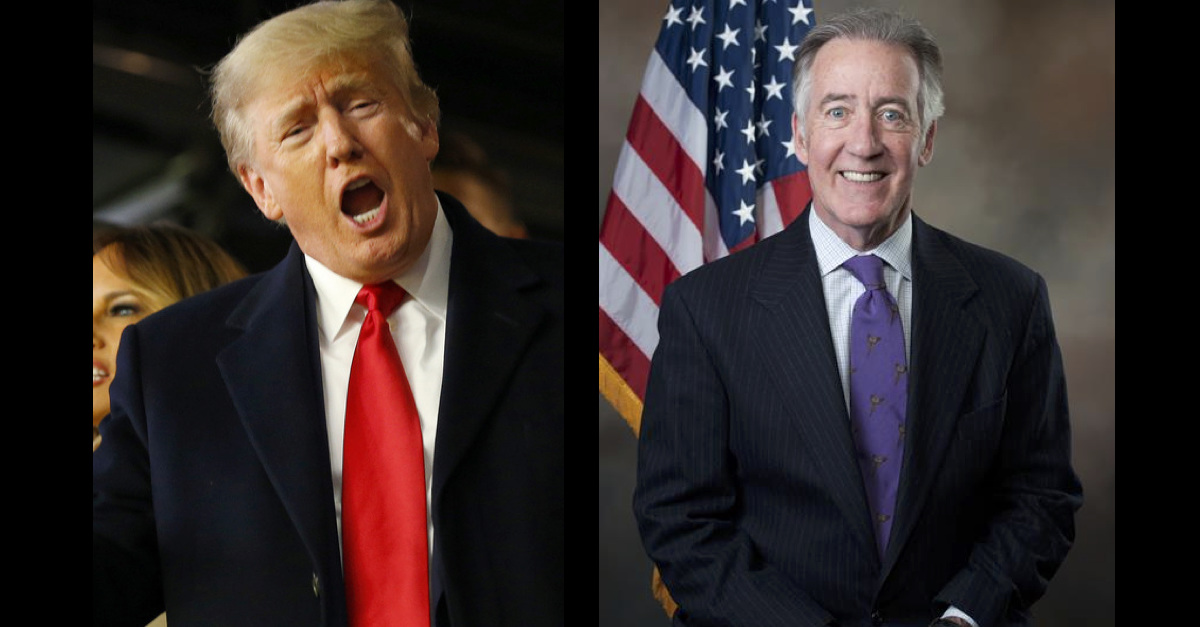 A federal appeals court has set the briefing schedule for Donald Trump’s ongoing efforts to block a House committee from seeing his tax returns, and it looks like arguments won’t be heard before February.

The U.S. Court of Appeals for the District of Columbia posted the briefing schedule Monday, which comes after a joint motion to expedite the case filed Thursday.

An oral argument date was not set, but the order instructed the clerk to calendar the case for oral argument “on the first appropriate date following the completion of briefing.”

The briefing schedule comes after Trump appealed the Dec. 14 decision from U.S. District Judge Trevor McFadden to dismiss the case.

In that ruling, McFadden, a Trump appointee who donated to his 2016 presidential campaign, seemed to suggest he agreed, at least in principle, with the former president’s claims that the House committee’s requests are politically motivated, but that current law left him no choice but to dismiss the case.

“[Trump] marshals an array of evidence suggesting the Committee’s purported interest in the Presidential Audit Program, an IRS policy that requires audits of the sitting President, is a subterfuge for improper motives—like exposing his returns. He also raises legal arguments against the statute on which the Committee relies,” McFadden wrote in the ruling. “But even if the former President is right on the facts, he is wrong on the law. A long line of Supreme Court cases requires great deference to facially valid congressional inquiries. Even the special solicitude accorded former Presidents does not alter the outcome. The Court will therefore dismiss this case.”

McFadden said that Trump’s lower court briefs, which included statements from members of the House Ways and Means Committee and other Democrats, “show a years-long obsession of congressional Democrats to expose President Trump” that raises “questions about the 2021 Request’s [for tax returns] purported object.”

“If Chairman [Richard] Neal’s true interest in the former President’s tax returns is indeed to better understand the Presidential Audit Program, he will doubtless be able to accomplish this objective without publishing the returns,” McFadden wrote. “Public disclosure of another’s tax returns is a grave offense, and prior committee chairmen have wisely resisted using § 6103(f) to publicize individuals’ returns.”

McFadden implied that Neal is a “political rival” of Trump and warned that publishing his tax returns could come back to haunt Democrats in the future.

“Anyone can see that publishing confidential tax information of a political rival is the type of move that will return to plague the inventor,” McFadden wrote at the end of the opinion. “It might not be right or wise to publish the returns, but it is the Chairman’s right to do so. Congress has granted him this extraordinary power, and courts are loath to second guess congressional motives or duly enacted statutes. The Court will not do so here and thus must dismiss this case.”

McFadden issued a stay of the judgment pending appeal along with his ruling on Dec. 14. Trump filed a notice of appeal that same day.

Monday’s briefing schedule order said that the court will not consider arguments raised for the first time in a reply brief, and encouraged both parties to “enhance the clarity of their briefs” by limiting the use of abbreviations, including acronyms.

You can read the expedited briefing order, below.