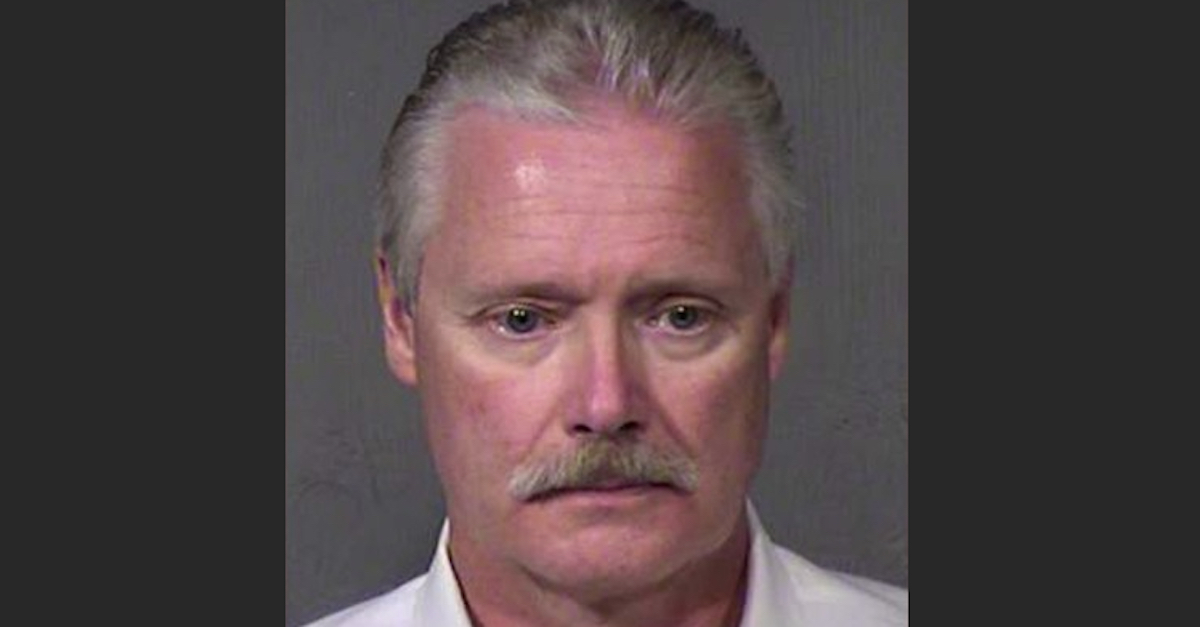 A California divorce lawyer who more than a decade ago was convicted of murdering his stepdaughter’s husband has been freed from further prosecution after the charges against him were dismissed. Prosecutors in Arizona said it was “in the interest of justice” to drop the charge against Robert Fischer, 63, for the 2010 murder 49-year-old Norman “Lee” Radder, who was shot to death in a Phoenix suburb, The Associated Press reported.

A Maricopa County jury in 2014 convicted Fischer of second-degree murder for fatally shooting Radder at his family’s home in Queen Creek. Radder was reportedly shot once in the head with a bullet fired from a handgun registered to Fischer, the AP previously reported. Fischer was visiting Radder and the family when the fatal shooting took place and both men had reportedly been drinking heavily that evening.

Fischer had reportedly maintained that after a night of drinking, he went to sleep in another bedroom and was woken up by the sound of gunfire. He said he then discovered Lee’s body when he went to investigate and immediately called 911.

But Maricopa County Superior Court Judge Karen Mullins in February 2014 overturned the jury’s guilty verdict and granted Fischer a new trial. Mullins said that the jury’s decision was “contrary to the weight of the evidence” prosecutors presented at trial. Mullins specifically cited that the State lacked fingerprint or DNA evidence that showed Fischer fired the gun and the reliance on the theory of one detective who claimed that Fischer shot Lee then staged the scene to look like a suicide, which Mullins said was not credible.

“Any (legal) system is probably flawed to some degree,” Fischer said following the ruling. “Fortunately, there are checks and balances. In my case, there was a courageous judge who understood the jury got it wrong.”

Prosecutors appealed Mullins’ decision—noting that experts agreed the blood spatter on his pajamas meant he was likely in the room at the time Lee was shot—and the Arizona Court of Appeals found that Mullins abused her discretion in throwing out the jury verdict and reinstated Fischer’s conviction. However, the Arizona Supreme Court then overturned the appellate court’s decision, restoring Mullins’ ruling and once again granting Fischer a new trial.

Prosecutors in 2018 again indicted Fischer for killing Lee, setting the stage for the State’s recent dismissal of the murder charge. Fischer last month attempted to get the charge thrown out as a violation of civil rights protections against double jeopardy, but a state judge sided with prosecutors in rejecting his argument.

According to the report, prosecutors in the latest filing did not provide details as to why they are now seeking a surprising dismissal of the case against Fischer nor did they indicate whether the district attorney’s office planned to file new charges against him in the future.

The Maricopa County Attorney’s Office did not immediately respond to a request from Law&Crime for additional details on the case and the decision to seek a dismissal of the charges against Fischer.