Officer Gets Qualified Immunity in Case of Aleah Jenkins's Death 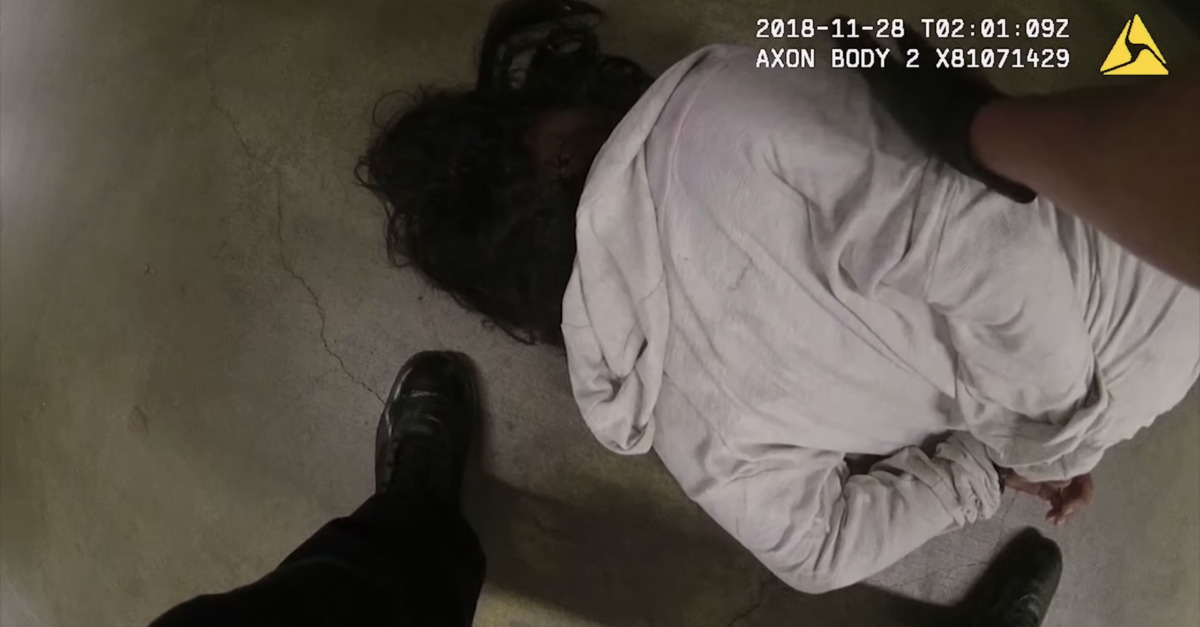 A young Black woman suffered a fatal overdose while in police custody as the officer transporting her to headquarters allegedly took no action as she repeatedly cried out out in pain. Aleah Jenkins‘ medical emergency quickly led to a coma, and then to her death nine days later.

A federal court of appeals granted the police officer qualified immunity on Monday.

The circumstances of the incidents that preceded the death of the 24-year-old woman are described in competing terms by the majority and a pointed dissent in a 48-page ruling issued by the U.S. Court of Appeals for the Ninth Circuit.

The three-judge panel split 2-1 in favor of the police officers involved. Circuit Judges D. Michael Fisher and Patrick J. Bumatay, who were appointed by George W. Bush and Donald Trump, respectively, ruled fully in favor of law enforcement. In limited dissent was Barack Obama-appointed Judge Paul J. Watford who, in no uncertain terms, sharply took issue with the majority’s handling of the facts–while still ruling in favor of one of the officers as well as the City of San Diego.

Undisputed is that Jenkins was arrested after she was determined to be wanted in connection with a methamphetamine-based warrant during a traffic stop while she was a backseat passenger in a car pulled over for an expired registration. Also undisputed is that she eventually began to vomit while handcuffed in the backseat of San Diego Police Officer Lawrence Durbin’s patrol car and that when questioned as to whether she was “withdrawing” or “detoxing,” the deceased woman replied in the negative, eventually also shaking her head to mean “no” when asked if she ingested something.

“I agree with my colleagues that, to this point, nothing had transpired to suggest that Ms. Jenkins was in medical distress or that she needed immediate medical attention,” Watford writes, explaining the reason for dismissing the constitutional claims made against SDPD Officer Jason Taub. But that was the end of the collegiality in the dissent.

“The majority opinion offers a truncated and highly sanitized account of the events giving rise to this lawsuit, at least as alleged by the plaintiff,” Watford continues. “Although at this stage of the case we are required to accept the plaintiff’s factual allegations as true, the majority opinion ignores most of the facts alleged in the complaint. The complaint also expressly incorporates by reference the contents of a publicly available body camera video that captures many of the relevant events, yet the majority opinion turns a blind eye to most of what that video depicts as well.”

According to the majority, the body camera footage is a point of procedural discussion and little more. Circuit Judge Fisher’s ruling references the undisputed portion where Jenkins shakes her head to indicate “no” noted above and one other instance where she asks for a napkin after vomiting. Most of the majority’s discussion, however, upbraids the victim’s son, who sued on his and his mother’s behalf, for the legal analysis in his appeal of the district court. In that appeal, Jenkins’ son said the trial court paid too much attention to the body camera footage and not enough attention to the facts as pleaded in his original lawsuit.

The dissent, on the other hand, says the majority’s procedural focus is something of a red herring because the video itself actually lends credence to the legal claims made by the plaintiff.

From Watford’s analysis, at length:

I include a link to the video here, albeit with some misgivings. The video depicts Ms. Jenkins’s agonizing final hours of life. Out of respect for her family, I would not have drawn further attention to it but for the fact that [her son’s] complaint makes its contents part of the factual allegations we must review in order to decide whether his case may proceed.

Here’s how the dissent recounted the facts from here: Following the episode of vomiting and dry-heaving, Durbin took Jenkins on a drive lasting over an hour. Roughly 20 minutes into that drive, Jenkins began groaning and irregularly breathing–which her son described as “panting.” No help was rendered. A few minutes later, Jenkins began “screaming and moaning” for over two minutes. No help was rendered, though, even as Jenkins’ “continual groaning, screaming and panting increases and becomes louder,” the complaint alleged.

The complaint “alleges and the footage confirms” that the woman’s cries and condition got worse and worse, Circuit Judge Watford wrote.

The officer, however, didn’t stop for awhile.

At one point, Durbin, in Watford’s words, “turns around and peers into the back seat with his flashlight to check on her” before expressing to himself that Jenkins is “still breathing.”

The dissent highlights, at length, what it believed was a key point in both the complaint and from the video footage:

Officer Durbin pulls off to the side of the road to check on her again. He gets out of the car and walks around to the rear passenger-side door. Ms. Jenkins is lying on her side across the back seat, and her head must have been leaning against the door because when Officer Durbin opens it, her head tumbles out of the car in a manner suggesting that she is either unconscious or dead asleep. As the complaint alleges and the video confirms, Ms. Jenkins is listless and continues to exhibit an “abnormally rapid rate of breathing.” Officer Durbin tells Ms. Jenkins, “I need you to stay awake.” In order to shut the door, he has to push her head back across the threshold into the car. As he does so, Ms. Jenkins pleads with him, “I’m sick.”

After another back and forth of screaming and inquiring, Durbin eventually tells Jenkins to “knock it off.”

“At this point, as the complaint plausibly alleges, Officer Durbin ‘is faced with the objective signs of a serious medical emergency,’ given the drastic decline in Ms. Jenkins’s condition between the time he first encountered her—when she was alert, responsive, and appeared perfectly fine—and now,” Watford argued. “The complaint plausibly alleges that any reasonable officer in these circumstances ‘would have known that there was a high degree of risk in not summoning medical attention’ for Ms. Jenkins.”

The judge described what happened next this way: Durbin arrived at the police station, fingerprinted Jenkins while she was in varying states of consciousness, insisted she’s “faking” and just doesn’t want to go to jail, and then apparently left Jenkins alone in the back of his car for some 11-plus minutes–11-plus minutes that have been edited out of the body camera footage entirely. When he got back to his car, he called for medical help as Jenkins was clearly unconscious.